TreeHouse Foods, one of the largest private label food manufacturers in the United States, is getting into the coffee game. 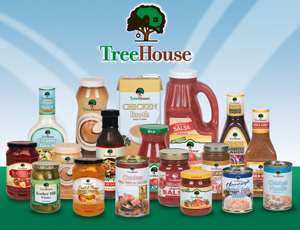 Using legalese-heavy language related to the originality of the coffee product, TreeHouse Chairman and CEO said: “We have, after six years of starting and building this company, for the first time launched a large-scale project for organic growth based on utilization of intellectual property and the assets that we had internally — and that is single-serve filtered coffee. Once there is sufficient data as this rolls out, that TreeHouse will be the leader in that private label category.”

Reed went on to say that the company sees single-serve coffee as a way to expand from its current model supplying products to brick-and-mortar grocery retailers, hinting that Internet sales potential could help justify hundreds of millions of dollars in coffee investment.

Reed also said that the company will be looking to find retailers who want to create a “premium” house brand. “We concluded early on that we would focus only on the premium segment with regard to the quality of the product, how the beans were roasted, how they were blended, that we would limit our initial foray to only those grocery customers that we saw that were committed to creating a house brand,” he said.