Spilled hot coffee has been a near-continuous darling of product liability lawsuits since the infamous Liebeck vs. McDonald’s case in 1994, in which an elderly New Mexico woman was awarded $2.8 million (the award was later reduced) after hot coffee from McDonald’s scalded and burned her pelvic region, requiring hospitalization and skin grafts. 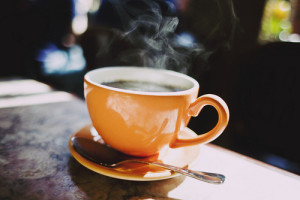 While hot coffee lawsuits no longer make national news, they have actually been more prevalent, and should still be on the radar of coffee shop operators, who are: a) brewing and likely serving hot coffee and milk-heavy espresso drinks that are brewed well above temperatures that could cause second or third degree burns; b) responsible for securing lids on hot drinks; and c) may not have adequate liability insurance protection.

The nonprofit Burn Foundation says water at 140 degrees can cause third degree burning in one second of exposure to the skin. Yet coffee is often brewed well in excess of 190 degrees, and served in excess of 170.

McDonald’s Corp. alone settled at least three hot coffee suits last year, and most of the allegations involve spilled hot coffee in the 170 degree to 190 degree range causing second or third degree burns to limbs, stomachs and pelvic areas. Most often the patrons are in cars but not driving during the incidents, blaming a faulty lid for the spill.

The latest hot coffee product liability lawsuit comes from a 54-year-old Florida man, Francisco Borobolla, who is suing a New Jersey location. His lawyer says he recently suffered “horrendous” burns that required hospitalization after scalding himself during a McDonald’s breakfast. If the past 19 years of legal history is any indication, Borobolla’s suit — which currently seeks unspecified amounts — is likely to be settled out of court, at a big loss to McDonald’s. (The fast food chain was infamously burned in the Liebeck case, eventually shelling out nearly half a million dollars when Liebeck originally only sought $20,000).

When we talk of liquid temperature in the specialty coffee industry, the conversation is almost always related to drink quality. But what of drink safety? Does your coffee shop maintain practices that may one day help it fight a product liability lawsuit? Is there a temperature range for drink service? Are to-go lids composed of high-quality material and are they handled uniformly? Do you have first-hand experience with hot coffee lawsuits?

We’d love to hear your thoughts on this important but certainly annoying topic. Comments below.

I’m a small-scale roaster selling both bean and brewed at the local farmers market. Reading about the specific mentions of burns to the pelvic region, I would personally assume that such lawsuits are generally avoided by not serving hot coffee to a customer in an automobile. So in this way, my business model might automatically insulate me from many of these problems.

Additionally, I use more expensive cups and lids than, say, McDonalds: EcoProducts GreenStripe with FoamAroma. The two fit tightly together, probably moreso than the cheap lids and cups from large chains.

Seriously! If you order coffee, you’ve obviously been drinking it for some time and you know that it is hot. If people can sue for being burned by the coffee they ordered and paid for, then the company should be able to counter-sue for stupidity! These ridiculous lawsuits have become nothing but “get-rich” schemes and someone has to stop them! Any time a consumer makes a purchase, the liability of the seller should end. Period.

At the time of the famous McDonald’s lawsuit from 30 years ago in which there was NO WARNINGS on the cups, that woman’s claim was VALID. She did suffer greatly and I have read her story and it is tragic. She was ridiculed unfairly and never reaped any benefits from her award! In fact from the original judgement of 2.4 Million, she finally received 660K but her surgeries cost in excess of that amount and she was nearly left penniless. I can tell you that even though the drive-thru’s hand you a cup with a lid on it with a warning, it doesn’t eliminate entirely their liability! I have received coffee well in excess of 190 degrees at Jack in the Box which even though there was a warning, apparently it was older coffee and the employee MICROWAVED it too long and it was nearly boiling! I always check first before gulping! But HUMAN ERROR is what most likely causes some incidents. What would be nice is CONSISTENCY! And how about a verbal warning as the employee hands it to the customer? I OWN a coffee truck here in LA and I ALWAYS tell customers when i hand them an Americano or a Cappuccino to let it cool a bit or sip it carefully or I will temper the water to bring it to a safer temperature!

Do you really need to be warned that the coffee is HOT??? If you order a hot drink, you should exercise caution. Accidents happen, and sometimes the consequences are terrible, granted, but I would not blame the merchant for serving the hot coffee. I’d hate to be forced to drink lukewarm coffees in the future, because if this law suit nonsense continues, most likely some years from now no one will serve decently hot drinks anymore.

Next thing we know, we will have people suing manufacturers of microwaves and cook tops for their ability to boil water, or knives manufacturers because they can cut our fingers!

How about purchasing a hot coffee where the barrister “places” the lid perfectly on top of the cup. Notice, I did not say install or push the lid down, nor did the server notify the customer of such. Guess what happens next- unaware coffee drinker takes a sip and is rewarded with scalding burns down his chest. Yes, second degree burns and a beautiful scar for fond memories. If that doesn’t wake you up I don’t know what will. Yup, I’m considering a law suit at this point.

It made sense when you said that to-go lids need to be composed of high-quality materials and uniformly handled to eliminate the risk of burns. There’s been talk at my work lately about getting a coffee machine and disposable cups that the employees can use in the breakroom. I’m glad I read your article so I can make sure we find a distributor for high-quality coffee cup lids as well! https://foamaroma.com/products/

I was a waitress in my early 20’s and had two coffee pots break entirely the glass broke entirely out of the bottom it landed on my foot along with the coffee the second coffee pot suddenly broke from the bottom up on the burner coffee spilled all over the burner. It was scary . I quit and have never returned to this type of work.

People will always find a way to make a lawsuit even when the proprietor has done everything they could to prevent it. And yes people should know that coffee is hot but sometimes a gentle warning is nice. People often have so many things on their mind, I live in a very busy city called Los Angeles, and there’s a lot of stress and sometimes just telling people hey be careful with the coffee is hot, it’s nice and it shows compassion for other human beings.

It’s so goddamn simple, coffee hot, be careful, that’s what people should do and they don’t, and guess who gets in trouble for the buyers stupidity? The company!