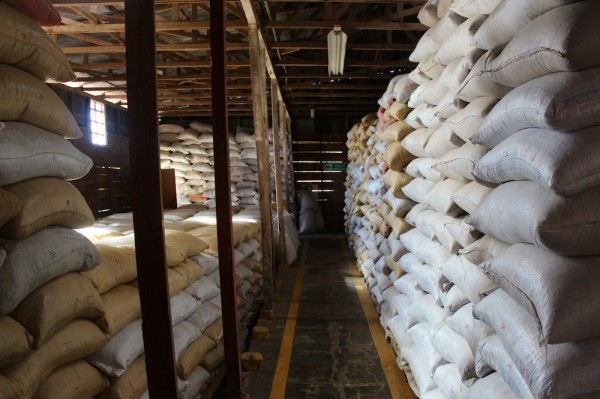 Green coffee in bags. Photo courtesy of the LEAF Project.

The United States Department of Agriculture has released its latest estimates for annual global coffee production, predicting a 1.5 million total drop to 147.8 million bags in 2014/15, despite rising demand.

The USDA’s semiannual announcement is a major speculative force, and the downward estimate is likely to increase uncertainty what has already been a highly volatile market based on unclear data. That said, the global production total has only been revised downward by 400,000 bags since the USDA’s previous estimates in December.

Of course, much of the decline is attributed to weather factors in Brazil, where the harvest is currently underway, although slight rebounds in Colombia, Central America and Mexico due to leaf rust (la roya) response are helping improve global inventory to meet record-high exports and demand. Following is a region-by-region breakdown of some of the main points from the report:

In addition to production estimates, the USDA also released some import estimates for the European Union and the United States, which represent the top two importing regions in the world, respectively:

Vietnam, please don’t produce more. You’re going to make coffee farmers all over the world go broke, like you already did in the mid 90s.