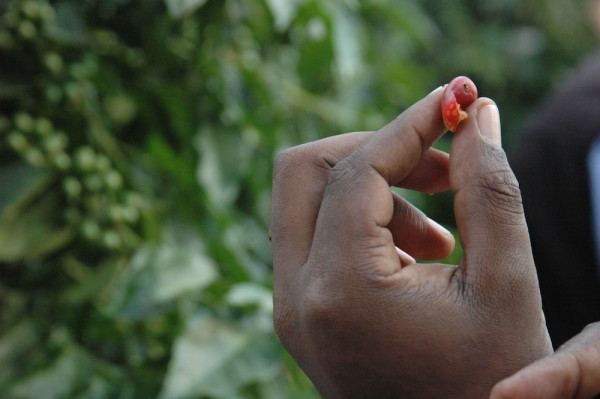 A group of people fighting a huge problem in coffeelands of the Great Lakes Region of Africa — potato taste defect — is banking on one small team’s research on antestia bug (antestiopsis orbitalis) mitigation.

The Global Knowledge Initiative and Cup of Excellence Award organizer Alliance for Coffee Excellence have issued a $20,000 Potato Taste Challenge Prize to Joseph Bigirimana of the Rwanda Agriculture Board. Bigirimana will work with RAB colleagues Dick Walyaro and Theodore Aswiimwe over two years to determine whether control of the bug will also mitigate potato taste.

The defect, which some describe in cupping as causing a potato peel flavor, has most commonly been found in coffees coming from Rwanda, Burundi and the Democratic Republic of Congo, but it has been found in all of East Africa’s coffee countries.

Money for the challenge was raised after some 150 stakeholders attended a symposium hosted by the Rwandan government in March on East African coffee, during which participants voiced the clear need for practical solutions, as previously existing premium market opportunities were being lost due to affected coffees. A number of ACE-member companies contributed to the prize pot.

Specifically, Bigirimana and his team plan to study the effects of pyrethroid organic pesticide on the antestia bugs, and the subsequent effects on potato taste. They will use baseline and post-intervention cuppings to provide evidence. The team will also get the support of GKI’s network of LINK program partners — a list that has been growing to collaborate against potato taste since 2012  — including researchers at the University of Rwanda, CIRAD in France, Icipe in Kenya,and Seattle University, Michigan State University, and the University of California, Riverside.