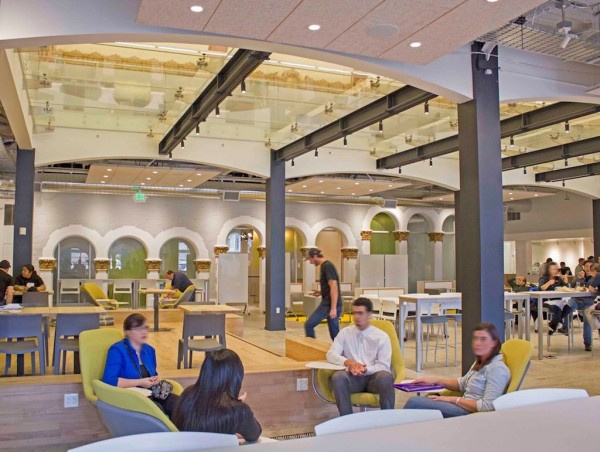 While some smaller cafes shy away from wi-fi to discourage space-and-time-eating laptop use, a new cafe concept in the heart of Silicon Valley is taking the opposite approach. German multinational technology company SAP SE today unveiled Hanahaus, which the company describes as a “cafe and community workspace that aims to foster a vibrant culture of technology innovation.”

Blue Bottle Coffee is partnering with Hanahaus to provide the coffee service, as well as a freshly prepared meals throughout breakfast, lunch and dinner. The facility, representing Blue Bottle’s 18th retail outpost, occupies 15,000 square feet inside the 1920s New Varsity Theater in Palo Alto, which most recently housed a Borders bookstore after decades as a working theater. 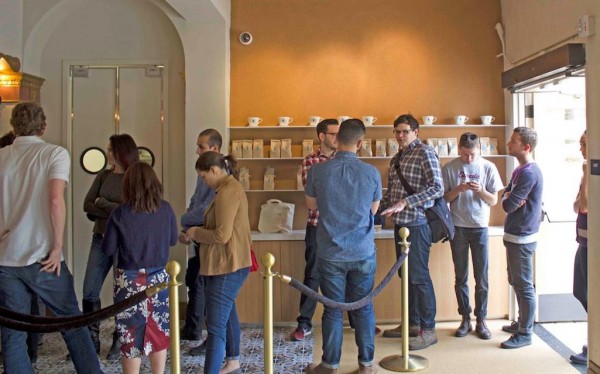 “Hanahaus is not just a physical space,” says Hasso Plattner, the chairman of SAP SE’s supervisory board who led the cafe concept. “Our goal is to create a sense of community, along with a culture that actively fosters creativity, connection and collaboration. These elements are vital to discovery and the cultivation of new ideas.”

At 456 University Avenue, The shop officially opened to the public today.