Can the Coffee Industry Afford to Address Child Labor and Forced Labor? 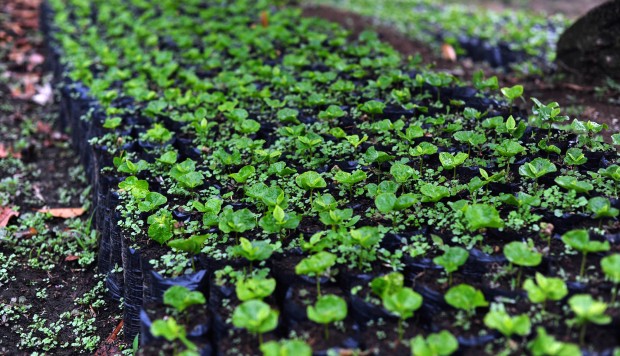 What’s it got to do with coffee? The Consultative Group’s report makes prominent mention of coffee, which appears frequently on the U.S. Department of Labor’s List of Goods Produced by Child Labor or Forced Labor. (The most recent List reports the existence of child labor in the coffeelands in 14 countries, including some that are important specialty coffee origins.)

The Consultative Group’s recommendations were adopted without modification by the U.S. Department of Agriculture as voluntary guidelines for U.S. companies. But not everyone was convinced they were a good thing.

The National Coffee Association, among others, regarded them as too expensive — “onerous and especially costly to implement” was the precise language it used. In a public comment also signed by other trade groups, the NCA further suggested that “certification that farms are not using child labor will be nearly impossible in the case of products or commodities produced on a large number of small, remote farms.” Products like coffee, for example.

Now, more than four years after they were published, the U.S. Department of Labor wants to test the USDA guidelines. It is offering a grant worth up to $4.87 million to support a pilot program for companies that implement all of them in their agricultural supply chains.

There is no guarantee, of course, that the Department of Labor will award funds to support work in the coffee sector. If it does, we may learn that the NCA was right. Perhaps we can’t protect children and victims of forced labor in the coffeelands. At least, not in all the ways the USDA recommends. But with many of millions of lives in the balance, it sure seems like it is worth a try.

The Consultative Group Report is thoughtful and well worth a read. It includes discussion of the context for child labor: 215 million children working worldwide in 2008, most of them in agriculture, and more than half of them in jobs characterized by their governments as hazardous.

It draws the important distinction between farm work for young people — the kind of character-building work kids have done on farms across America’s heartland for generations — and the worst forms of child labor as defined by the ILO: work that is exploitative, exhausting, hazardous or all three.

It is humble enough to acknowledge that even the most well-intentioned programs can do harm to the people it is trying to help.

It is sober in its assessment of how much the private sector — the primary audience for the USDA guidelines — can do on its own on issues of child labor and forced labor. It concludes that “reduction” of child labor and forced labor is a more appropriate aspiration for the guidelines than “elimination,” while urging sustained cross-sector engagement with governments and civil society organizations that share the burden on these complex issues.

And finally, it advances the recommendations that were adopted by the USDA as guidelines for companies importing agricultural products into the United States.  These are some of the highlights:

In the end, the NCA may be right.  Implementing all those guidelines does sound awfully expensive. Maybe coffee companies can’t afford them. And it is not at all clear that they will be more effective in addressing child or forced labor than current efforts.

But they could be. And even if they aren’t, the Consultative Group and the USDA have performed an invaluable service for the coffee sector in developing the guidelines and the U.S. Department of Labor in testing them: As the specialty coffee community deepens its engagement with issues of farm labor generally — and the more insidious issues of child labor, forced labor, trafficking and modern-day slavery, specifically — they have articulated, and will soon field-test, a high-bar standard of labor practices that will inform future efforts to protect the most vulnerable people in our supply chains.

How can an Industry that, as a selling point, claims to be saving the world, not address these issues? How can I go to a PTO and stare out at a sea of farmworkers and feel good about me essentially facilitating a cycle of poverty and suffering? We as a whole can either take responsiblity or we can do what has become the norm. Logic says this issue has the potential to cripple the industry as well as create yet another social blight in the world.

Thanks, David P and David B, for your comments and your passion on this issue!

I should say that I believe the problems the USDA Guidelines are designed to address are a symptom of relentless price-based competition and a reality of our food system. I don’t think giving up coffee is an effective response to the existence of labor abuses in coffee supply chains. If we were to give up all the foods and drinks produced under questionable labor practices, we would be pretty hungry.

That said, I also believe the coffee sector can do better. At the very least, I think we can demand more evidence of effort in addressing these issues from our coffee brands.

Thanks again for joining the conversation.

I’m wondering if you know any organisation that has applied for this grant and has particular interest in the supply chain of coffee. According to the grant’s description “Applicants must apply as part of a partnership with one or more companies (subrecipients/contractors). Any company involved in the production, processing and/or distribution of agricultural products or commodities, or a company that uses such products or commodities as inputs into further processed goods, is an eligible subrecipient/contractor”. Our company in Colombia works in the coffee sector (producer and exporter) and we’d be very interested in joining a potential partnership with a grant applicant.