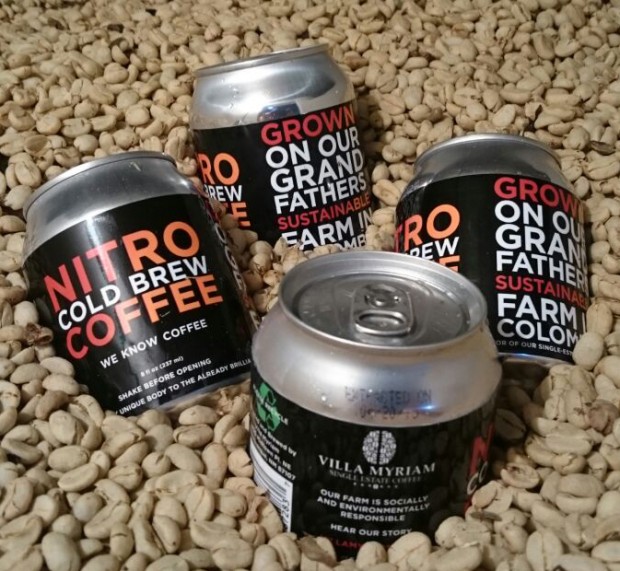 Villa Myriam, the vertically oriented coffee company with U.S. production facilities in New Mexico, has announced the distribution of its nitro cold brew to more than 200 locations locally and regionally, with nationwide distribution plans forthcoming.

The product itself won Best New Product at a Coffee Fest event last year before its local and regional distribution launch. It is being steeped, brewed, nitrogenated and canned in-house at Villa Myriam’s 5,600-square-foot production facility in Albuquerque.

Coffee for the cold brew, like all of Villa Myriam’s coffees, comes from the company’s family farm near the town of Piendamó, in central Colombia’s Cauca department, a marketing point that is boldly announced on the can itself.

Brothers David and Juan Certain launched the coffee business in 2011, returning to the hacienda founded, planted and operated by their grandfather since the 1960s. They now operate the farm and import the coffee for roasting. The company also recently celebrated the two year anniversary of their retail coffee and tea shop, The Brew, in downtown Albuqurque.

The company describes the cold brew product — which is sold individually in 8-ounce short cans or in 9-packs online for $27.95 — as “having a strong front pres­ence of choco­late, with toasted oat notes and a sweet molasses fin­ish.”

I live in so. florida and am interested in distributing

where can i buynitro in can in florida?

If you are looking for a cold brew to distribute check out these guys boldbrew.com