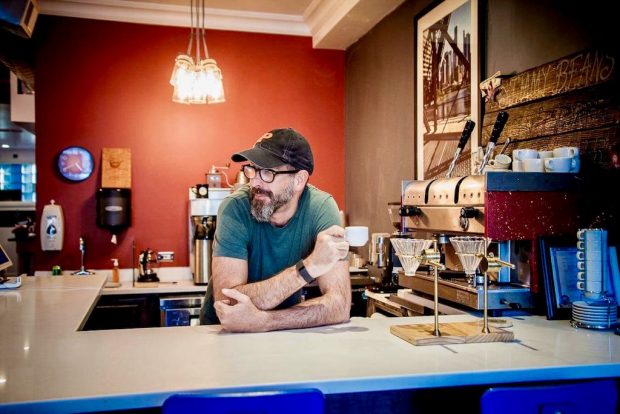 You can discover a lot about yourself while out camping, roughing it, making do with the tools and provisions that you’ve got. It was on a camping expedition with some friends that Jim Petrozzini, for example, recognized that when push came to shove, he had a knack for roasting coffee.

“Nobody had coffee,” Petrozzini told Daily Coffee News, “but we had this big cast iron skillet and someone else that was camping had this can of green coffee beans from CostCo of all places.”

Wearing three layers of gloves to hold and shake the hot, heavy pan over the fire, they roasted what they had and then wrapped the brown beans in a bandana and bashed it with a rock, for lack of a grinder. “It turned out pretty decent,” said Petrozzini, who later tried to replicate the camping pan method over his home barbeque using scrap cherry and mahogany hardwoods as fuel and a modified grill basket to keep the beans over the heat but not in contact with direct flame. 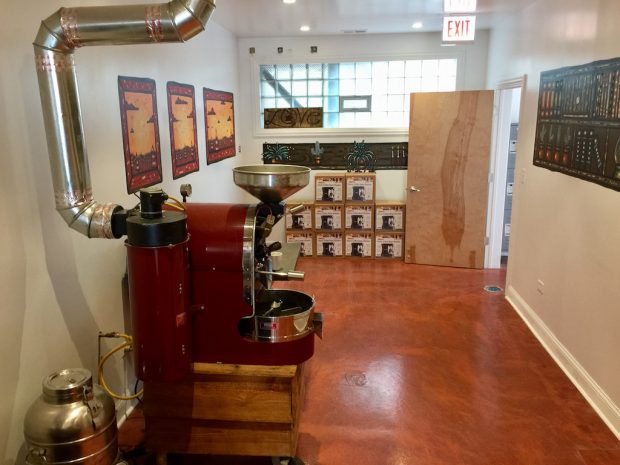 Friends and relatives kept coming back for more of this roasted product, which eventually gained him the nickname of Jimmy Beans and paved the way to a retail operation at local farmer’s markets. The proceeds from the market were enough to fund an upgrade about three years ago to a 3-kilo-capacity Diedrich roaster that he purchased from Ipsento Coffee owner Tim Taylor. That IR3 now hums at the heart of a production space in the backroom of the Jimmy Beans Coffee shop that soft-opened to the public late last month (map link).

Behind the counter at Jimmy Beans there stands at attention a 2-group spring-lever CMA espresso machine, with panels painted by local Chicago artist Sick Fisher. The machine, whose manual nature emphasizes the company’s spirit of hands-on craftsmanship, is accompanied by a Rancilio and Mazzer grinders. There are batches of drip through a Fetco, French press brews, and a powerful 48-hour-steeped nitro-infused cold brew on tap. 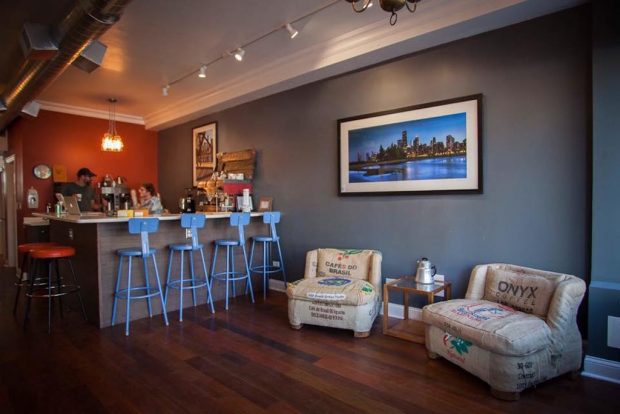 Sick Fisher and a handful of other artists will also be among the first featured in the art gallery upstairs from the café, inside the converted two-bedroom apartment on the upper story of the building entirely owned by Petrozzini. He bought the building roughly two years ago through a deal he found after having worked 15 years in real estate and property management — his career prior to coffee. “It wasn’t as good of a deal as I thought. I had to do a ton of remodeling,” Petrozzini said of the roastery-café buildout process to pass inspections by the city of Chicago.

Petrozzini’s roasting style is largely self-directed, though he’s learned the nuts and bolts of the craft through pointers and lessons from other roasters whose paths he’s crossed. Ipsento’s Taylor offered some basics on the operation of the IR3, and Petrozzini also welcomes other experienced roasters to spend some time on his IR3 in exchange for some lessons and wisdom. 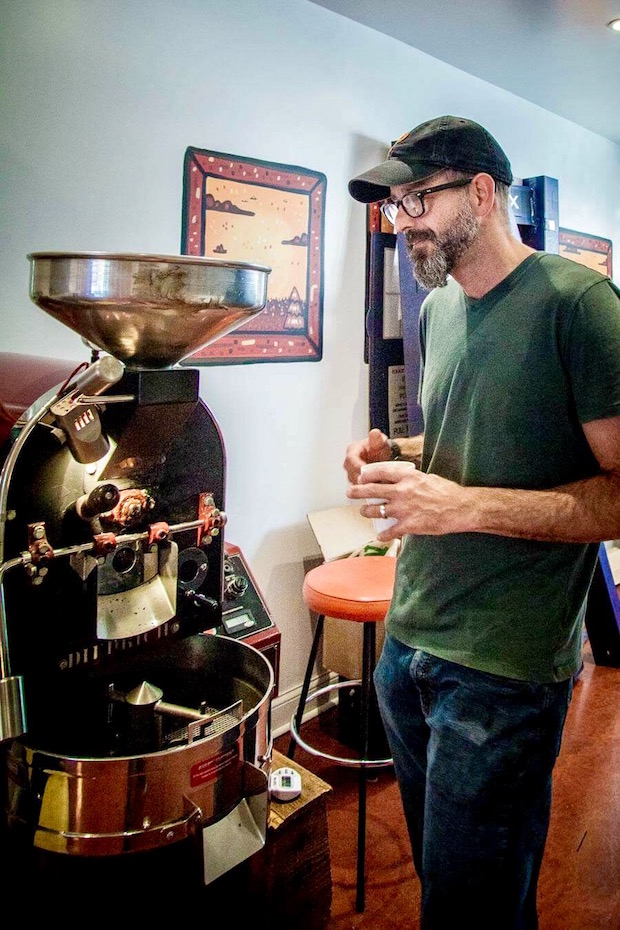 “I’ve been really working at remaining teachable, because that’s the whole reason why I’m in this coffee business,” he said. “I like coffee and I want to learn more about it so I can pass that on to customers.”

True to his home-roasting roots, Jimmy Beans not only roasts the green coffees he sources through Burman Coffee Traders for sale and service at the cafe, but also repackages tiny portions of green coffee to sell to home roasters along with Nesco brand home coffee roasting machines.

“We hope to expand on that. I’d really like to get people interested in roasting coffee at home. It’s a lot of fun,” said Petrozzini. “It makes the house smell great, and you have fresh-roasted coffee at the push of a button. It’s nice.” 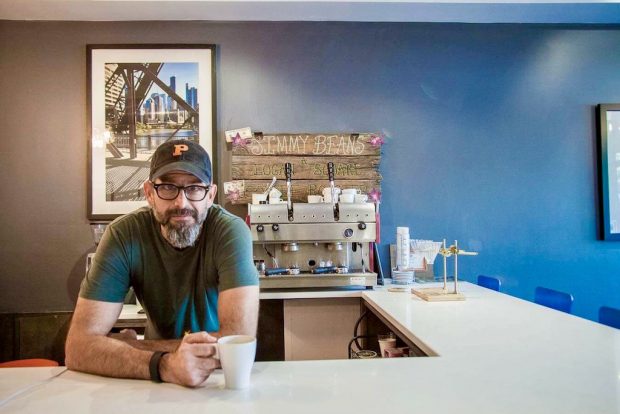 Goals for the future include expanding both the wholesale business and the educational services, the latter of which might take the form of a sort of toll-roasting service where Petrozzini invites other area coffee shop owners into the roastery to learn to roast their own coffee on his equipment, which he hopes to soon upgrade to a 5-kilo Diedrich.

“I’m just trying to get to a point where I’m educated enough that I can educate people on how to make good coffee and enjoy good coffee, and not have to pay an arm and leg to get it,” said Petrozzini. “We’re just trying to keep things simple so we can keep giving people an affordable, good cup of coffee.”