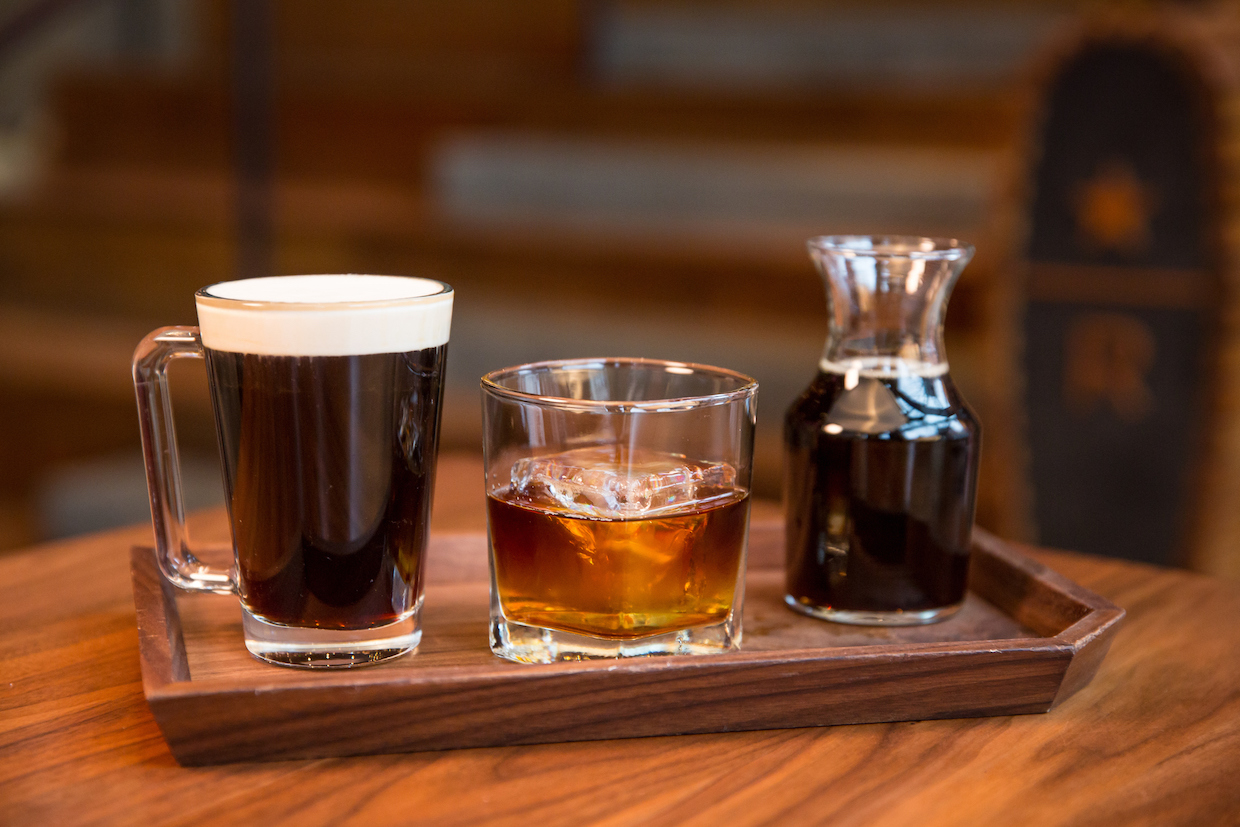 Starbucks has for the first time introduced barrel-conditioned coffee to its menu, offering a new whiskey-barrel-aged Sulawesi out of its Seattle Reserve brand roastery in the form of bulk whole bean coffee, as well as two new drinks drawing from the 800-pound aged batch.

An announcement from Starbucks today made vague suggestions that the company is the first ever to experiment with barrel aging coffee, although let’s be totally clear that it is not. In reality, today’s announcement marks a kind of mainstreaming moment of adoption for the method, which numerous roasteries throughout the United States and beyond have been experimenting with since at least 2012.

Barrel aging or barrel conditioning is a process that involves placing green, unroasted coffee in used wine or spirits barrels, where they are aged typically for a period of weeks, during which time there is some manual agitation involved to ensure more even surface contact among the coffee beans with the interior surfaces of the barrel. Flavors of the original wine or spirit are then imparted into the green coffee, while surviving and evolving through the roasting process to offer flavors not traditionally found in roasted coffee.

Ceremony Coffee Roasters of Annapolis, Md., is often credited with being the first U.S. roaster to experiment with barrel aging of commercially sold coffees, and other early adopters and highly experimental practitioners of the production method have included Chicago’s Dark Matter Coffee and San Diego beer brewery and coffee roastery Modern Times. The practice has since been tinkered with by dozens, if not scores or hundreds, of coffee roasters throughout the United States.

Starbucks said its own experimentation with barrel aging came from Duane Thompson of the company’s beverage R&D team. “Thompson began practicing barrel aging as a hobby in his garage four years ago,” Starbucks said in today’s announcement. “He saw the barrel-aging technique as something that takes true craftsmanship, and he was drawn to the idea that things get better with age.”

Starbucks’ washed Sulawesi is aged in American Oak whiskey barrels from King County-based Woodinville Whiskey, Co. The coffee is now available in the café as a barrel aged cold brew sweetened with vanilla syrup in a carafe served next to a glass with a large cube of ice, and as a “barrel aged con crema,” described as a hot pourover with “barrel-aged vanilla syrup, topped with cascara sugar cold-foam topping.”

The best whiskey cold brew is produced by Stillwater Cold Brew Co. They don’t have to hide it under vanilla syrup.

Nice gimmick but if I want whiskey in my coffee, I will put it there. Generally, the whiskey overpowers the coffee when you brew barrel aged coffee.

Some of these techniques should be left for the Microbrewers like we have here in Tennessee. Only they can really maintain the level of quality necessary for this type of thing. I appreciate what Starbucks does at scale but this announcement is just PR and makes for probably pretty iffy coffee. But calling it cold brew is just insulting.