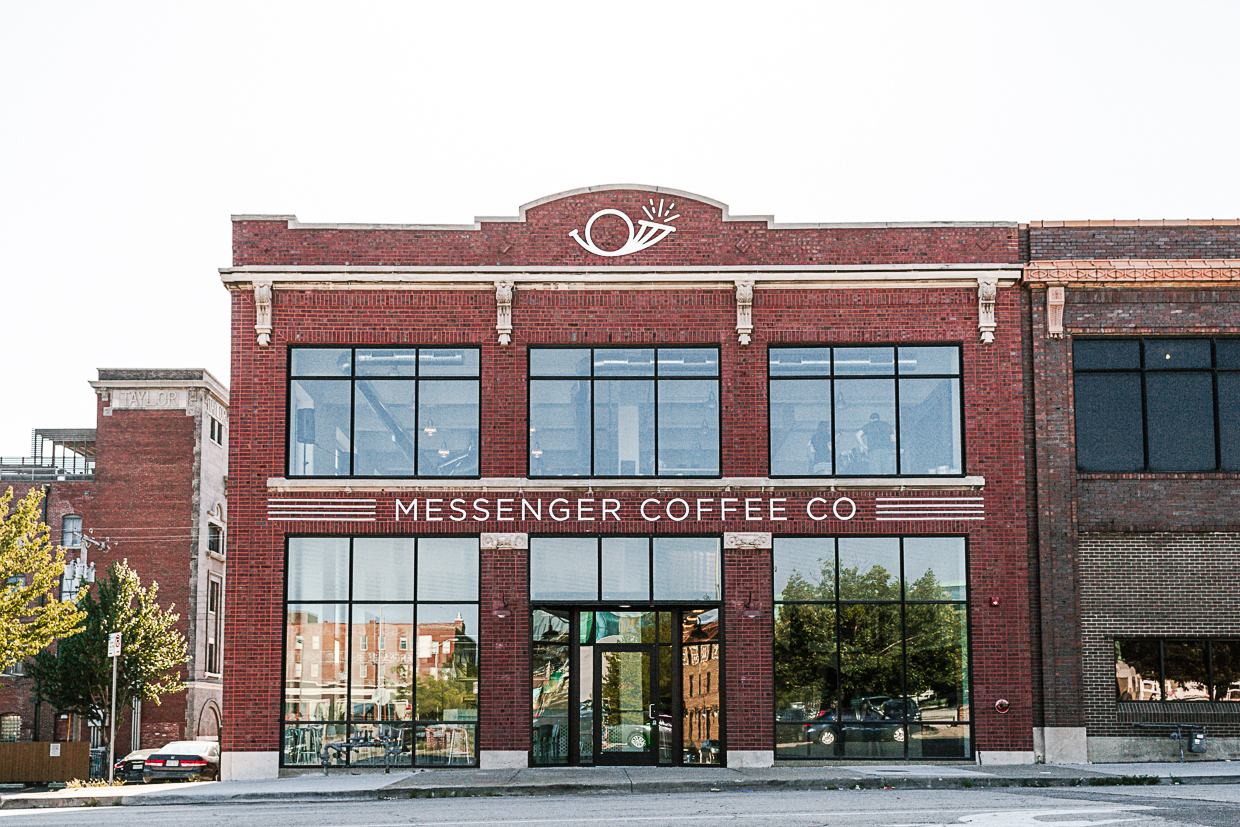 In Kansas City, Mo., Messenger Coffee is soon to achieve a sort of vertical integration — not in the industrial economic sense, but physically, with a four-story roastery café built out in collaboration with the likeminded Ibis Bakery.

In an historic 1919 building at Grand Blvd and E 17th St that originally housed the Bruening Brothers Automobile Company, the expansive Ibis bakery and Messenger café will occupy the first floor, including Ibis’ on-site flour mill. The Messenger roastery and “slow bar” are on the second floor. Up the grand open staircase from there, the third floor offers patrons some quiet and comfortable seating in a lounge with a stereo, as well as an outdoor rooftop deck with its own fireplace. There’s also a basement for green coffee storage, and each level has a footprint of about 5,500 square feet. 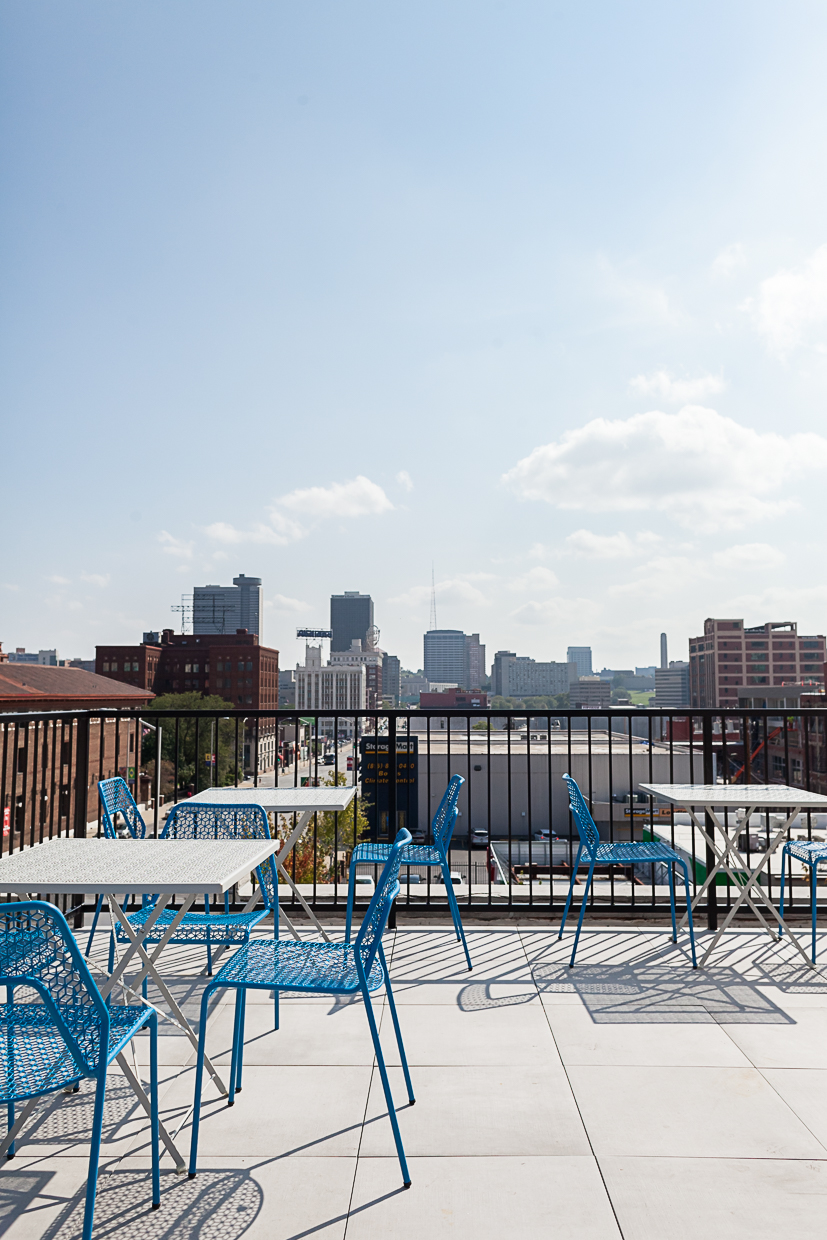 Messenger, founded in 2013, has also since 2014 owned and operated four Filling Station Coffee Garage retail locations, which have been a helpful resource in the development of Messenger’s wholesale program. “We use that business for menu ideas, and the way we manage it is an open book to our new accounts that are new to opening a café,” Messenger Managing Partner Nick Robertson told Daily Coffee News.

The collaborative new roastery and bakery location is the coffee company’s first Messenger-branded retail operation. Although it, too, is a tool to support wholesale growth. 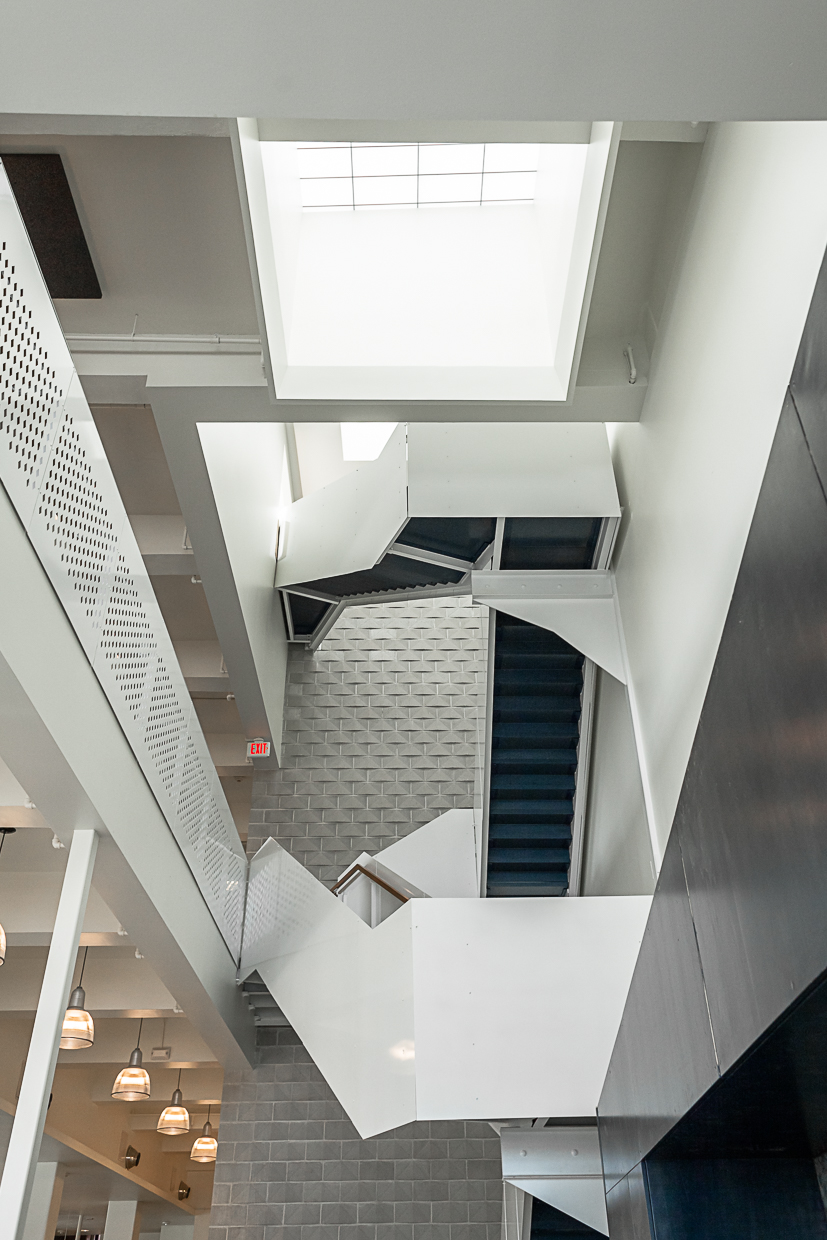 “The building was set up to be a hub for wholesale,” said Robertson, noting that the location’s QC lab and cupping facility is also a training facility. “We’ll have the slow bar on the second floor where some of our out-of-town accounts can come and serve coffee on the weekend, and highlight their café.”

The second-floor bar is distinguished from the service on the ground floor in that it’s slowness is not necessarily a function of manual brewing; it’s also a place for more detailed and deliberate interactions about the coffee, its roasting and preparation. That preparation is through a 2-group La Marzocco Linea PB and two Mahlkonig Peak  grinders along with an EK43 and manual brew methods. 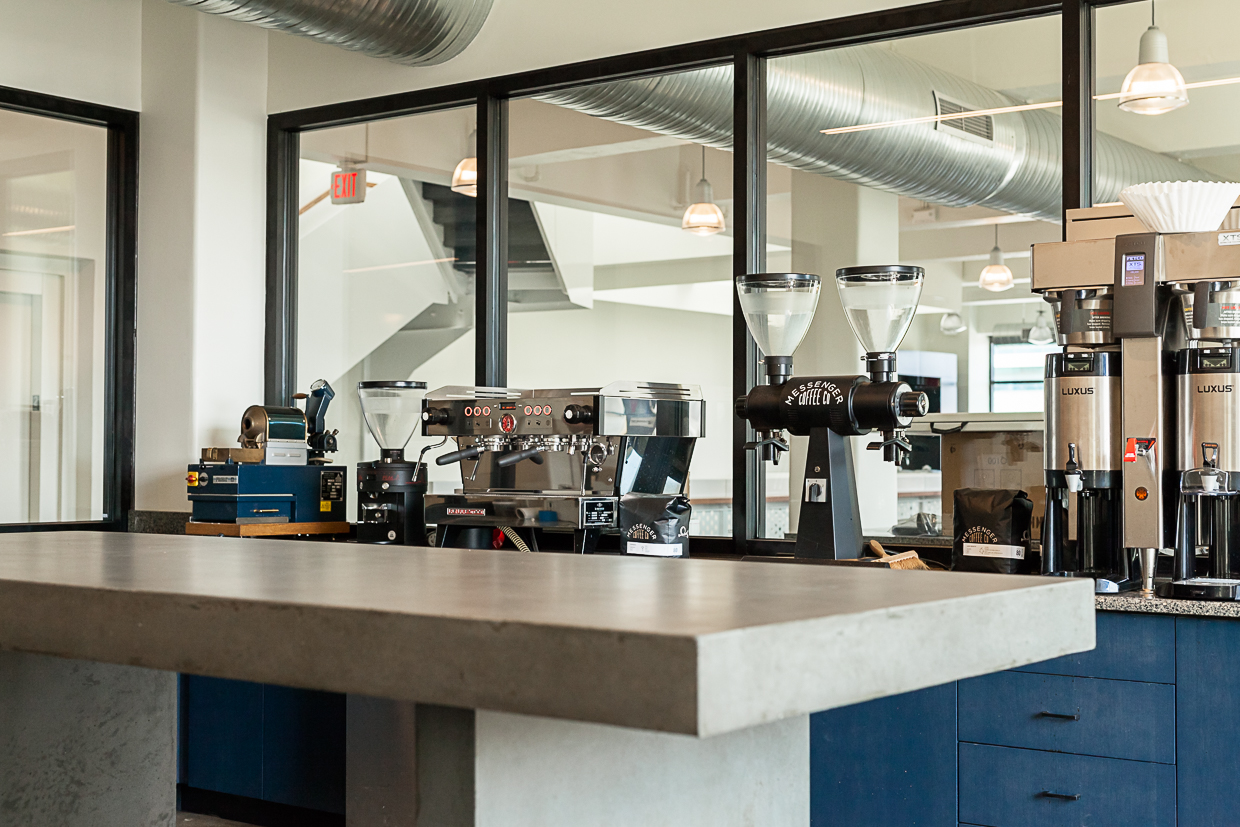 The roastery consists of an electric Probat single-barrel sample roaster and two San Franciscan machines, one SF-25 and one SF-75. Said Robertson, “As much as it is a café and retail for Messenger Coffee, the wholesale side of Messenger really sees it as a tool for our wholesale, which is Messenger’s number one priority.”

This is not to discount the offerings at the café, where a 3-group Linea PB with ABR is flanked by three Mahlkonig Peak grinders for espresso, a Fetco XTS generates batches of quick-turnaround cups ground by a Mahlkonig GSS1, and an EK43 grinds for manual single-cup brews. In addition to single-origin coffees, patrons can order drinks made with their choice of what Messenger calls its “American” espresso, which is of a more acidic, “third wave” style, or the classic house espresso, blended specifically for preparations with milk. 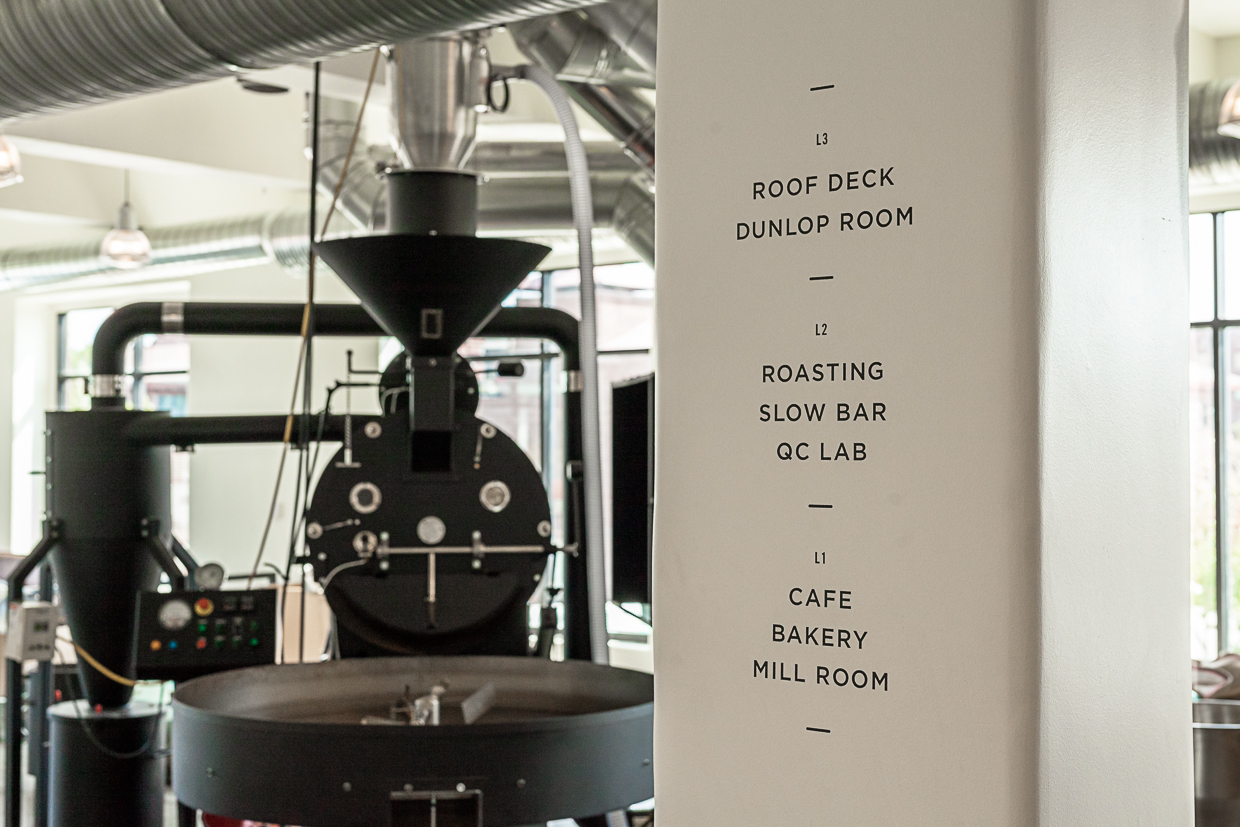 “Our house espresso is a modern Italian blend, and we’re really proud of that. Messenger’s only been around for four years, but it was the culmination of other companies,” said Robertson. “It’s a ten-year-old espresso blend.”

For their single-origin coffees, Messenger’s general roasting philosophy is to pursue maximum caramelization short of burning the coffee. “We want to bring out all the sweetness that we can, without imposing roast character,” said Roberston. “We roast light, but we are not a roaster that you’re typically going to find an under-roasted, vegetal, grassy coffee, because it’s very important to us that we capitalize on all the sweetness that the coffee has to offer.” 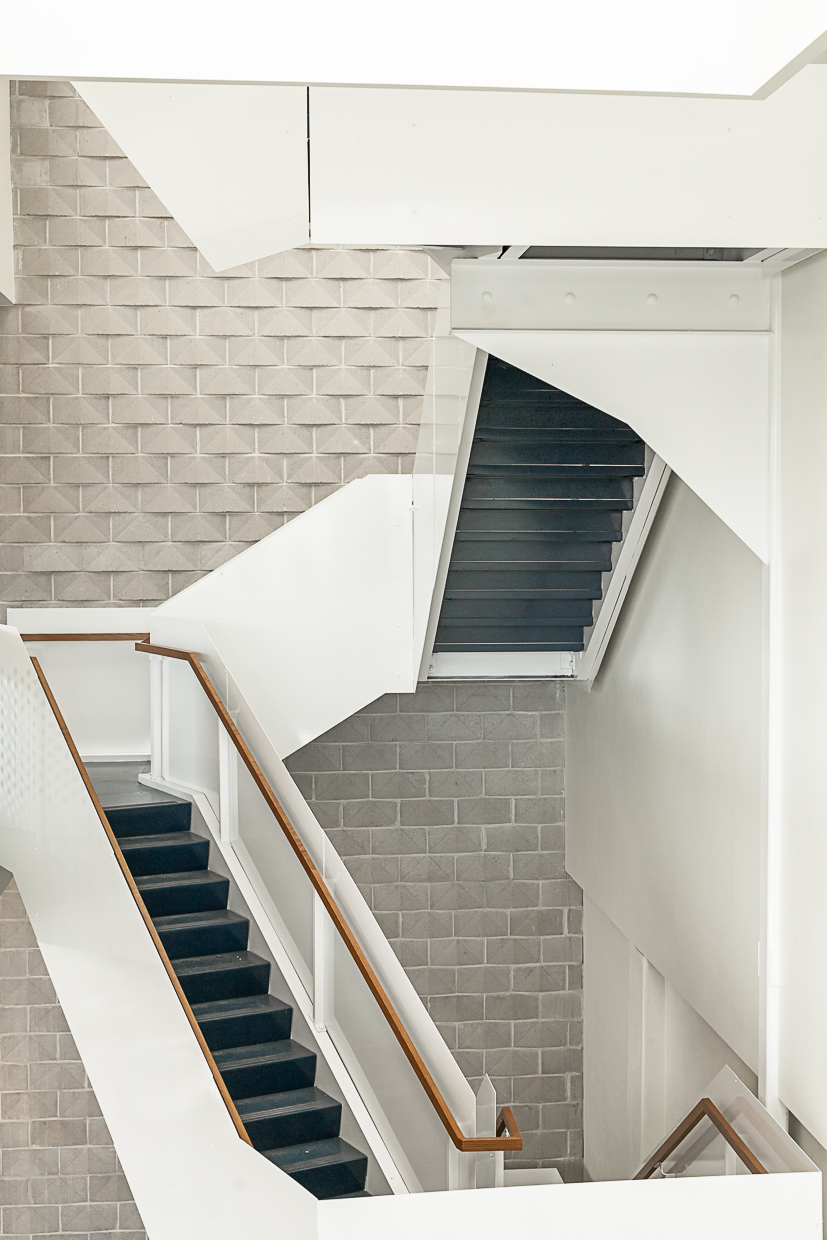 The greens are sourced often through partnerships Messenger forms directly with farmers at origin, which are then brought to the U.S. by way of local KCMO-based import company Anthem Coffee Imports. Additional offerings also come through Royal Coffee, Ally Coffee and Café Imports. Robertson prefers the company trade as directly and equitably as possible, though, and going forward, after the new location opens and settles into its groove, the next expenditure of energy will be on relationship-building in growing regions.

“The name Messenger is about connecting the consumer to the farm, so we definitely want to use our retail business to achieve that,” said Robertson. “But looking forward for us, it’s about building new relationships with farmers every year.” 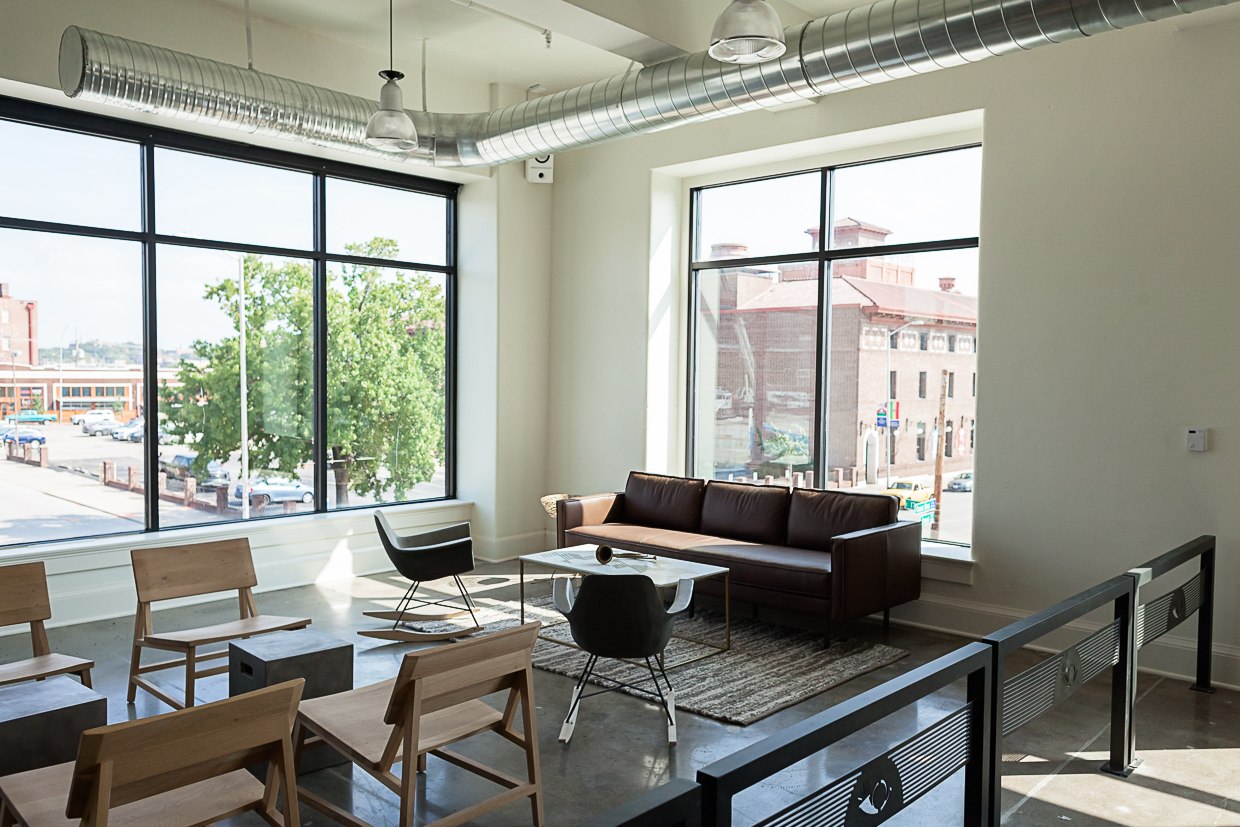 The Messenger Cafe will open at 1624 Grand Boulevard in Kansas City next month.

Very warn, inviting exterior, but I was shocked by the sterile, unwelcoming interior. Not someplace I would enjoy a relaxing cup of coffee.

Umm… it’s not open yet. Still partially under construction… So, yeah. Not sure what your agenda is, but your comment isn’t based in reality.

Little confused. Will you be competing with the Roasterie? Thank you