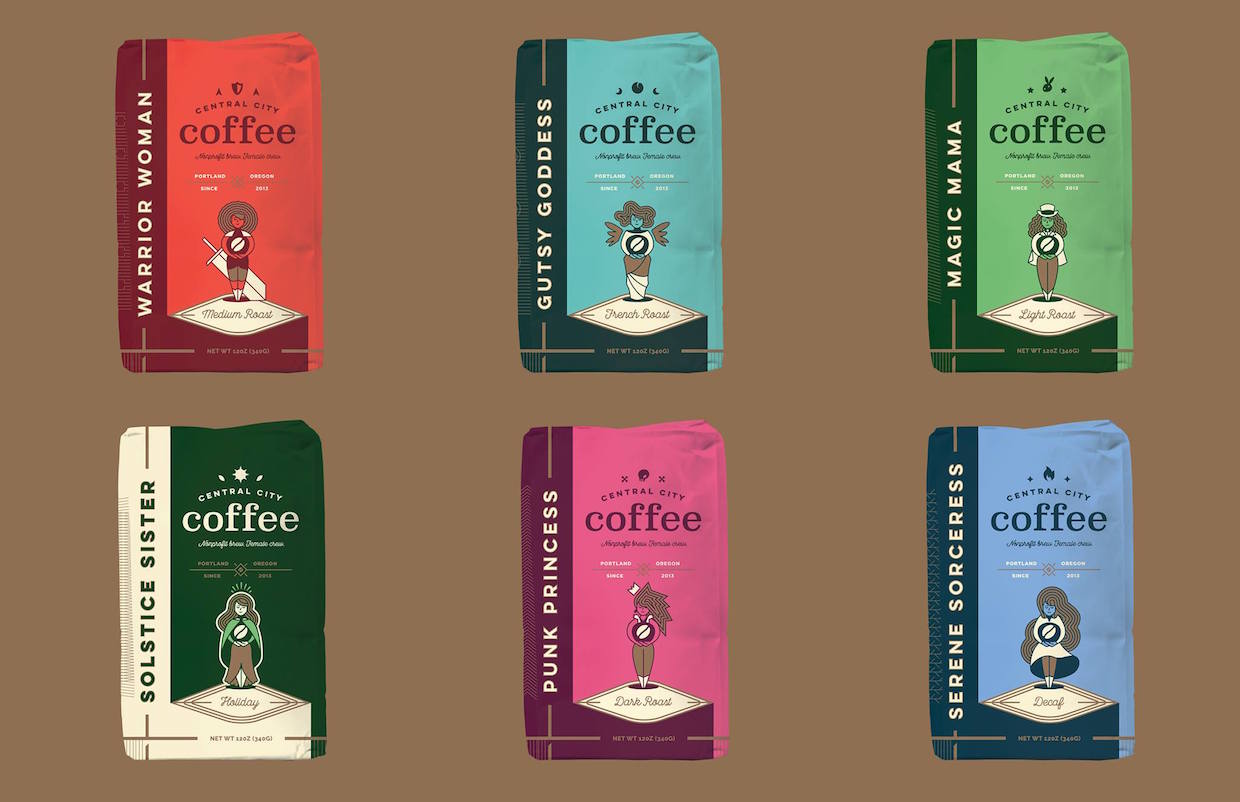 Central City Coffee’s new bags, which are appearing in stores throughout Portland.

Some coffee rebranding efforts simply have loftier goals than others. Yes, they’re all designed to move more coffee, but to what end?

In the case of Portland, Oregon’s Central City Coffee, a rebranding effort not only reinforces the concept of women’s individual and collective strengths, it also ultimately serves to employ more homeless women.

Central City Coffee was founded in 2013 as a nonprofit business unit of Central City Concern. Through various social enterprises, the nearly 40-year-old Portland nonprofit helps to transform the lives of homeless women through securing housing, providing services and network to improve lifestyles and maintain sobriety, and, finally, by providing training and volunteering opportunities for women to seek gainful employment, the final step to self-sufficiency.

Since 2013, Central City has employed 35 women, with 60 dependent children, through the Central City Coffee program, graduating 13 women in 2017. The group estimates that 20 women will graduate in 2018, and that 80 percent of graduates have exited with employment or a full-time education, with 90 percent exiting the program with stable housing.

Now the coffee enterprise has rebranded all the bags for its core blends, while giving its website and online consumer portals complete overhauls — all with the goal to source and roast more coffee, grow the program, train more women and produce more graduates.

The rebrand was launched Oct. 31, with bright, vibrant designs color-coded for each blend, including:

Central City coffees are currently available online, through pop-ups at farmers markets and other events throughout Portland, and in numerous locations of progressive grocery chains such as New Seasons Market, Food Fight! Grocery, Food Front Cooperative and Green Zebra Grocery.