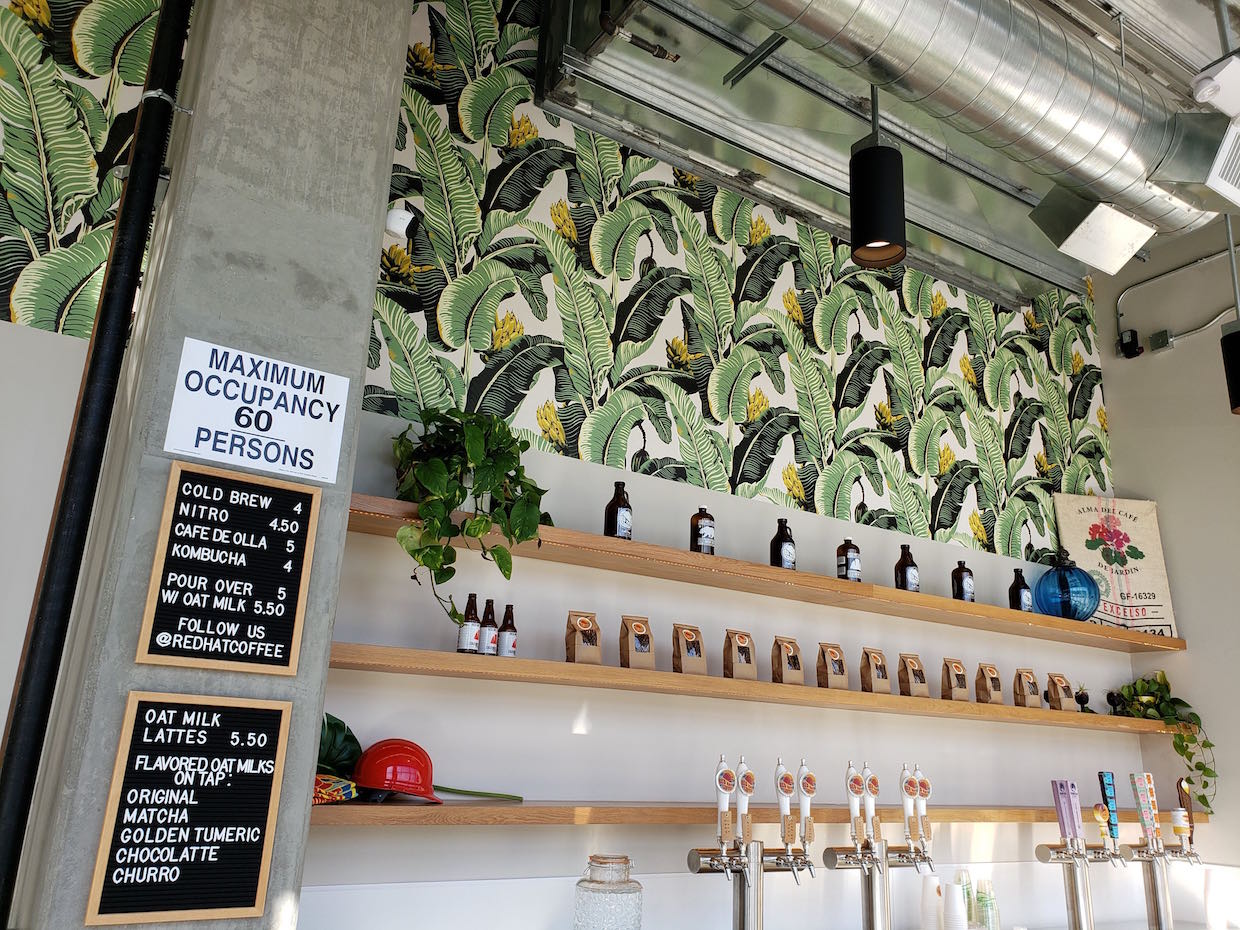 Furthering San Diego’s reputation as a hotbed for cold brew, Red Hat Coffee has opened its taproom and roastery, offering a bevy of cold beverages in the East Village neighborhood.

The airy and cheery 2,000-square-foot cafe — Red Hat’s first brick-and-mortar location — offers mostly cold brew-based drinks, either still or nitro-infused, which can be flavored with natural ingredients and made creamy with a locally made oat milk exclusive to Red Hat. 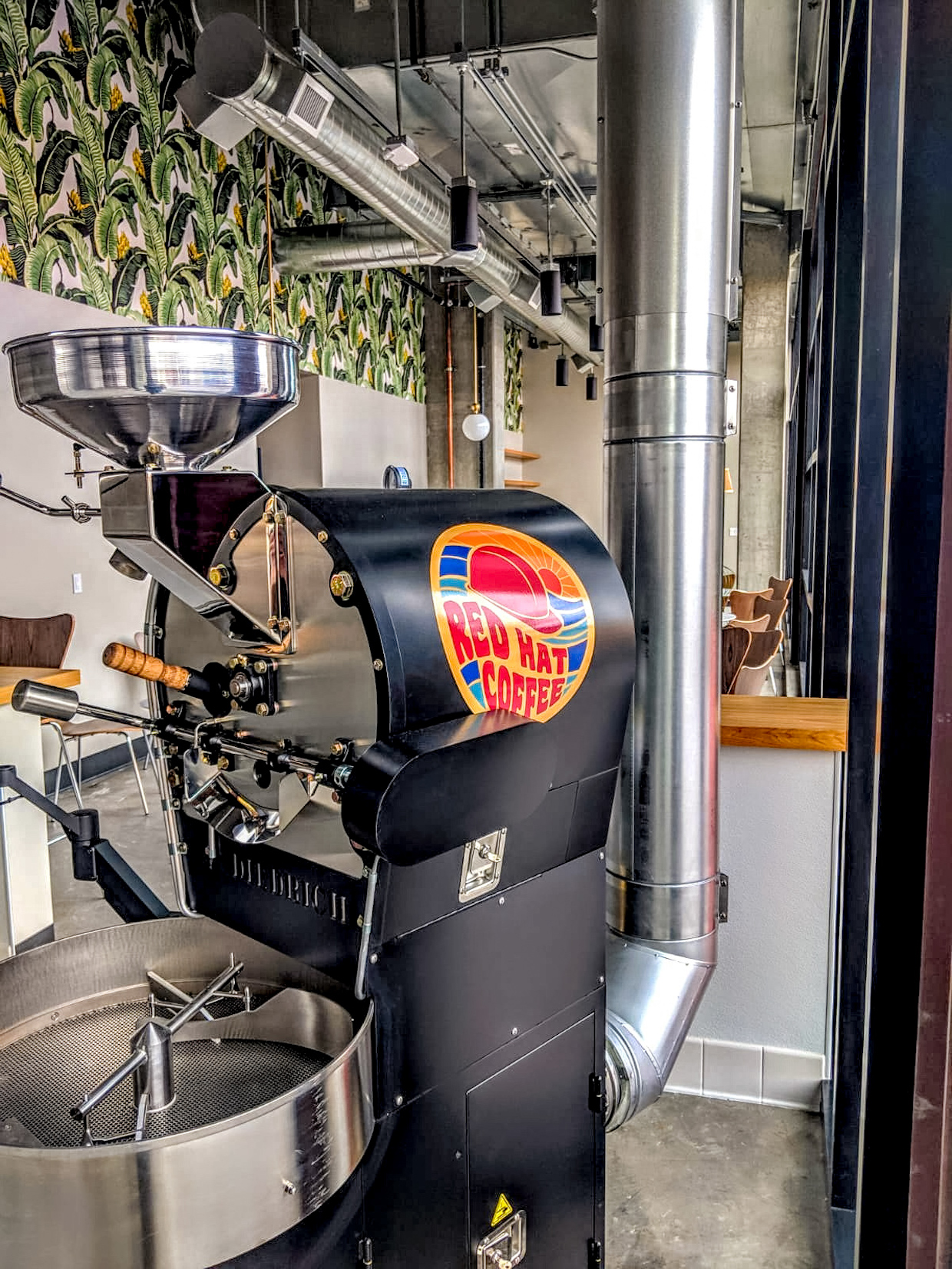 Red Hat Owner James Darenkamp told DCN that the shop is eschewing dairy altogether in favor of oat milk. The decision was guided by the preferences of the Red Hat staff.

“We are not dairy drinkers and feel that almond milks have a consistency that is too thin,” Darenkamp recently told DCN. “Oat milk, on the other hand, provides a non-dairy alternative that also provides a creamy texture that mixes well with coffee.” 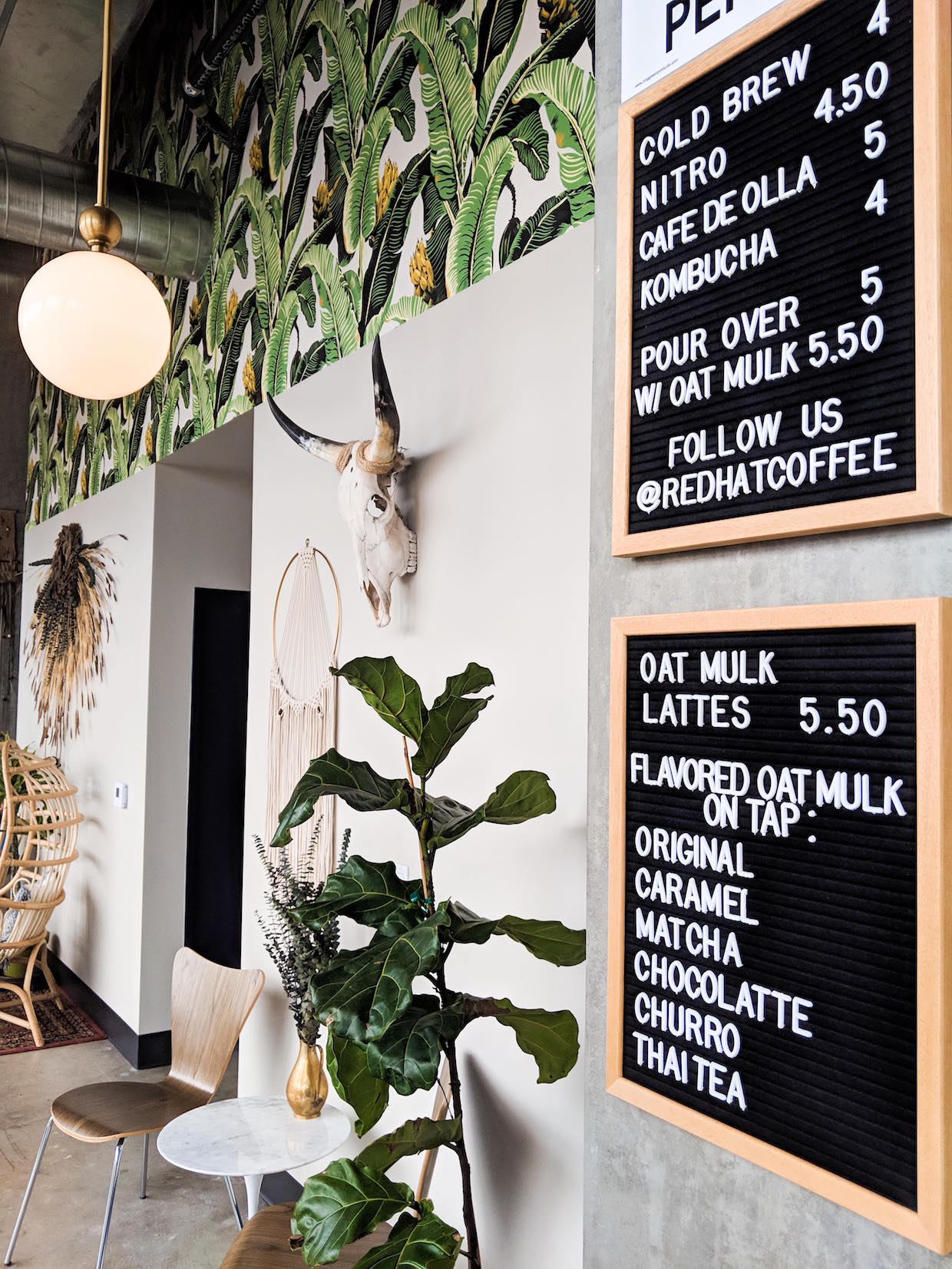 Inside the taproom, green leafy fern-pattern wallpaper is echoed throughout the shop by actual potted plant life, while fibrous hanging pendant lampshades and wall-hangings recall the jute sacks used to ship green coffee around the globe.

Red Hat CEO Ryan King and COO Luis Salgado team up to run the company’s roasting program, which centers around a black Diedrich IR-5 and almost entirely only a certain Rainforest Alliance-certified Colombian Excelso from Antioquia.

“We look for a bean that contains minimal earthiness at a medium roast and that has notes of chocolate, caramel, and some nuttiness,” said Darenkamp. “We experimented with Guatemalan in the past and we were not happy with the outcome, so we stuck with a Colombian Excelso bean, which met the requirements we were looking for.” 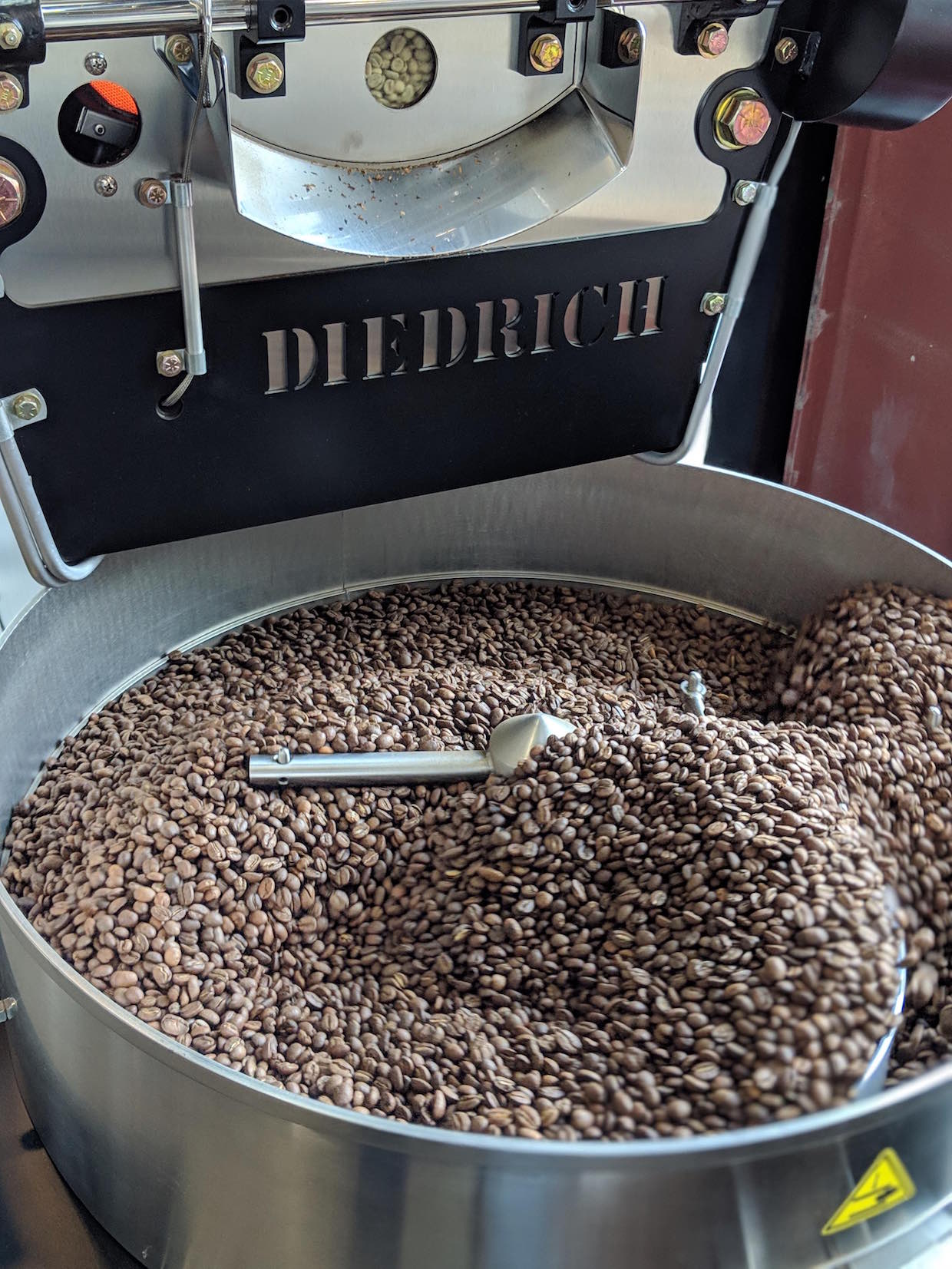 Things do run hot on occasion at Red Hat. Apart from the darkening of green coffees to brown, the shop also offers hot manual pourovers.

“We currently use an aesthetically pleasing glass-based stand in combination with Chemex filters,” said Darenkamp. “Espresso currently doesn’t fit in our product line-up, but it is something that we could add in the future. We chose pourover stands that compliment the theme of our shop, [but] they also work very well.” 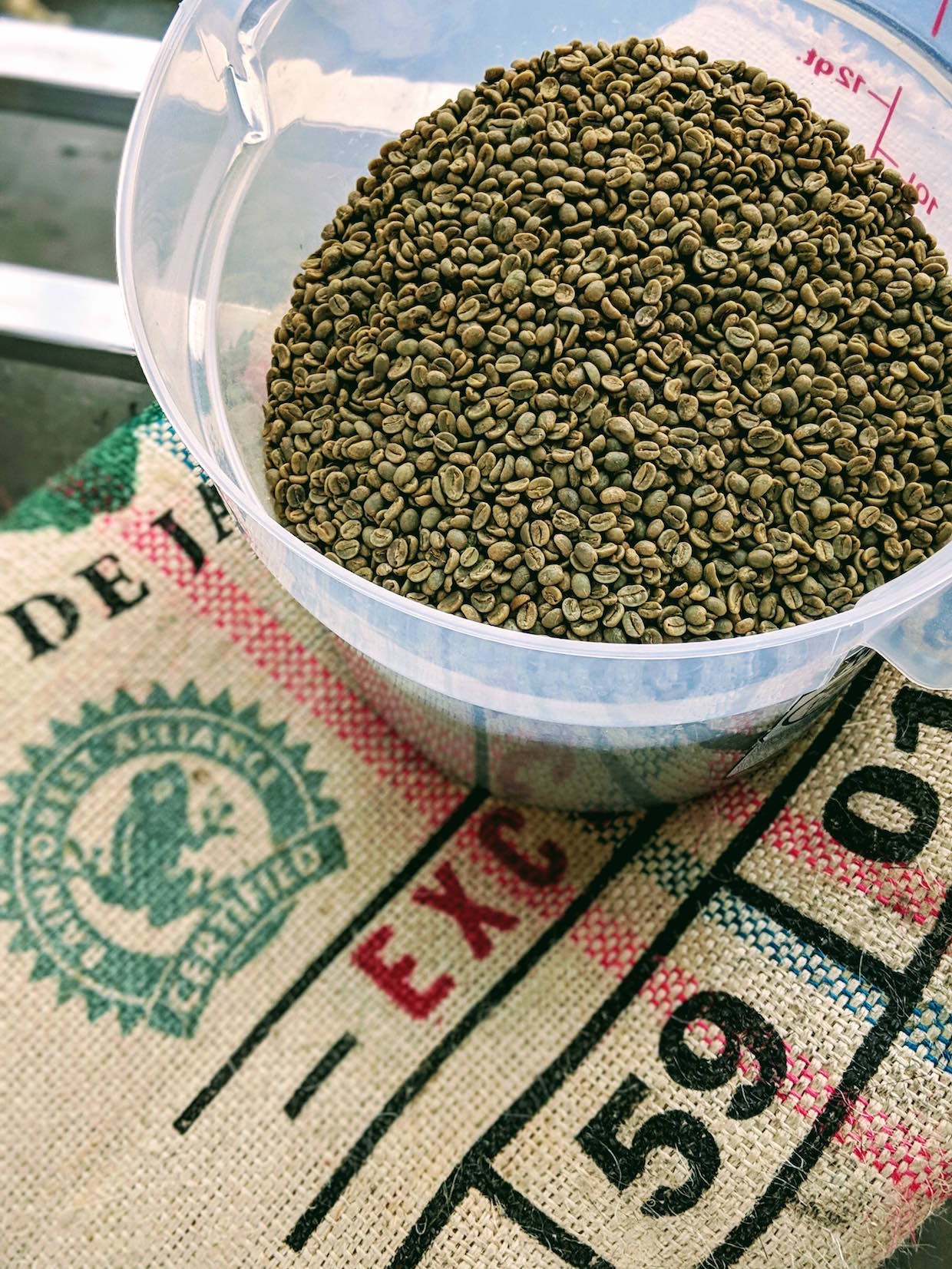 Red Hat, which started distributing cold brew kegs in 2017 and expanded into 12-ounce retail cans last year, currently has products on shelves at Target and other independent grocery stores in San Diego County. While also engaged in research and development on additional cold-brew based products, the company hopes for distribution into the Los Angeles area in the next two quarters, according to Darenkamp. 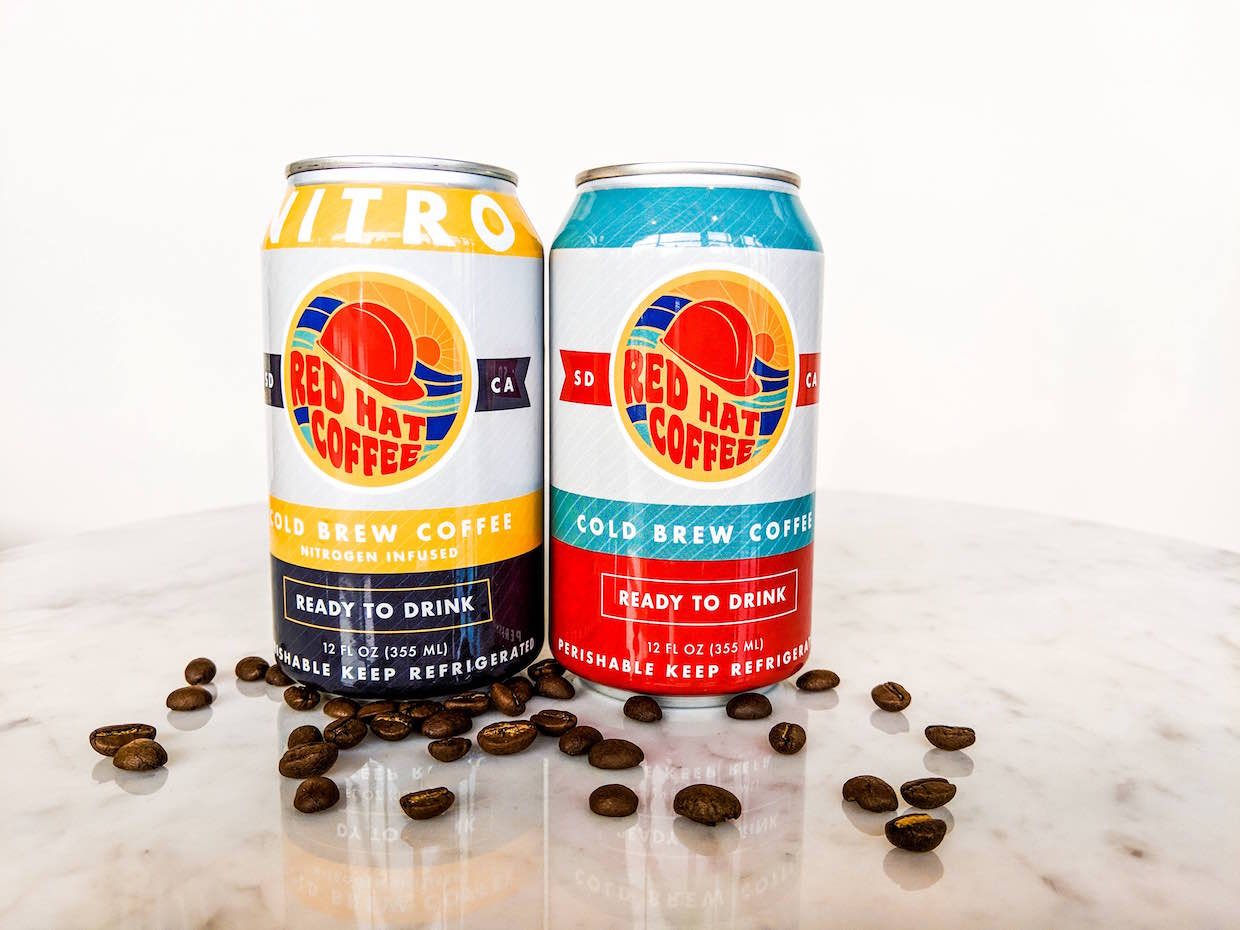