From Tokyo, The Furumai Machine is Ready to Dance On the World Stage 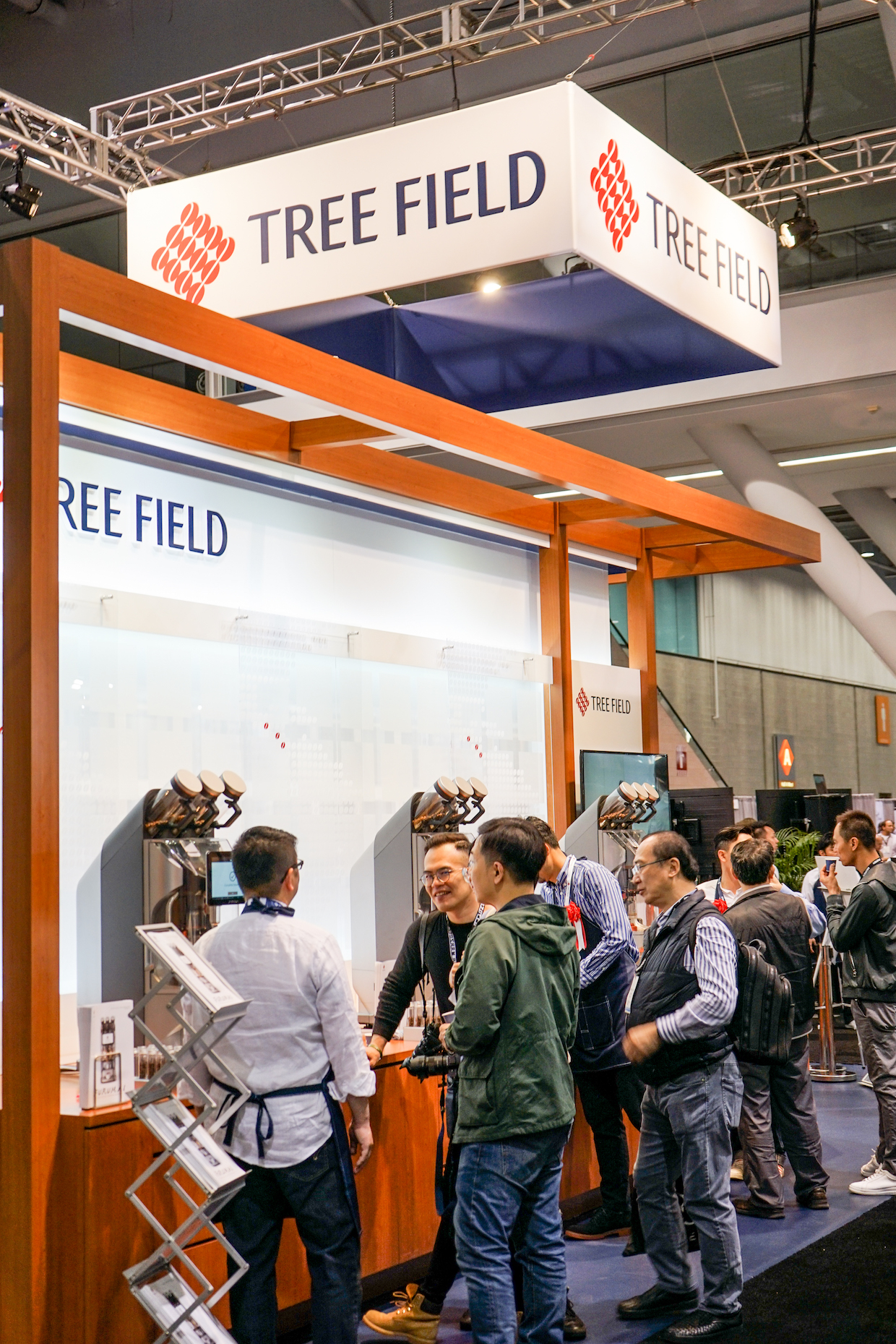 One of the more curious surprises that appeared at the SCA Expo in Boston earlier this spring was a new machine by a new brand that seems poised to fill the vacuum, so to speak, left behind by the Alpha Dominche Steampunk.

When the Brooklyn-based Steampunk manufacturer suddenly and unceremoniously ceased operations late last year, it rang the death knell for one of the specialty coffee industry’s most visually arresting machines, as well as for one of the only commercial single-cup brewers to apply both vacuum pressure and a controlled turbulence phase to the brewing process. 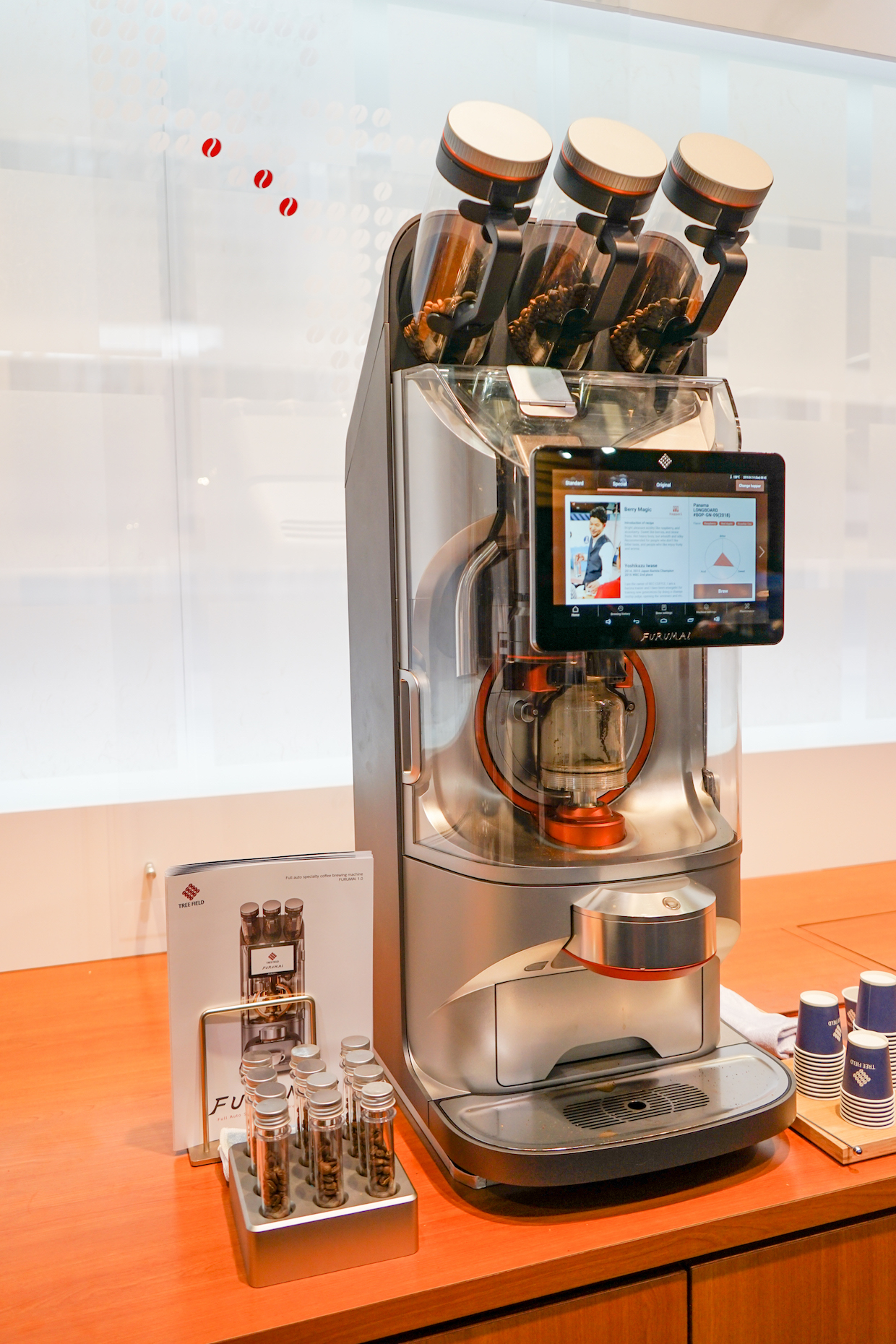 The Furumai, by recently founded Tokyo-based coffee equipment design and manufacturing brand Tree Field, is a towering single-cup brewer that offers a transparent brew chamber wherein vacuum pressure and turbulence occur. However, unlike its relatively austere predecessor, the Furumai is also a bean-to-cup super-automatic brewer with three hoppers, a single-dose portal and a built-in double-grinder that grinds each dose twice before brewing.

Coffee in the Furumai passes at first through one small set of conical burrs for an initial coarse grind, during which the coffee is also subjected to fans that blow off flakes of chaff that are then captured in a separate receptacle for removal. Users can control the strength of the chaff-blowing fan, as a stronger blast of air will also remove some of the fines, resulting in a more uniform particle size, which is another factor that affects flavor in the cup. The company says the Furumai is the only machine to achieve this level of purity and uniformity of ground coffee prior to brewing. 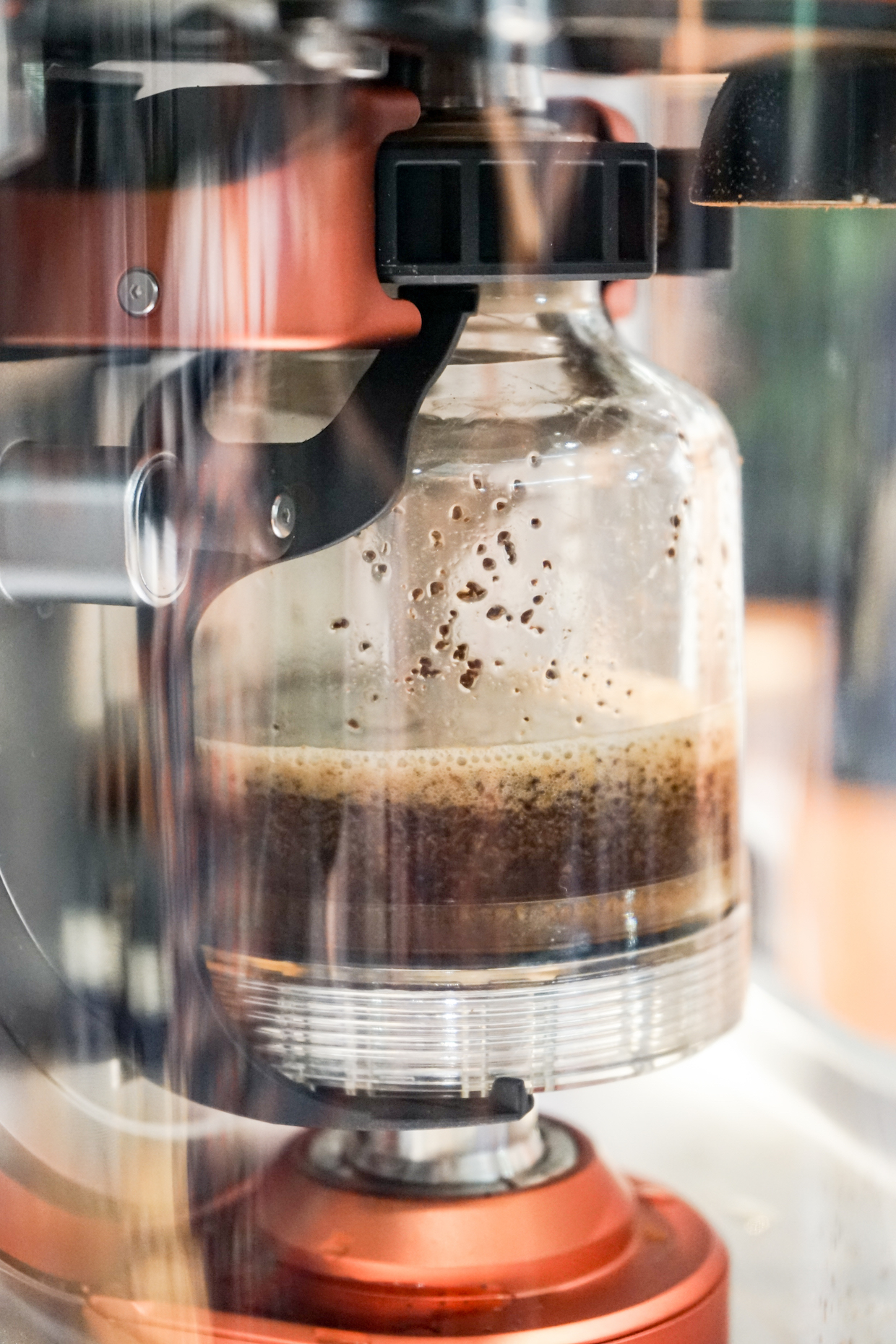 The grinds are then ground a second time by a dedicated second set of conical burrs to achieve the user’s designated fineness before being deposited in the brew chamber. Then comes the precisely heated water, after which the chamber is pressurized for a steeping phase. The chamber is then depressurized to allow flavors and compounds to flow and extract further.

A unique agitation phase comes next, for which the entire chamber sways, rotates or fully spins on an axis, as gently or as vigorously as the pre-programmed recipe demands. Pressure resumes at the end to send the finished brew down through a steel double filter and into the cup. 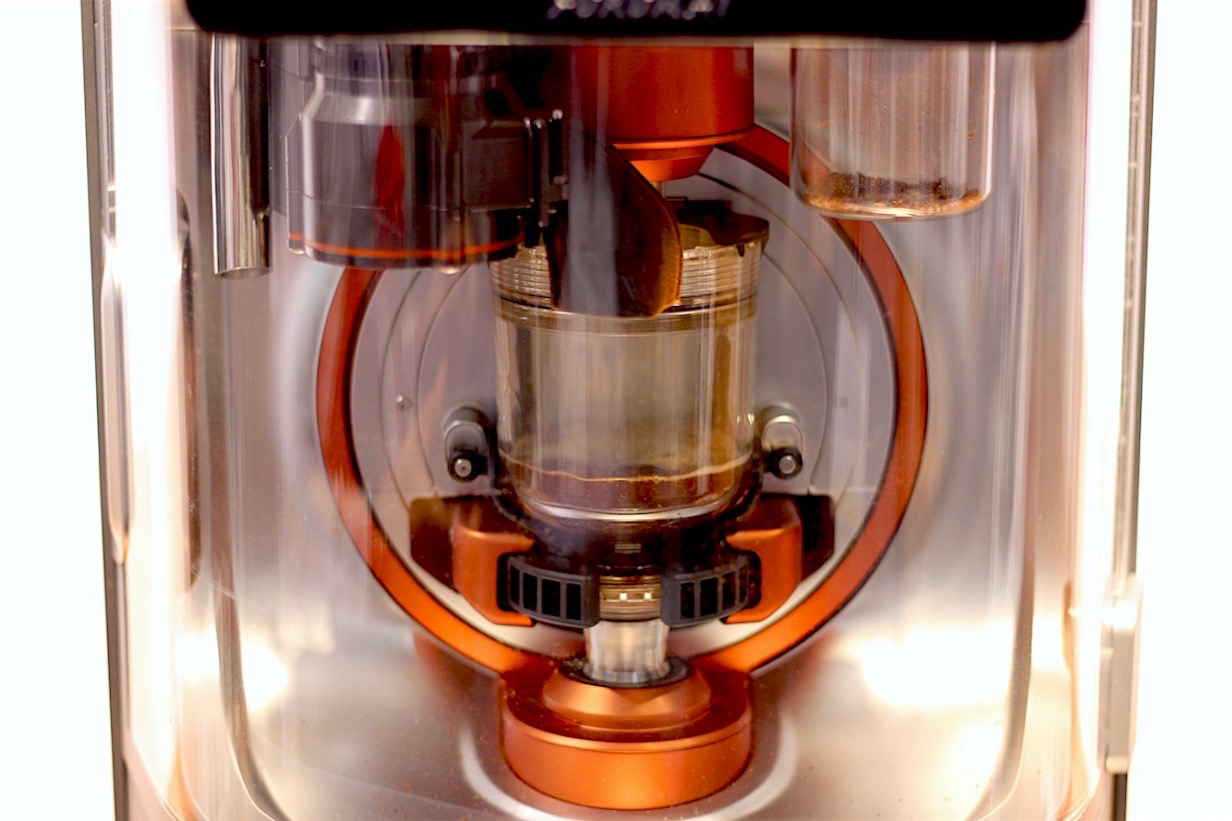 The Tree Field Brewer on display at the recent SCA Expo in Boston. Daily Coffee News photo by Nick Brown.

In Japanese, “furumai” is a polysemic word that can mean either “behavior/conduct” or “dance.” Tree Field Sales Planner Miho Noto told Daily Coffee News that the aptly named machine’s appearance at the SCA Expo in Boston was its first appearance in the United States, and that prior to the Expo it had been displayed only once previously at an SCAJ event. Tree Field’s parent company, Daito Giken, is a Tokyo-based games systems developer.

“The parent company is a totally different company,” said Noto. “The parent company is not related to any coffee business. The owner of the company really, really loves making coffee. He fell in love with Gesha high-quality coffee, and he wanted to make his own recipe and brew it consistently. That’s why he made the machine, to have always the same recipe.” 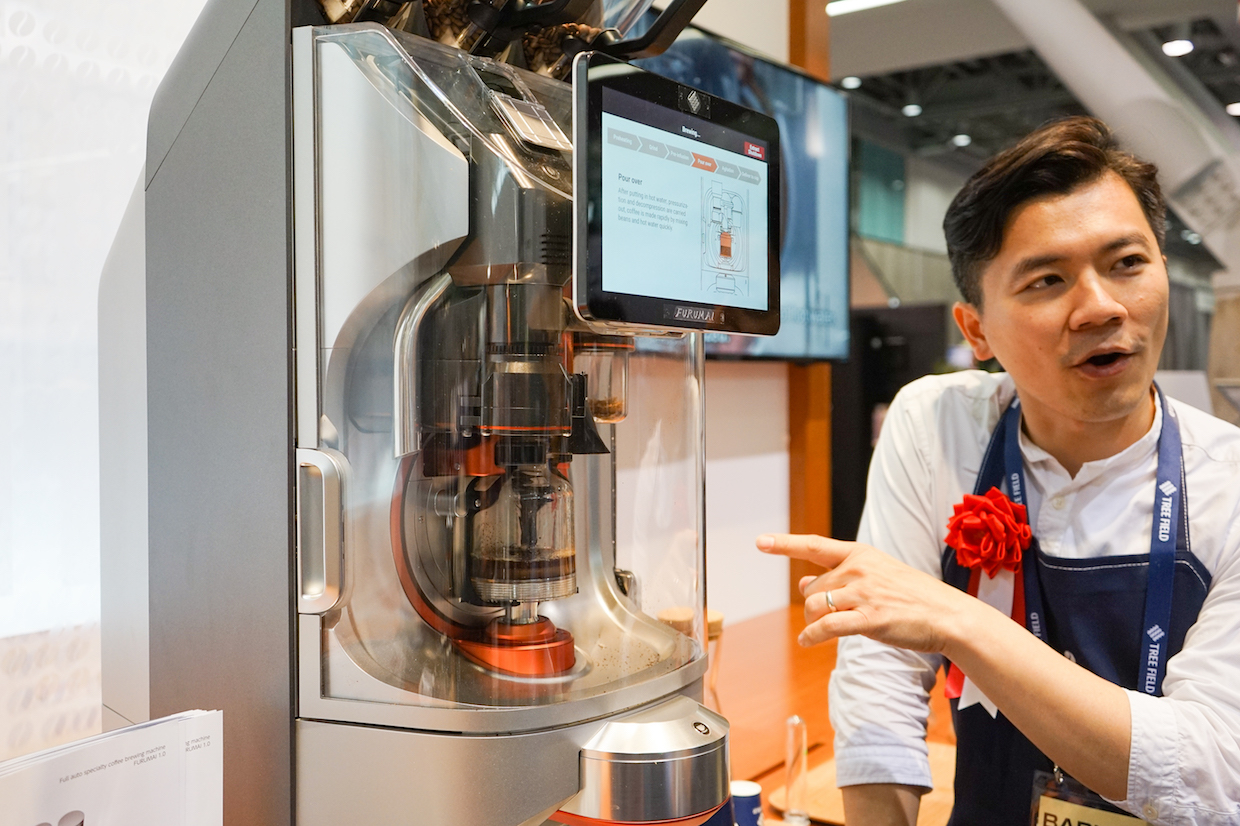 2016 World Barista Champion Berg Wu of Taiwan has been serving as a brand ambassador and consultant for the Tree Field Furumai brewer launch. Daily Coffee News photo by Howard Bryman.

This technological heritage does make sense, though, when examining the Furumai’s tablet and app-based user interface. The machine’s cloud-connected software can quickly summon and execute recipes designed by professional baristas, including those by brand ambassador and 2016 World Barista Championship Berg Wu.

Or, by tapping the machine’s or a phone’s touchscreen, users can control more than a dozen variables at various stages of brewing: Temperature, total water volume, dose, grind, chaff fan strength, pre-infusion volume and time, “first pour” volume and duration, vacuum steep pressure and duration, agitation, dwell time at the end, and the final pressure on the coffee as it exits.

From start to finish, including preheating of the water after activation, a cup is ready to drink in about three minutes. Noto said the machine has been in development for over three-and-a-half years, and that the target demographic for sales includes offices and hospitality settings, as well as traditional cafes. 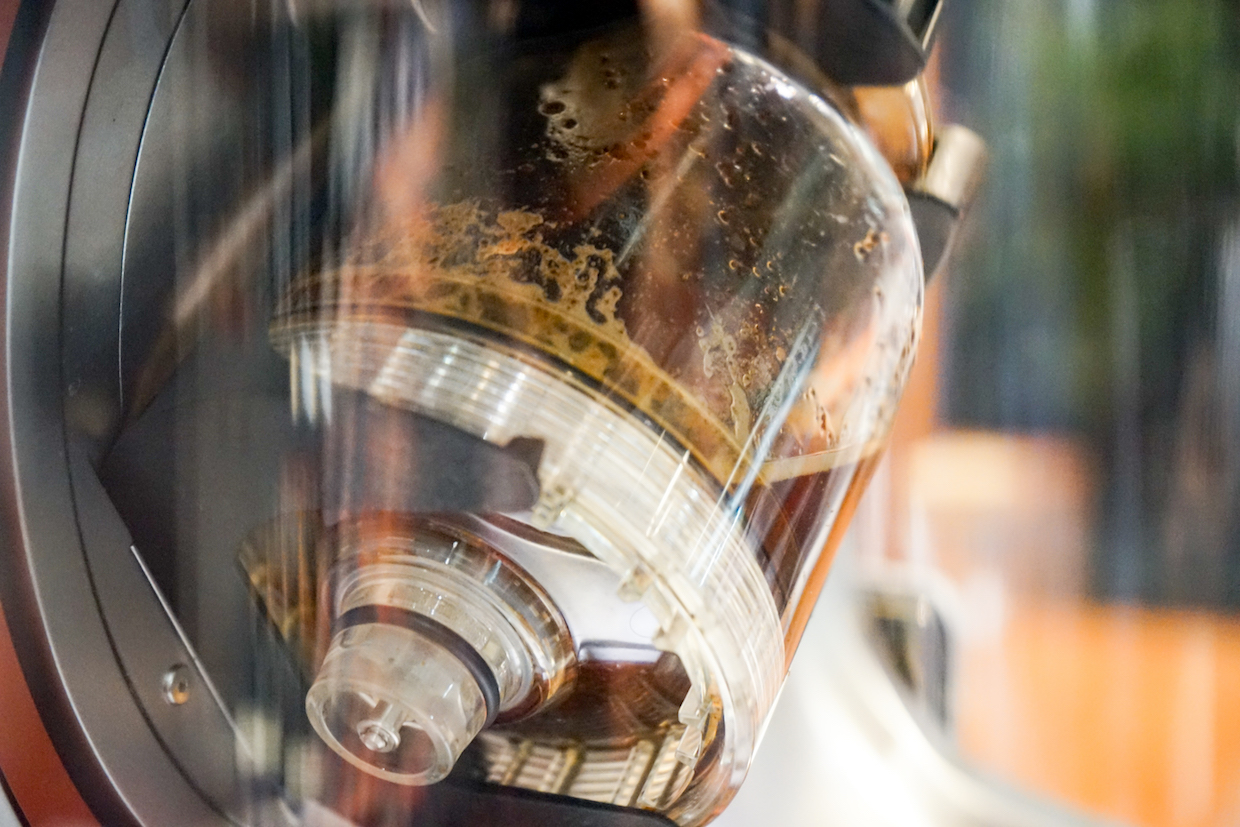 The Tree Field Brewer on display at the recent SCA Expo in Boston. Daily Coffee News photo by Howard Bryman.

Noto said that Tree Field is planning to open a Furumai-centered cafe in Tokyo this year, where Furumai machines will be operated by baristas as well as by the public. Tree Field aims to launch sales of the product in Japan next year, followed by the United States. The estimated retail price of the machine has not yet been determined.

[Editor’s note: This article was updated after a representative of tree life clarified that the target date for the cafe opening and the estimated retail price of the machine are yet to be determined.]