The Extraction Gets the Heck Outta Minnesota 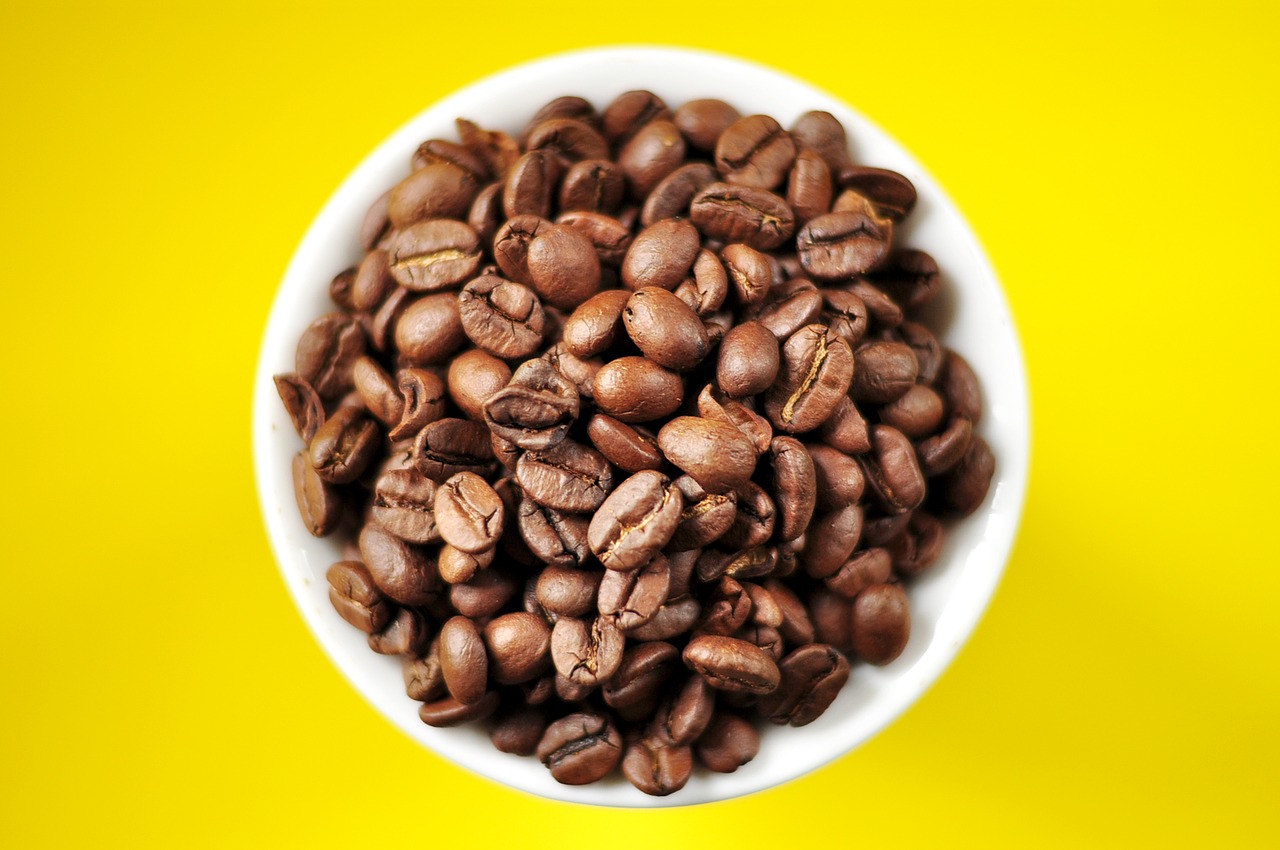 Research funded partially by the British Heart Foundation and conducted by Queen Mary University of London has indicated that drinking lots of coffee, even as much as 25 cups a day, is not bad for your arteries. The most fascinating part of the study from our perspective: There are some people living or dead in the UK that actually drink “more than 25 cups of coffee a day.” Holy buckets: 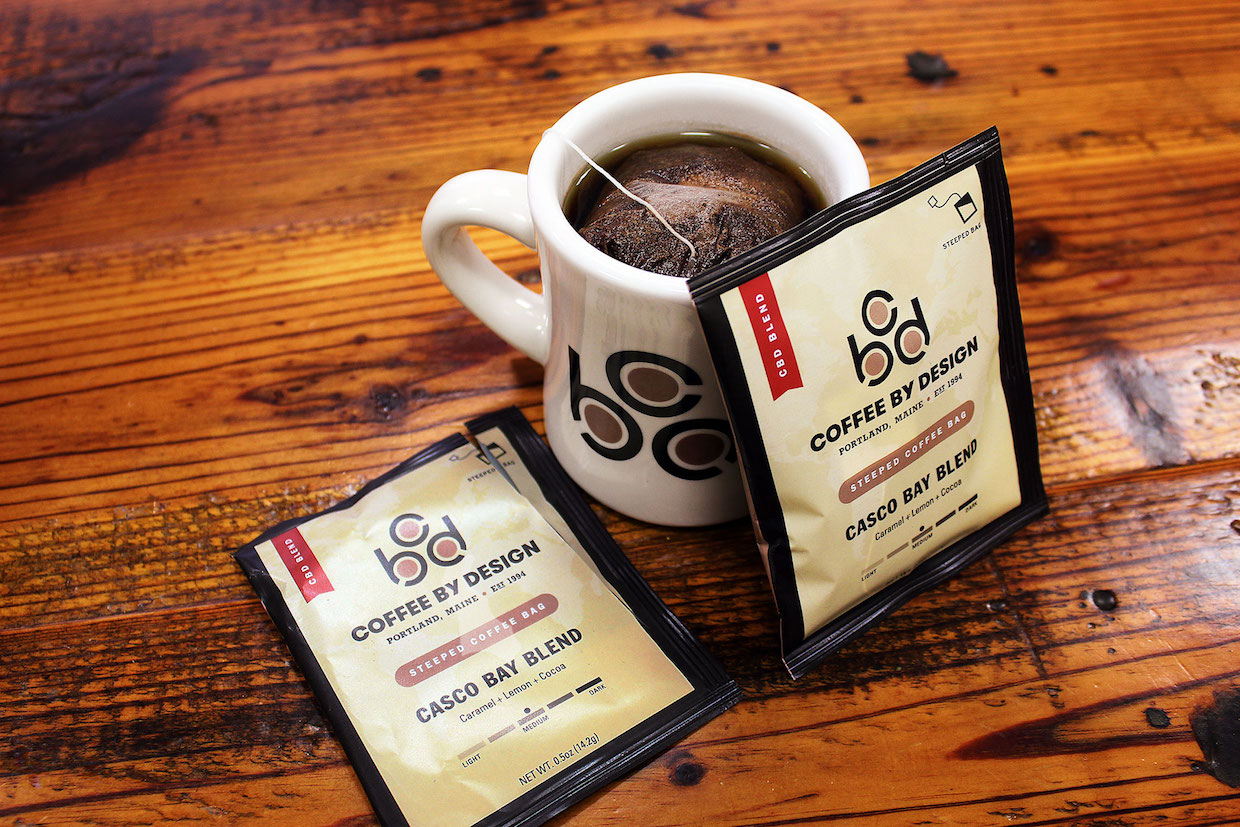 The 25-year-old Portland, Maine-based company Coffee By Design, which has owned a trademark for the acronym “CBD” since 2010 has filed a lawsuit against another coffee company operating in Utah under the name CBD Coffee. According to a Portland Press Herald report, the trademark infringement suit involves the logo of a CBD Coffee product that contains CBD oil, and it follows numerous warning letters sent to other CBD sellers by the coffee company:

Part of the trademark infringement lawsuit hinges on the apparent similarity between the Utah company’s logo – a single C wrapped around a cup of coffee – and the Coffee By Design mark.

Coffee By Design’s attorneys at the law firm Bernstein Shur declined to comment.

Websites selling CBD Coffee products appeared to have been taken down on Thursday. Coffee By Design’s lawsuit names two holding companies doing business as “CBD Coffee,” but the registered agents for those corporations could not be reached to respond to the lawsuit. 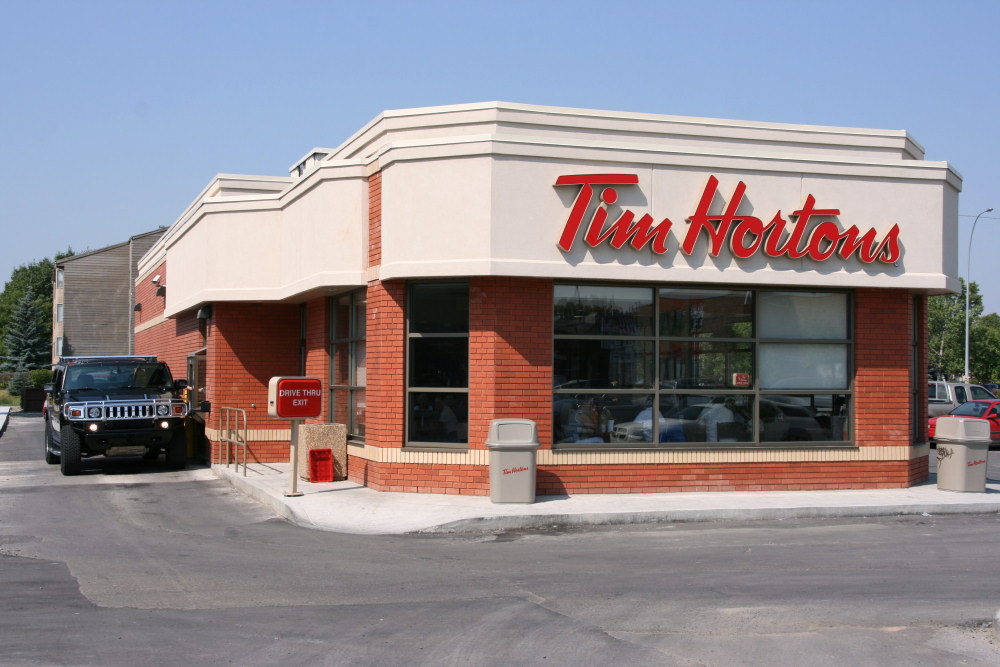 After years of back-and-forth lawsuits between Canada-based coffee chain Tim Hortons and its Minnesota franchisees, there’s been a rapid disappearance of nearly all the Tim Hortons stores in the state, including all the Twin Cities locations. Even Brainerd got the axe, according to the Brainerd Dispatch:

Originally slated to open 280 locations in the state, the company’s 14 operating locations are rapidly dwindling in recent months.

“We are disappointed the franchisee made the decision to close these restaurants without our approval,” Almeida wrote in an email. “Since we have a pending dispute with this particular franchisee, we decline to comment further at this time.” 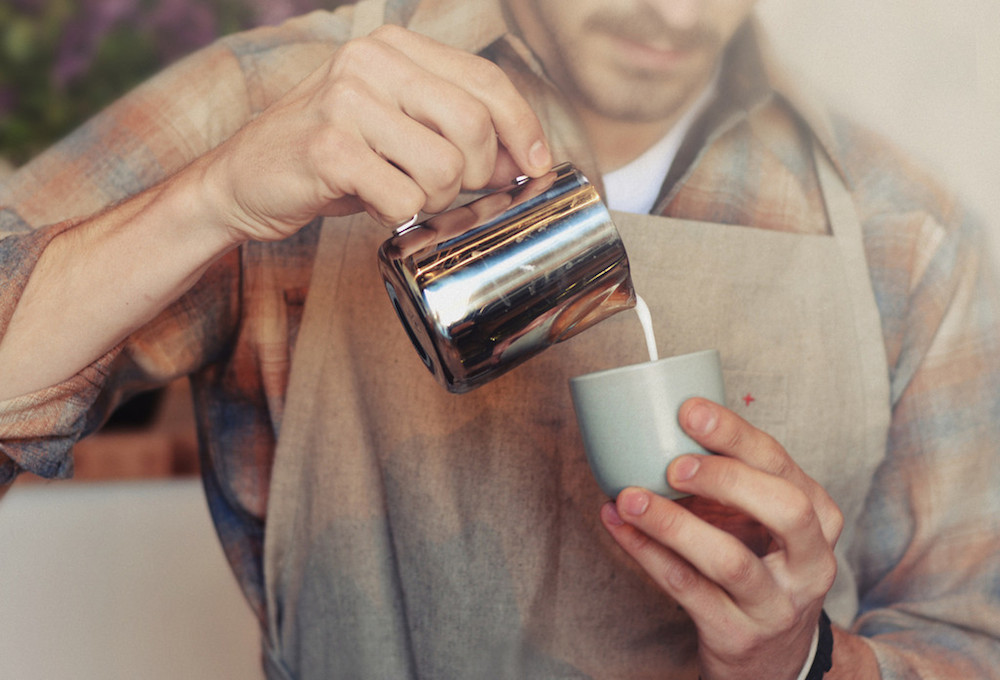 Nearly 70 years into its run of making hearty ceramics for cafes and restaurants, Heath Ceramics has become the subject of its own hour-long documentary episode of PBS TV show Artbound:

“Artbound” looks at the dinnerware of Heath Ceramics and a design that has stood the test of time since the company began in the late 1940’s. Through the writings of Edith Heath, the founder and designer of Heath Ceramics and voiced by renowned chef Nancy Silverton, this episode explores the groundbreaking work of a woman who created a classic of American design. 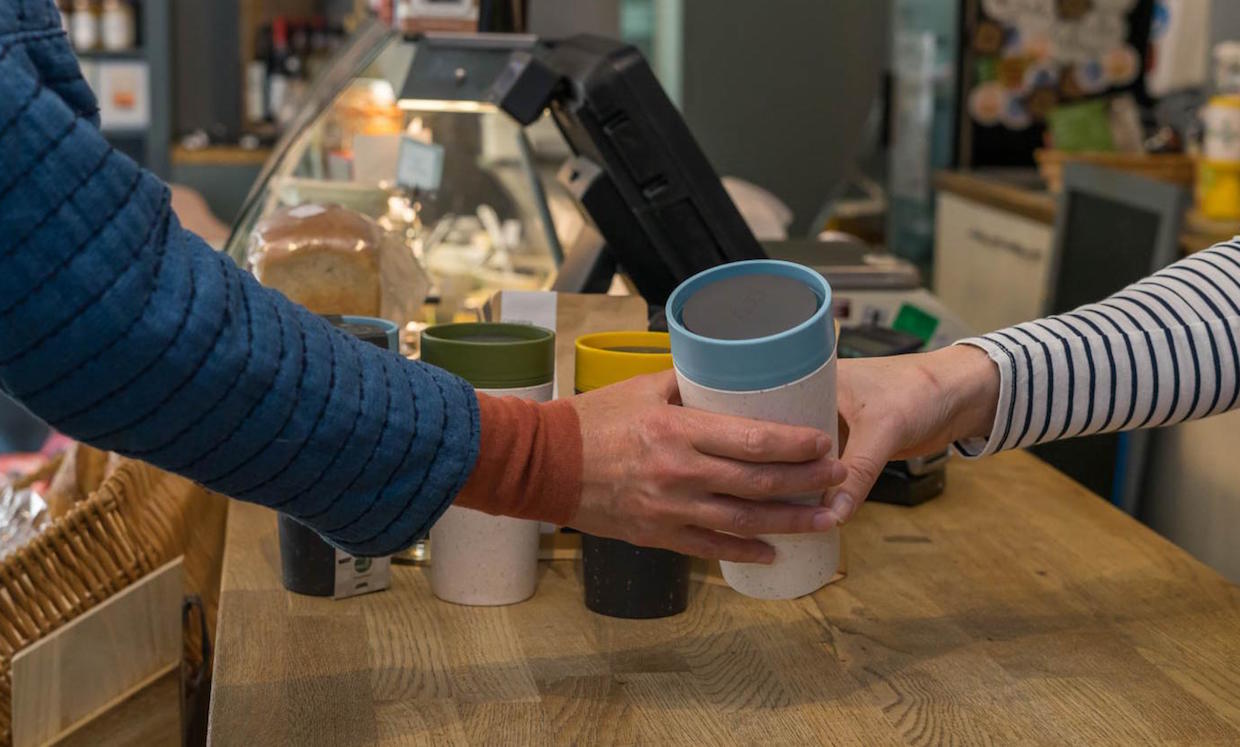 British eco-product manufacturer Ashortwalk has figured out how to take used paper coffee cups, which are difficult to recycle, and upcycle them into longer-lasting reusable cups that are also more easily recyclable themselves. Six discarded paper cups plus some polyproylene equals The rCup, Ashortwalk Founder Dan Dicker told Fast Company:

Making a new product from the waste creates new incentive for recyclers to process the material. The value per ton of used cups now is around £120 ($150) now, Dicker says. “If you then convert those cups into that resin, the value goes up to £1,200 a ton. If you then take that resin and turn it into a new product, say the rCup, then the value goes up to, believe it or not, literally £30,000 a ton. What you’re doing is increasing the value of the material that then stimulates the economy behind it.” When the company begins to work in the U.S., it wants to use the product to help build up better infrastructure for collecting and recycling cups locally.

Food and travel magazine Atlas Obscura has been really into animal-involved coffee processing lately. After its story last week on “Ant Process” coffee, it took a look this week at Jacu Bird Coffee, which involves beans eating and then pooped out by birds in Brazil:

The birds know their coffee well. They choose only the ripest fruit to eat, and the digested coffee has a distinctive nutty flavor, with an aftertaste of aniseed. The jacu bird’s vegetarian diet plays a part in the coffee’s flavor: Some batches will have notes of apricot seed and truffles, or other wild berries consumed by the bird. Harvest season typically runs April through October, and the jacu sightings on the estate multiply around this time. Workers fan out to collect bird droppings, which are then washed, de-husked, and roasted, for a truly invigorating hit of caffeine.

The Uganda Coffee Development Authority (UCDA) wants to punish farmers who neglect their trees. A bill is on its way to Parliament authorizing punitive measures, according to independent Ugandan daily newspaper The Daily Monitor:

According to Emmanuel Iyamulemye, the Uganda Coffee Development Authority (UCDA) executive director: “The Bill was long overdue [and] will give mandate to UCDA to oversee the sector.”

The Bill seeks to give powers to UCDA to regulate all coffee farm and off farm activities, a shift away from the current mandate under the Uganda Coffee Development Authority Act, 1994.

Mr Iyamulemye said last week there was need to not only educate farmers but also regulate the crop, given its importance in Uganda economic ecosystem.

He noted that farmers must take serious responsibility and accountability for seedlings given to them as a way of uplifting their livelihoods. 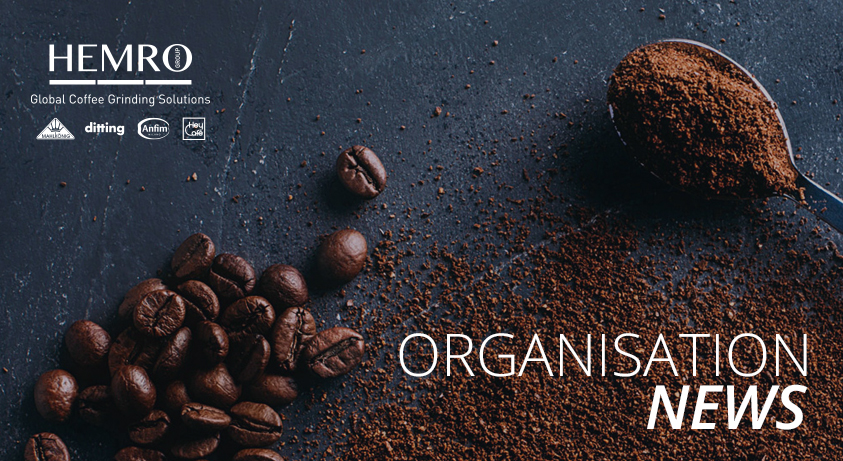 With immediate effect, Dr. Marcel Lehmann will lead the Group as Chief Executive Officer. He joined HEMRO Group two years ago and proved outstanding skills in the strategic development of the group, most recently as Speaker of the Management Board. In his new role as CEO, he will be supported by a strong and partly new management board that brings together a variety of profound expertise in all fields.

New CFO will be Stefan Mühlemann, renowned international manager with long-year experience in large and medium-sized companies. He will join HEMRO Group in August. The new CSO will be Ziya Boro, so far responsible for the successful development of Asia-Pacific sales region.

The Bill seeks to give powers to UCDA to regulate all coffee farm and off farm activities, a shift away from the current mandate under the Uganda Coffee Development Authority Act, 1994.

this is a sad trend. Instead of spending tax money to meddle into the practices of individual farms, how’s about spending some tax dollars to figure out ways to simly educate, and perhaps even help/enable the farmers who are struggling?

Hates ta say it, but the definition of what the Board are doing falls pretty solidly under that of the hot-button term named above.