Smoky Hollow Roasters is Vocal About Quality in Southern California 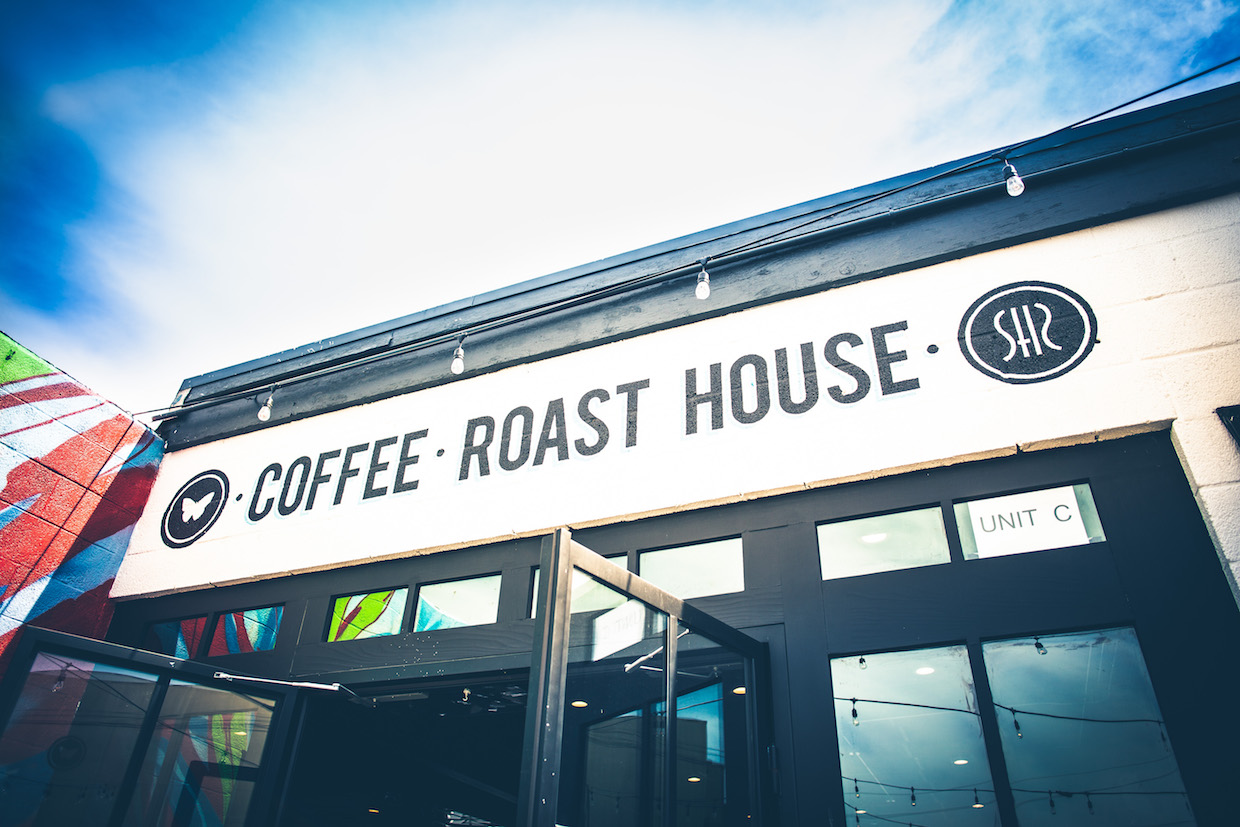 Each coffee has a unique voice — one that tells its stories in the cup. Those stories may include where and under what conditions the coffee was grown, how it was processed, or how it was roasted and brewed. When it comes to the honing of a clear voice, certified Q Grader, Smoky Hollow Roasters owner and professional voice actor Dale Inghram is particularly well equipped.

Inghram has been doing high-profile voiceover work for commercials, TV shows and networks for more than 20 years, earning two regional Emmys along the way for contributions to a Chicago-based PBS show called Image Union. He has voiced more than 30 Super Bowl commercials for Bud Lite in addition to ads for a litany of America’s other biggest food, automotive and entertainment brands, and is currently the voice for the Bravo Network.

“With voiceover there is a combination of technique mixed with art, and we find the same goes with roasting,” Inghram recently told Daily Coffee News. “The key is understanding the importance of consistent technique mixed with the variable of the art. Each script is as different as is each bean, but each requires a certain flexibility and adaptability to find the art.” 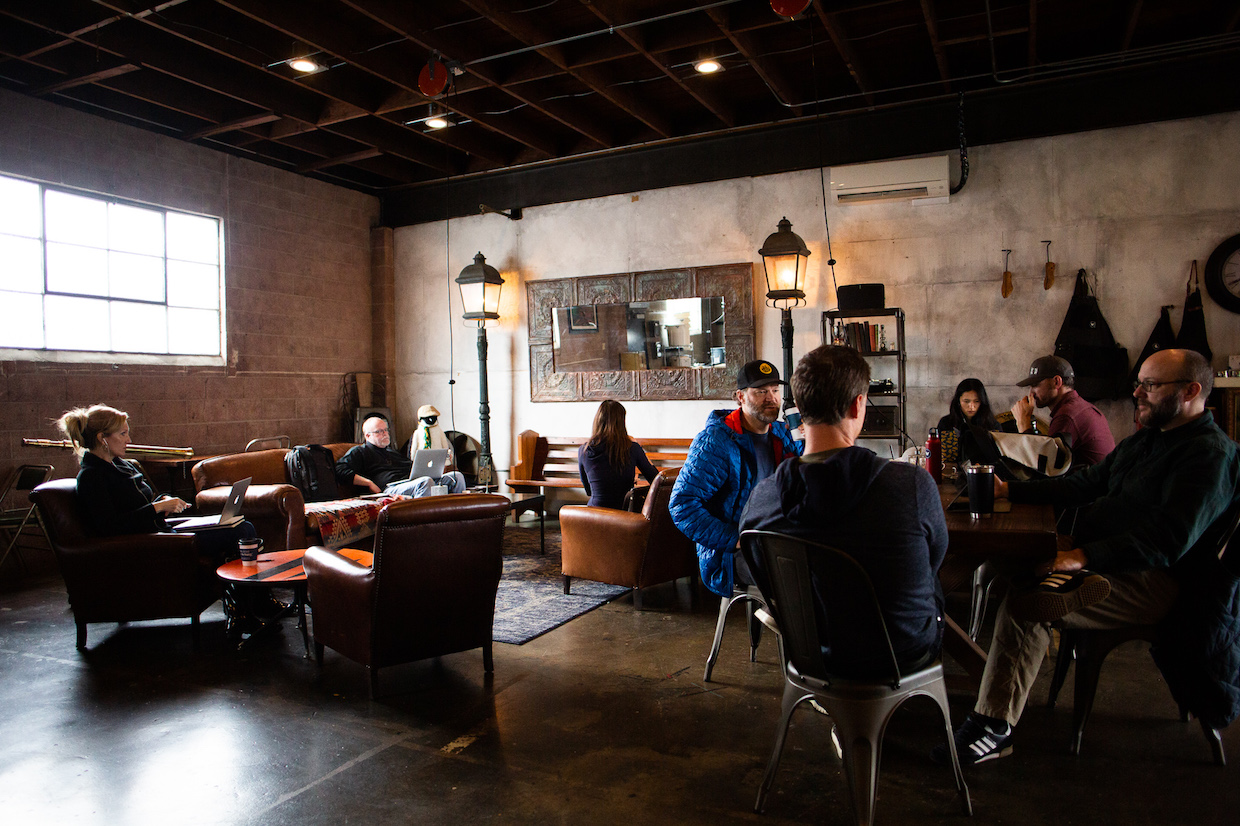 The voice actor’s first lines in the role of coffee business proprietor came just over five years ago when he waited on the back patio of El Segundo, California, cafe Blue Butterfly Coffee Co. for the owner to come out.

“I mentioned my wife and I would love to buy it if she ever put it up for sale, and she said she put it up for sale last week,” said Inghram. “We took possession February 15, 2015, on my son’s fourth birthday, and [the cafe’s] one-and-only fridge broke the same day. It was on a Saturday, and I’m not lying here, the following seven weekends — not weekdays — something broke.”

Aging equipment won’t be an issue for the Smoky Hollow Roasters business that Inghram and his team officially launched in March.  Having learned from that hard beginning stretch at Blue Butterfly, the newer 1,700-square-foot coffee bar and roastery relies on a fleet of sparkling, brand new and cutting-edge gear, including a 3-group Mavam under-counter espresso system paired with a Mahlkönig Peak grinder, and a Marco Mix 3-button Font hot water dispenser for manual pourovers and the extensive tea selection.

Still and nitro cold brews are also available through a JoeTap draught system. Decaf is ground by a Baratza Sette 270 Wi, and for brewed coffee, Inghram said Smoky Hollow is the first coffee shop in Southern California to adopt the Ground Control Cyclops. 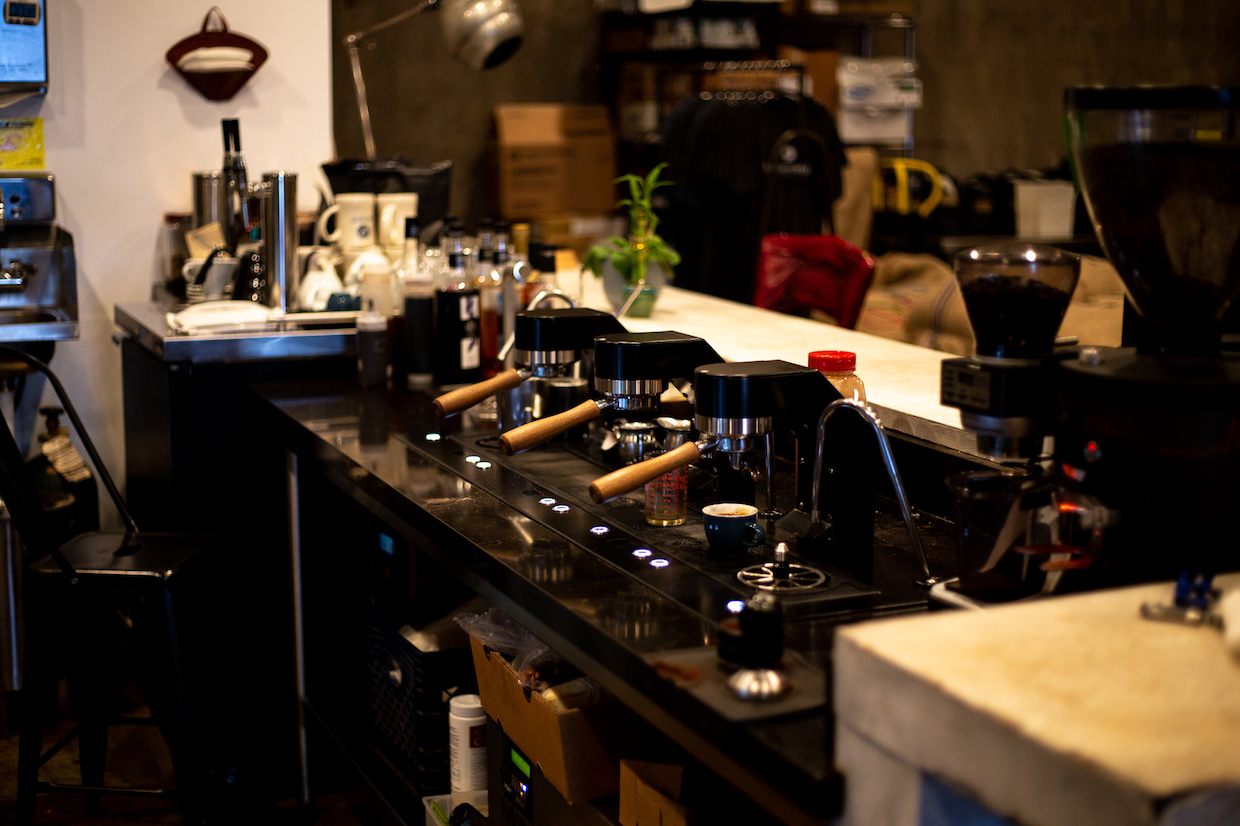 The coffees served at Smoky Hollow, Blue Butterfly and through a small but growing wholesale clientele are roasted by Inghram in a brand new Probat P12/2. Inghram said his inflections at the controls of the Probat are intended to yield a cup that’s universally pleasing but that also enunciates each bean’s individual strengths.

“[I aim to] roast each bean in a way that makes it accessible to everyone, but at the same time push certain beans to be unique,” said Inghram, noting one such push takes the form of a product called RYEwandan, a limited run of rye-barrel-aged coffee from the Kivu Belt of Rwanda. The roaster earned his Q certification at Farmer Brothers lab in its former Southern California location, under the instruction of Torch Coffee‘s Samuel Gurel.

Said Inghram, “[It was] an absolute coffee master class that took my love and understanding of coffee to the next level.” 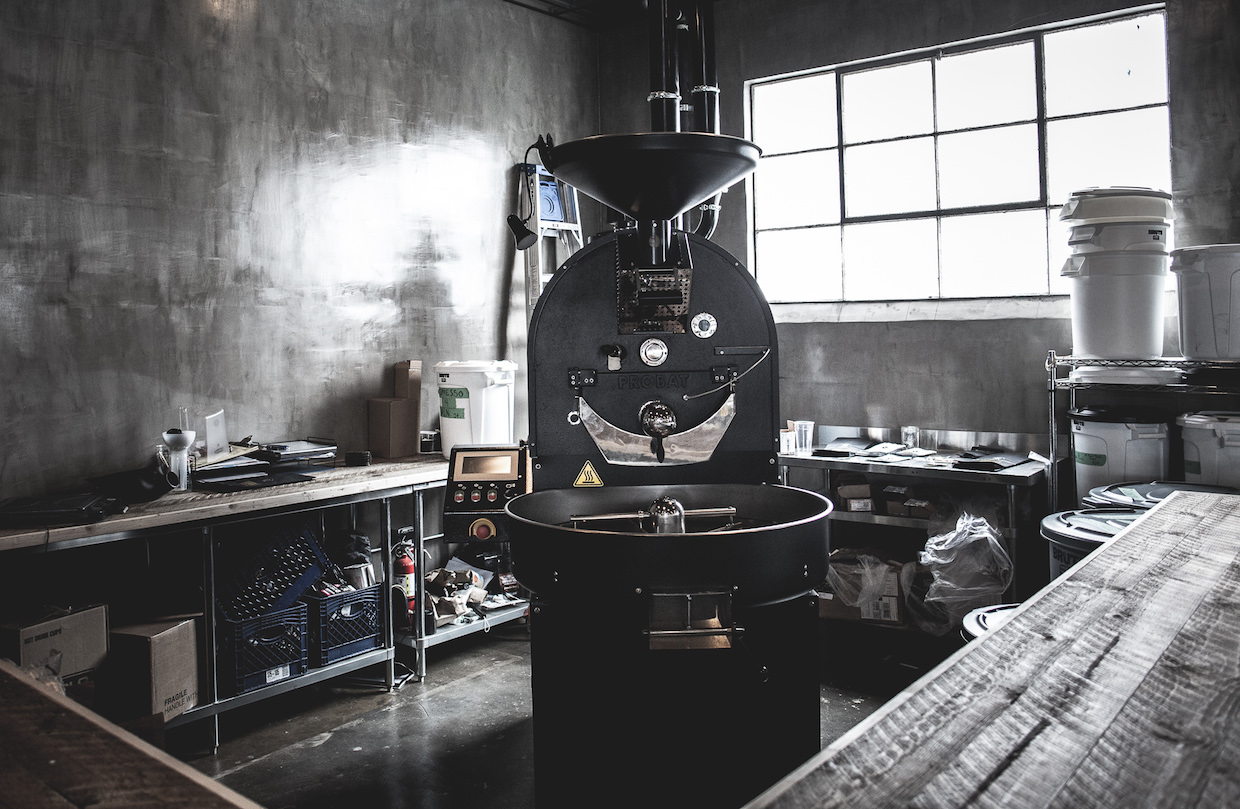 With the Smoky Hollow coffee shop now open and serving the local communities of El Segundo and South Bay, the company’s focus for growth will shift more squarely onto the roasting operation, spreading its reach “as far and wide as possible,” according to Inghram.