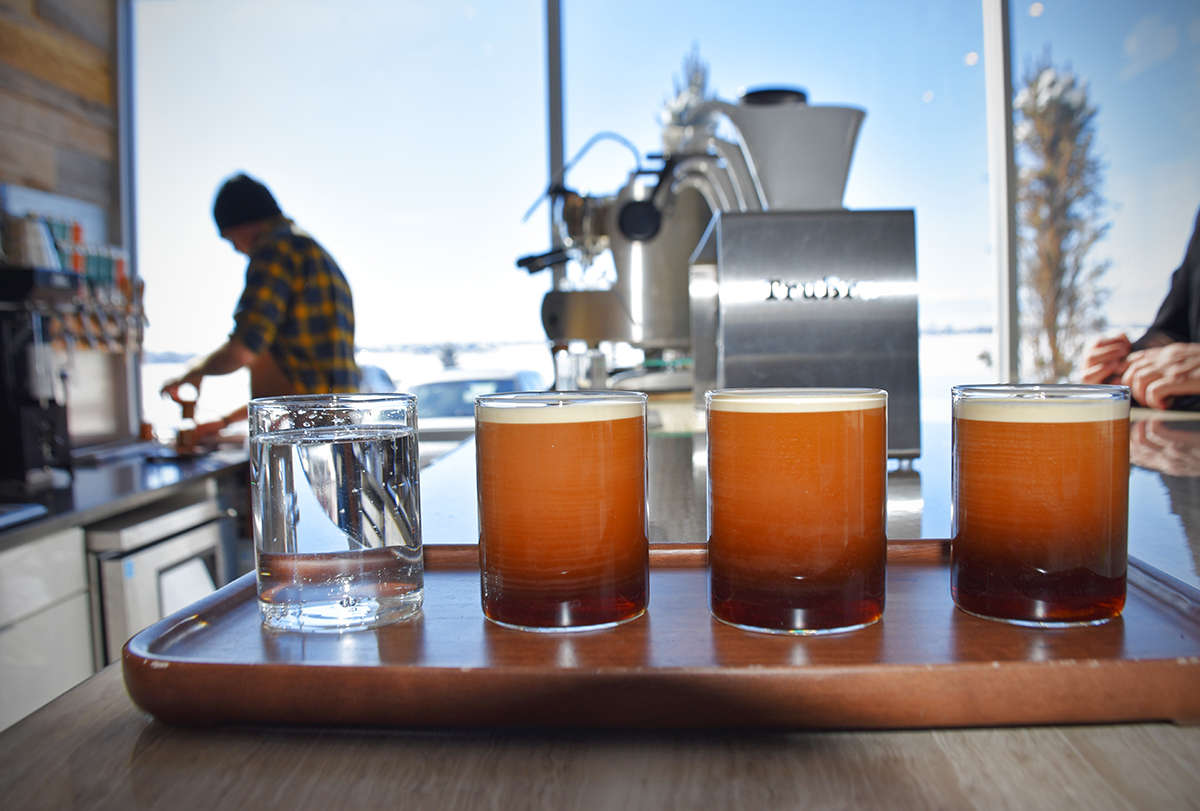 All photos of the new Conundrum Coffee by Toddy tasting room, which opened in Loveland, Colorado in late 2019. Photo by Scott Borger, courtesy of Toddy.

As the Toddy production facility in Colorado continues to crank out cold-brewing solutions for both the consumer and commercial segments, the decades-old company has also unveiled a new coffee bar there under the Conundrum Coffee name.

The Conundrum Coffee retail space has served as a sensory analysis and quality assurance lab at Toddy’s Loveland headquarters since 2012. Late last year, the company opened the reimagined space to the public, venturing into retail for the first time. 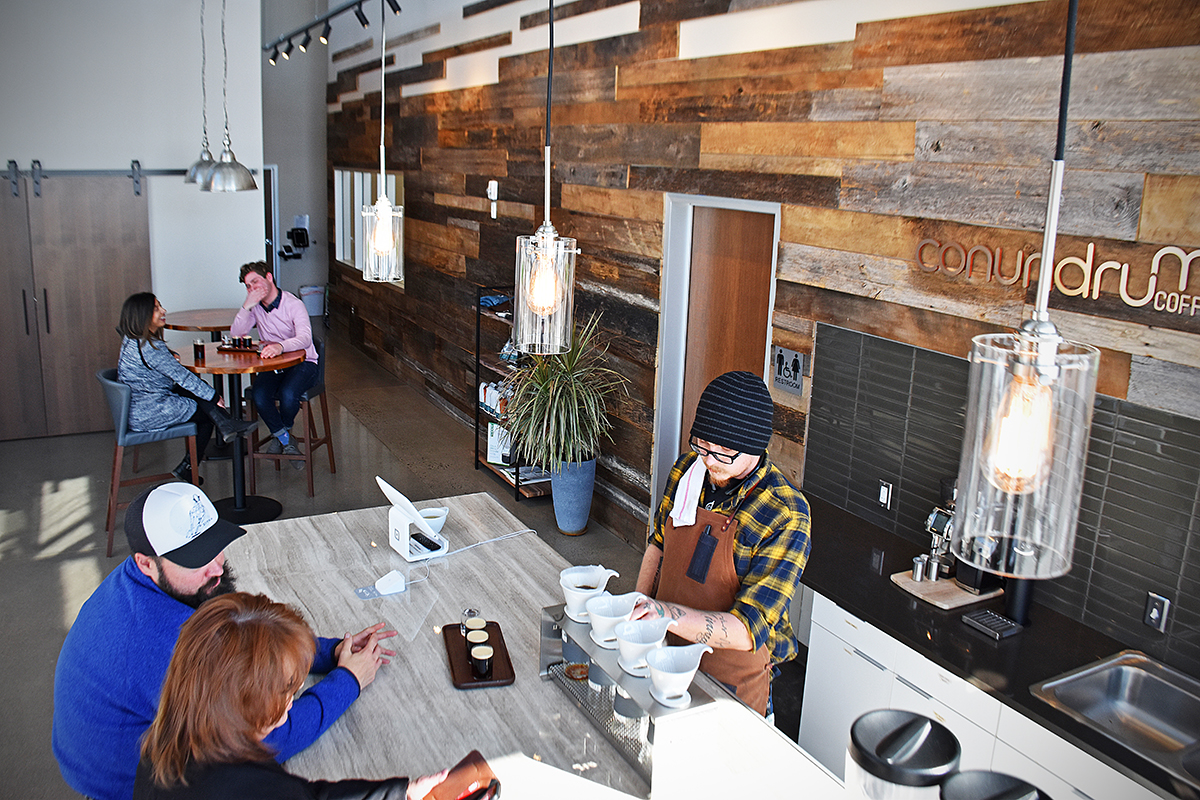 “We want [the space] to be more like a tasting room, versus a coffee shop,” Toddy President Julia Leach told Daily Coffee News. “It’s not really intended for a quick cup of coffee, even though we’re happy to do that. It’s a destination for people who are really interested in specialty coffee, specifically cold brew coffee.”

As a brand, Conundrum Coffee extends back to 2012 through a natural extension of Toddy’s in-house roasting program. The company had been roasting for wholesale customers, using a two-barrel Joper sample roaster, a Deidrich IR-12 and a Loring S35 Kestrel. 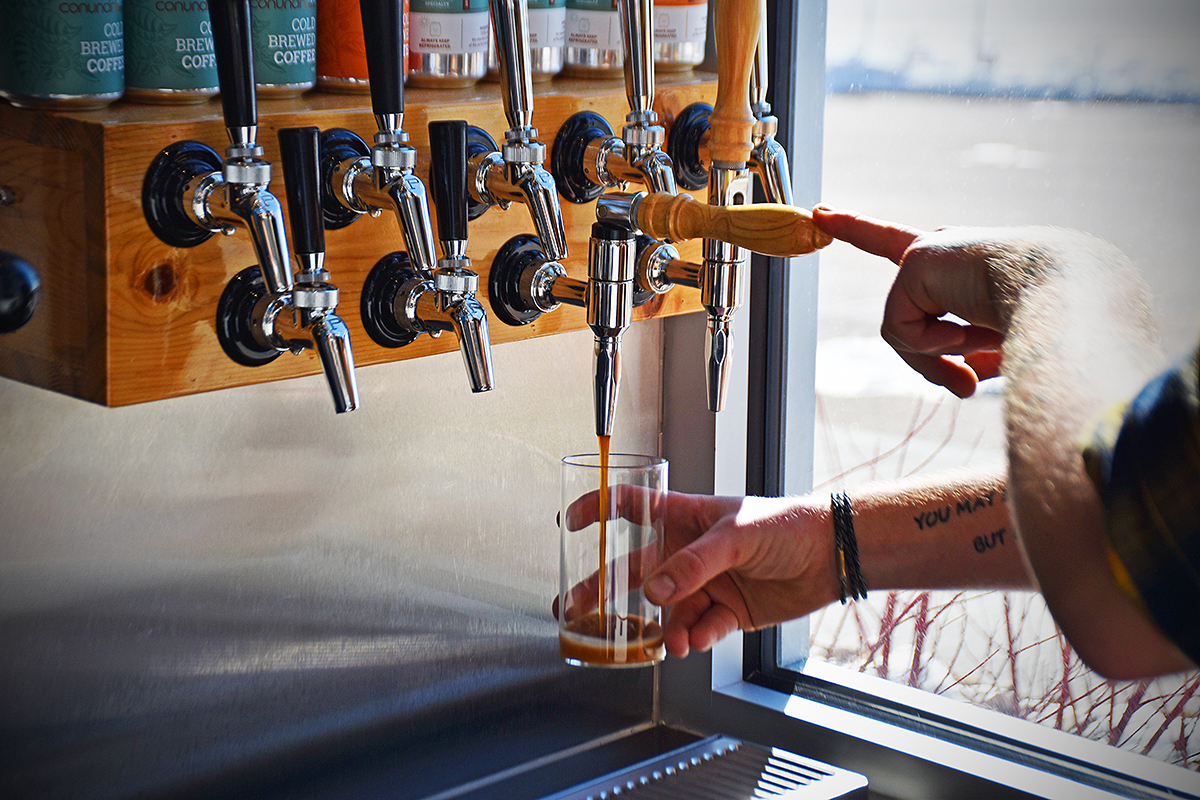 “There was a demand to fulfill coffee needs for our customers since the market was so high,” Leach said. “We had the opportunity to be not tied to cold brew, and to provide education and research for our clients… What better place to do that than at our own facility?”

The new retail bar springing from this operation is offering house roasts along with occasional selections from other specialty coffee roasters, with a rotating menu of single-origin coffees for espresso-based drinks, pourovers, cold brew and nitro draft cold brew. 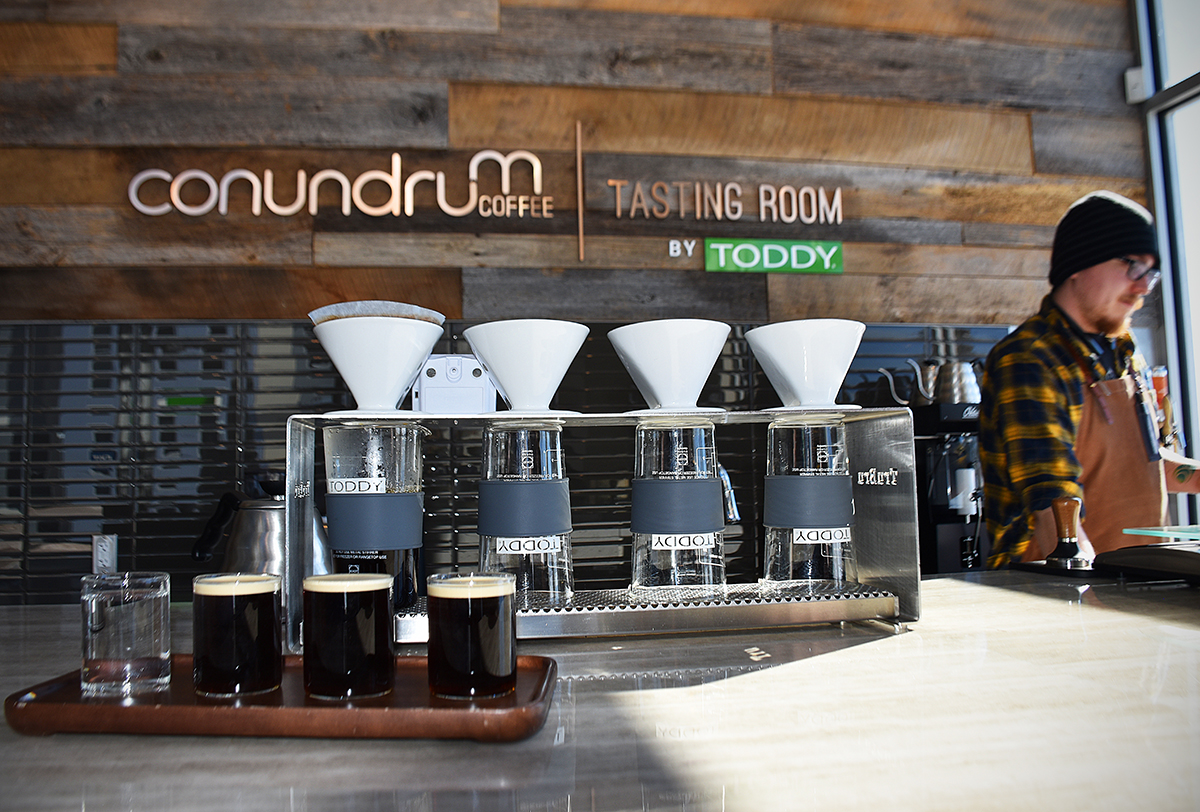 On the Conundrum bar is a 2-group Synesso MVP assisted by a Mahlkönig K30 Twin espresso grinder. Adjacent is a pourover station with four Beehouse drippers. Nine coffees are available on draft, while an Oktober can seamer accommodates guests who want to grab some fresh canned cold brew to go.

Cold brew flights are available along with a selection of specialty drinks, most of which naturally feature cold brew as a primary ingredient. Examples include the “Colorado Breakfast,” a hot drink made up of steamed cold brew with a shot of espresso. 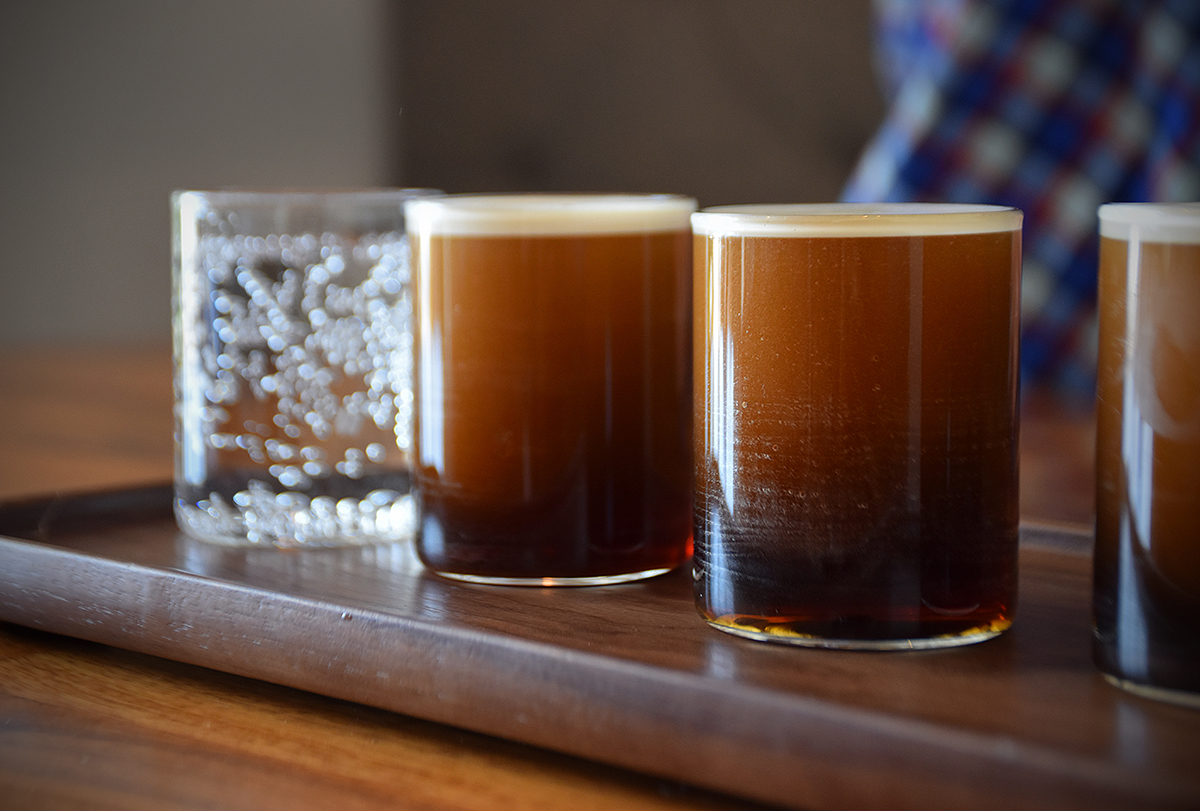 From within the spacious, high-ceilinged and naturally lit space with reclaimed wood finishes throughout, guests can occasionally catch a glimpse of the Toddy production facility beyond a sliding wood door.

Leach said the Toddy and Conundrum team plans to also use the space for classes both public and private, including some potential SCA-certified courses for coffee professionals. In the meantime, typically during weekday daytime hours, all are welcome to dive into the invigorating pool of cold brew.

“Before, Conundrum was more of a lab and an employee lounge for our staff,” Leach said. “We want to use Conundrum to be able to invite in local folks and have better community outreach.” 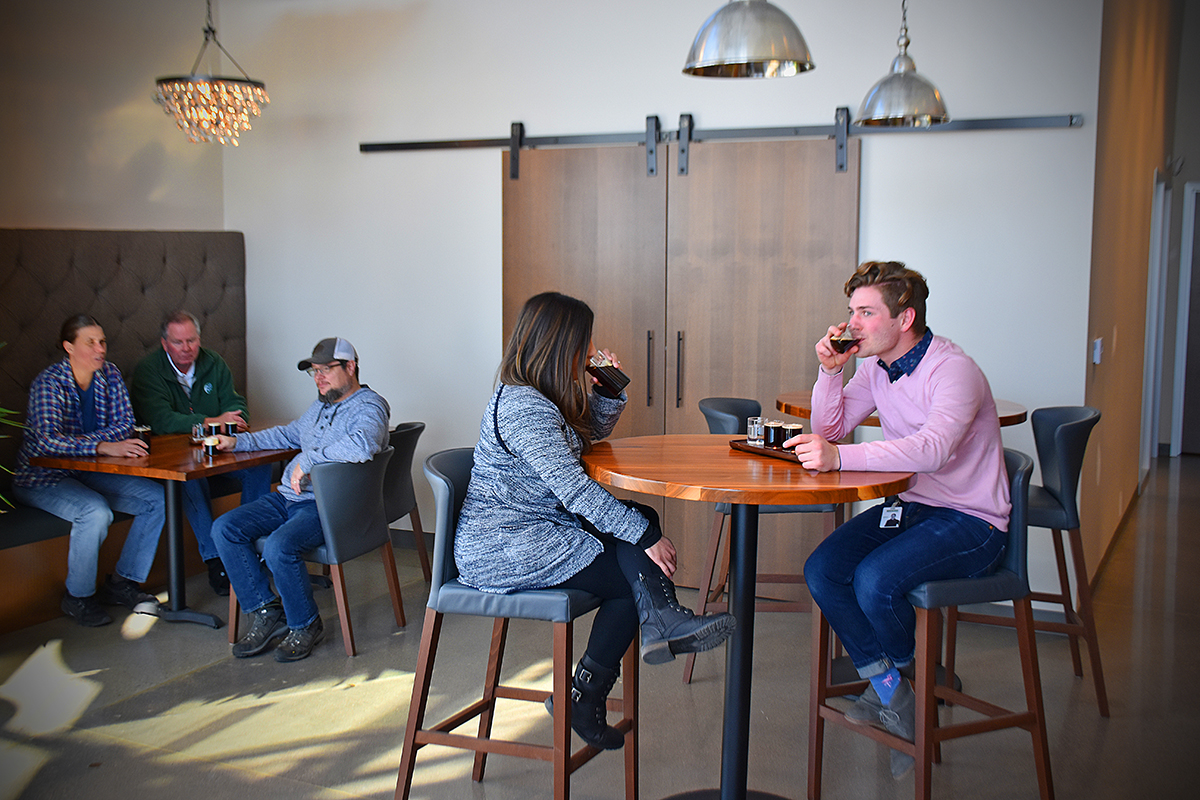 The Conundrum Coffee bar and Tasting Room is now open at 3706 Aldrin Dr in Loveland, Colorado.

[Editor’s note: This story has been updated. An earlier version incorrectly described Toddy’s company history. Toddy was established in 1964 before reforming as Toddy, LLC in 2010.]