With backing from one of the world’s largest coffee-buying empires, Peet’s Coffee & Tea is making its biggest retail expansion push in its 47-year history. The company plans to open some 90 stores over the next 18 months, most of which will be in the Midwest and East Coast, markets that have been unexplored by the Berkeley, Calif.-based company in the past. 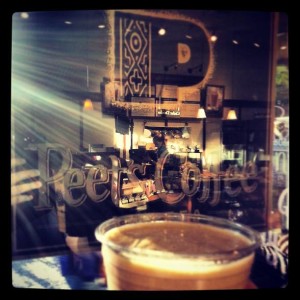 Many of the new Peet’s stores will occupy former Caribou Coffee locations that were closed earlier this year. Both companies are at least part owned by the German investment group Joh. A Bensicker. The firm acquired Peet’s, which had formerly been public, for $1 billion last October, and two months later acquired Caribou Coffee for $340 million.

Earlier this year, JAB finished a $9.8 billion deal to acquire the massive Dutch coffee company D.E. Master Blenders (the owner of Douwe Egberts), making it one of the largest coffee companies in the world, in line with Mondelez International and Nestle.

In an announcement of its retail expansion plans, Peet’s brass repeatedly expressed an interest to engage with consumers locally.

“This is an exciting time in our 47-year history and underscores our commitment to bring our premium, quality coffee to current Peet’s fans and new customers in more neighborhoods across the U.S., starting with Cleveland,” said David Burwick, president and CEO of Peet’s. “Being a part of the community is vital to who we are at Peet’s, and we’re looking forward to working with other local businesses in Cleveland and supporting the overall community.”

The expansion will continue later this fall with new Peet’s store openings in Pennsylvania and Michigan. More Midwest and East Coast shops will follow.