Patrick Dempsey Walks Away From Tully’s Deal After Cash Dispute 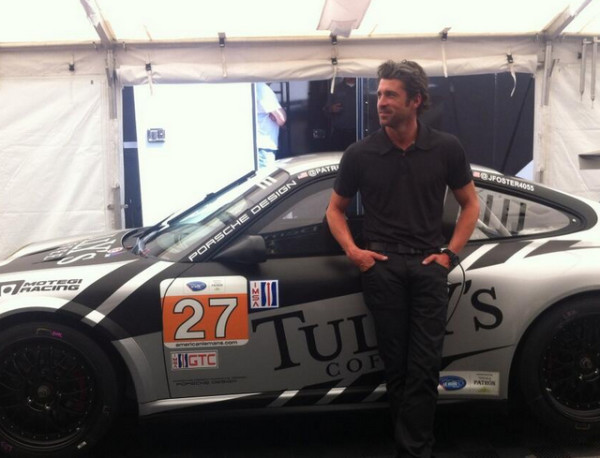 Patrick Dempsey, who owns a racing company, standing with his Tully’s logo Porsche.

Patrick Dempsey is no longer the face of Tully’s Coffee.

After a short legal dispute with his former business partner Michael Avenatti, the actor has left Global Baristas, the investment company run by Avenatti that outbid several other suitors earlier this year to buy the struggling chain.

Tully’s, founded in Seattle by Tom O’Keefe in 1992, shut down many poorly performing shops and filed for bankruptcy last October, with nearly $350,000 in debt to Green Mountain Coffee Roasters, which helped bail the company out in 2009.

Dempsey filed suit against Avanti, the primary investor for Global Baristas, on Aug. 20, alleging that Avanti had broken their agreement by borrowing $2 million against Global Baristas assets, the Seattle Times reports:

“My decision to become a member and manager of Global Baristas was based, in part, on Michael Avenatti’s representation that he would provide both the capital to fund the entire Tully’s acquisition and sufficient working capital to allow Global Baristas to operate the Tully’s Coffee stores once the acquisition was completed,” Dempsey said in the suit.

Instead, he alleged, Avenatti used Global Baristas to borrow $2 million for working capital without telling him. The loan carries an “exorbitant” interest rate of 15 percent annually, the lawsuit says.

Suzy Quinn, a spokeswoman for Global Baristas, did not offer additional details about the resolution. She says Tully’s just had its most profitable month in over four years and expects to grow from 48 company-owned U.S. locations to 75 in the next two and a half years. She says they also have plans to open 200 new stores in China.