Fixie Grinder Inventor: ‘This is Right Up there with the Discovery of Fire’ 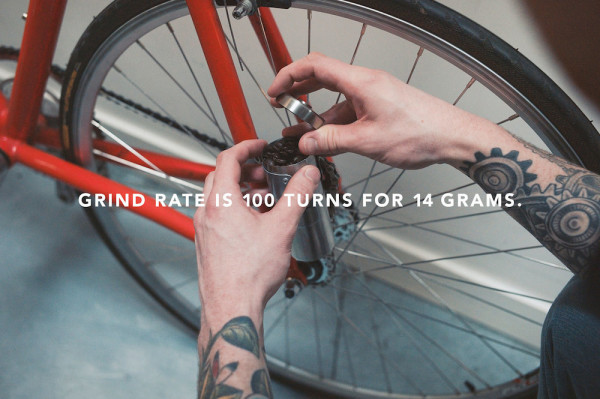 Two London ad agency creatives have invented a single-speed-bike-powered coffee grinder that promises 20-gram capacity and an “analogue” unevenness in the grind. Dan Hill and Dave Buonaguidi from Karmarama are marketing the Gear Grinder as “the coolest grinder on the street.”

“As far as I’m concerned this is up there with the discovery of fire and the creation of the internet in its value to the people of earth,” says Hill. “There’s a clear, often moustachioed, overlap between those who love great coffee and ride fixed-gear bikes to work every morning. We saw that as a brilliant opportunity.” 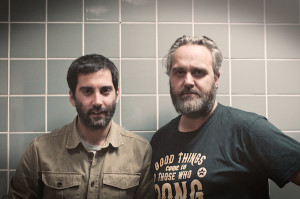 The Gear Grinder involves a single steel hopper that attaches to the seat stay of a single-speed bike, with recommended grind rate of 100 turns per 14 grams (depending on the wheel size and terrain, this equates to about 0.4 miles).

“I have been riding fixed wheel and drinking double espresso religiously for ten years,” says Buonaguidi. “I also believe that hand or foot grinding is better than machine grinding because the imperfections in the ‘analogue’ grinding process creates an unevenness which adds to the subtle notes of the coffee flavour. The Gear Grinder is a personal dream that has finally been realized.”

The punchline may be the Gear Grinder’s price tag — a cool $483 USD. Is this satire? Irony? An honest attempt by two entrepreneurs to capitalize on aging fads? To this point, Hill and Buonaguidi aren’t letting on.