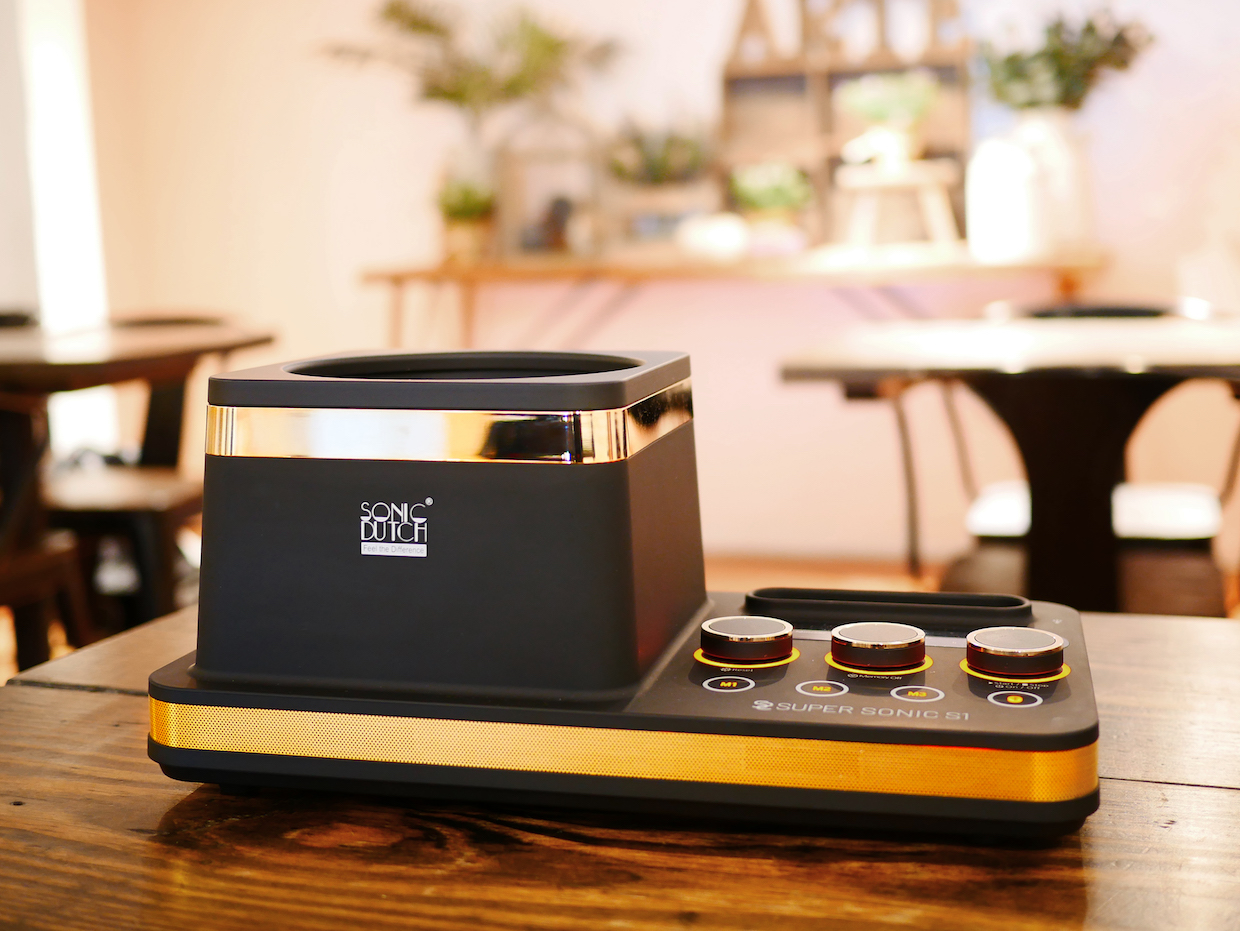 Based in Suwon, South Korea, the company makes a line of commercial equipment called Supersonic, and it has just revealed its latest model. The smaller, more consumer-oriented version called the Supersonic S1 is presently roaring through Kickstarter.

Brewers placed upon the platform of a Supersonic machine absorb vibrations generated by sound waves that issue electronically from inside the machine, with the end goal of dramatically reducing the time it takes to cold-brew coffee through liquid agitation.

The new 100-watt Sonic Dutch device produces sound waves at a maximum volume of 70 decibels, while allowing users to modulate the frequency and strength of the resulting vibrations through knobs on the machine’s digital control panel. Users can set a timer for the machine to run up to one hour, adjust the vibration intensity on a scale of 1% to 100%, and adjust the signal frequency from 20 to 35 hertz. 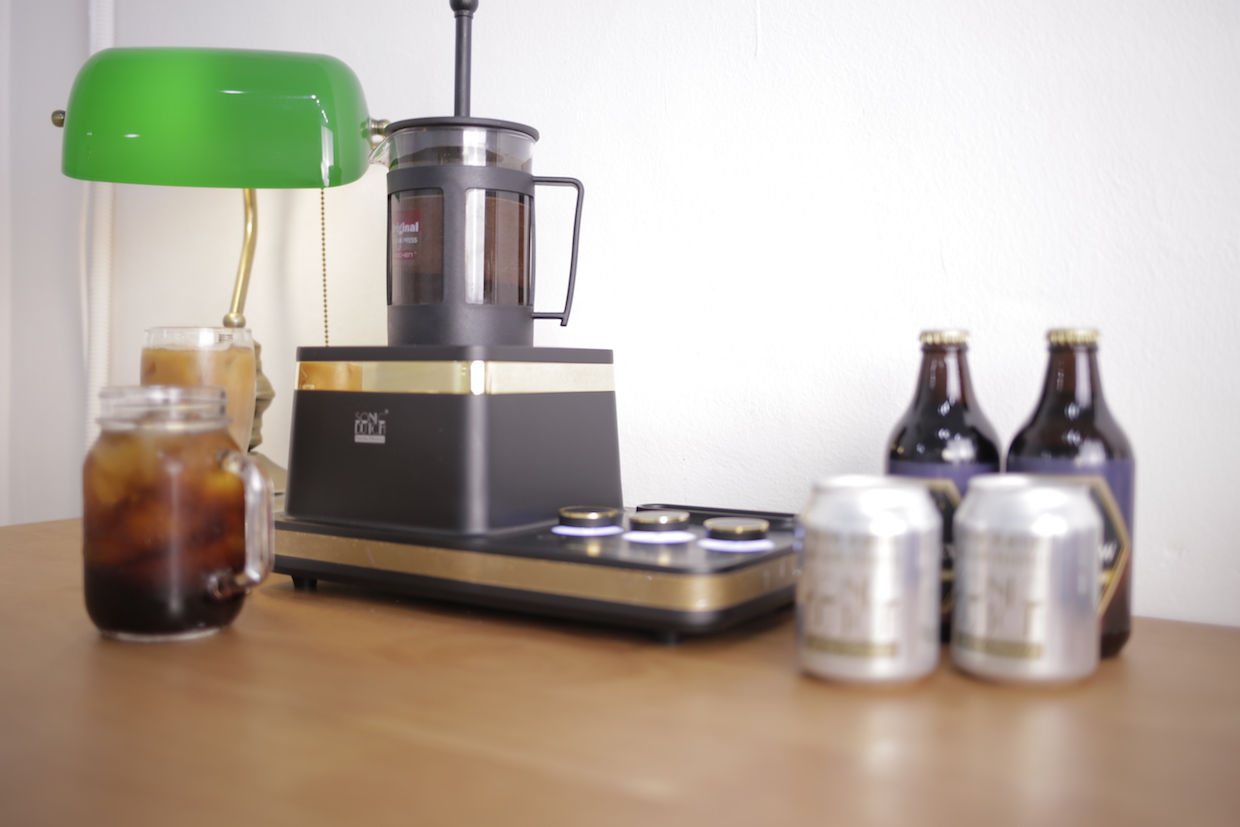 The force of the sound waves is translated into motion through a system of springs beneath the platform, upon which a French press or other brewer is positioned. These vibrations agitate the cold-water coffee slurry inside a French press or other brewer, thereby increasing the speed and efficiency of extraction down to about 5 minutes per liter of room-temperature or colder brew, according to the company.

“If the frequency is wrong, the size of the water wave is wrong,” Sonic Dutch Korea CEO Sang Jun Lee told Daily Coffee News. “If the size is wrong, there is a large difference in taste. So frequency is important, and vibration strength is power. The stronger the power, the faster the extraction.”

Sonic Dutch released its larger first two machines, the Supersonic M and Supersonic L, in August 2017, for use in professional cafes. Each can hold either six or nine 1-liter brewers, or a single 3-liter brewer, at a time. Currently there are roughly 700 coffee shops using them for cold brew in Turkey, Thailand and Indonesia, Lee said. 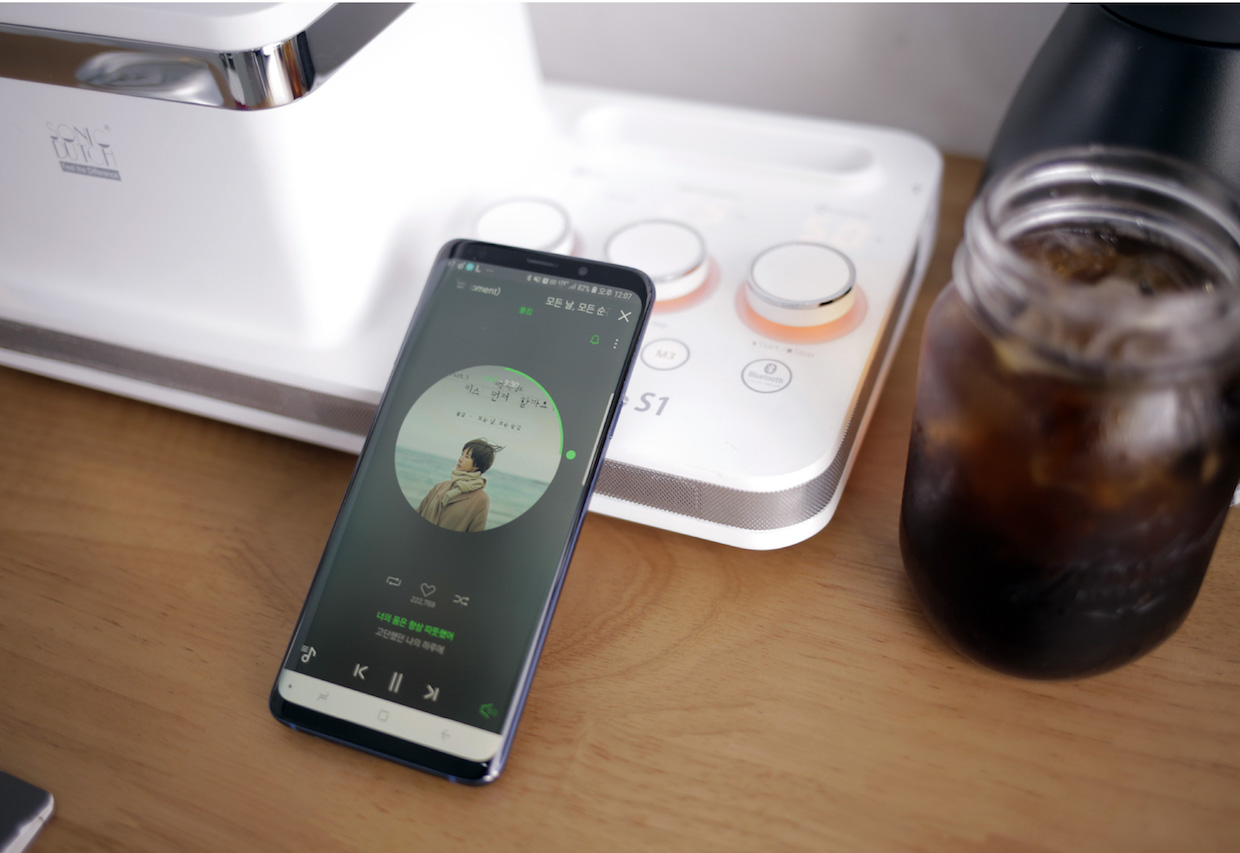 The new Supersonic S1 can store three profiles of duration, frequency and vibration strength for automated execution. Users wishing to cold brew to a soundtrack of their own can use the Supersonic S1’s built-in Bluetooth speaker.

Sonic Dutch is currently promoting the Supersonic S1 through a Kickstarter campaign that has raised more than $36,000 with over a month remaining. In the meantime Lee said the company is also engaging with distribution partners in the United States for a “full scale” entry into U.S. markets. After fulfillment to backers is complete, the retail price of a Supersonic S1 will be $550. A third commercial model, the Supersonic X, is also in development. 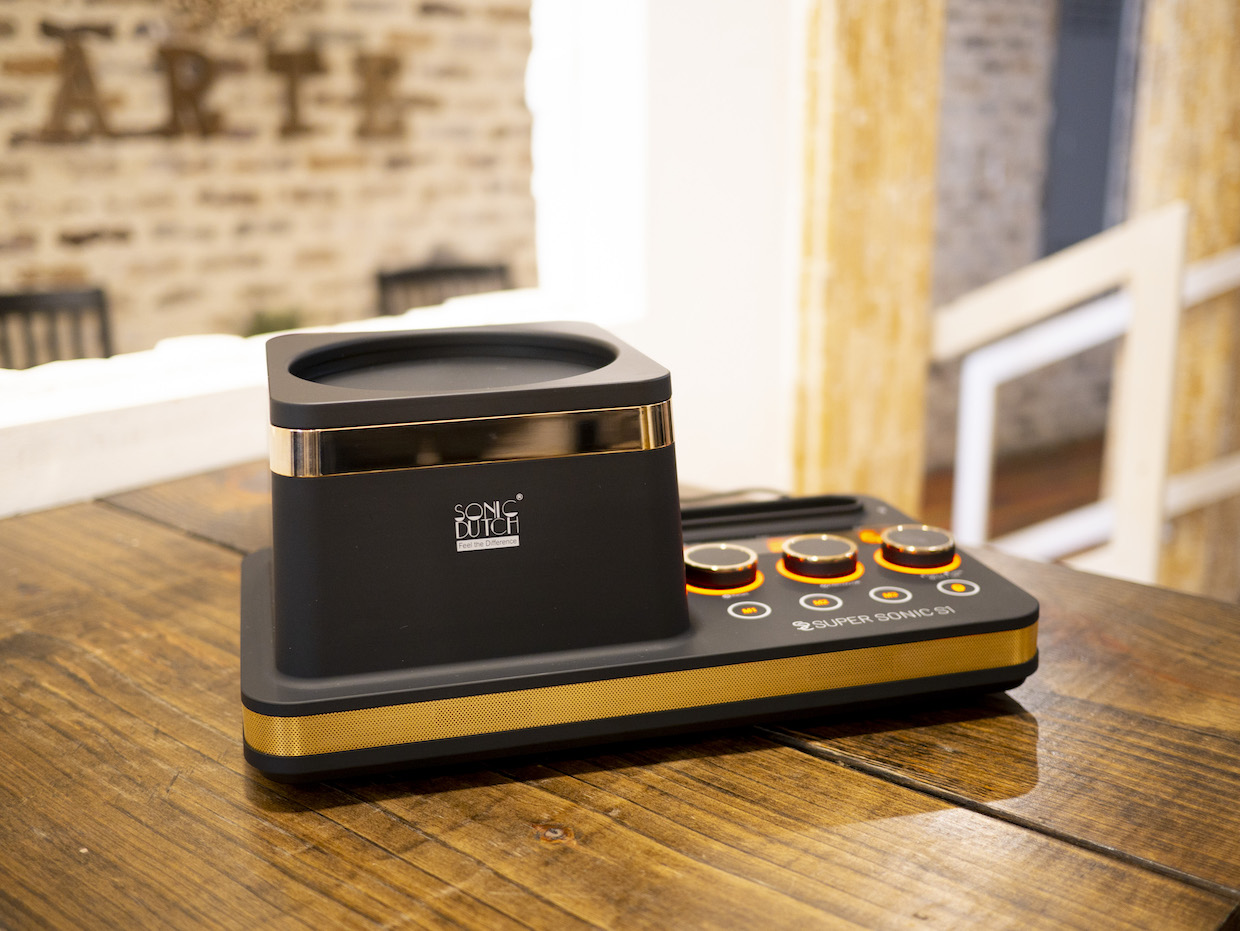