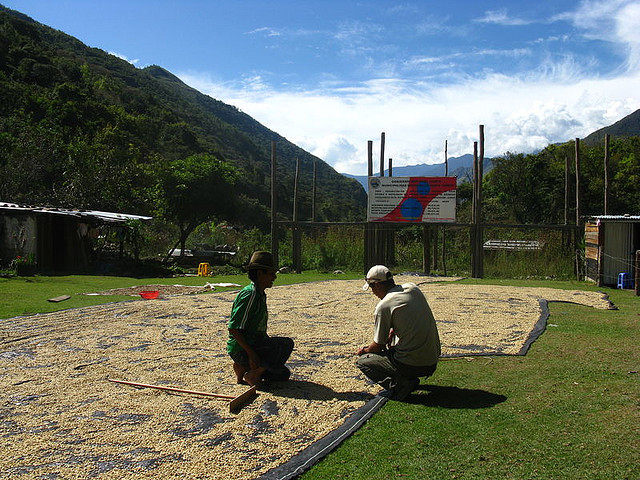 Peru coffee authorities are citing a growing leaf rust (roya) outbreak as the primary reason for a dramatic decrease in production estimates for this year, down to 6 million bags.

Peru’s National Coffee Chamber recently told the Wall Street Journal that more than one third of the country’s coffee-producing farms — which occupy approximately 415,000 hectares — have been affected by roya. And the number is growing, sources said.

Anner Roman, the president of the coffee chamber, said that the fungus will likely spread to more plantations. “It is likely that the area affected will increase to 40% and even 50% [of the plantations],” Mr. Roman said. “The attack of the roya this season is uncontrollable.”

The outbreak is due to climate changes and inadequate use of fertilizers, the chamber said.

The country’s 6 million estimate comes less than two months after the Chamber said it expected a higher-than-normal production of 7.5 million bags.

The timing of the Chamber’s announcement is also interesting, considering surfacing reports suggest that Peru may be one of multiple counties exporting beans to Colombia, where tens of thousands of farmers are currently on strike, citing a lack of government support amid a financial crisis. Here’s more on that from the Global Post:

Last year’s output of 7.7 million 132-pound bags of coffee was a three-decade low and about half of what Colombia produced in 1992. As a result, Colombia has fallen from third to fourth place among world exporters, behind Brazil, Vietnam, and Indonesia.

It’s gotten so bad that the land of Juan Valdez is now importing coffee — which would be akin to Saudi Arabia or Iran importing oil.

Two out of every three cups brewed in Colombia are now made with low-grade beans hauled in from neighboring Peru and Ecuador. That’s due to the recent production problems as well as the fact that most Colombian coffee consists of high-end washed Arabica beans that are exported.

However, in the business of exporting those hand-picked, top-quality beans — used to make flavorful brews that are drawing hoards of Americans to specialty coffee houses — Colombia is still No. 1. Time will tell for how long.