SCAA Accepting Nominations for 2014 Board of Directors 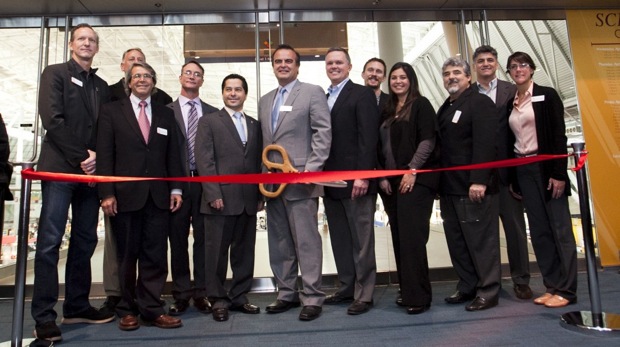 The Specialty Coffee Association of America (SCAA) has put out a call for recommendations to the nominating committee for its 2014 Board of Directors. There are four director positions coming open this year, as well the second vice president position. Nominations will be accepted until Sept. 12.

To nominate another specialty coffee professional, visit here. Following are some nuts and bolts on the terms of the position and the nomination process, straight from the SCAA:

• All Directors shall be elected to serve terms of two years, except that those Directors who are also officers shall continue to serve as Directors while they serve their terms in their respective offices.

• Candidates are nominated to the SCAA Board with the intention of providing the best possible leadership and oversight of the association. The Nominating Committee shall primarily consider the individual qualifications of each Member it nominates as a Director or Officer, but shall endeavor to have each of the primary membership categories represented on the Board of Directors, and shall endeavor to have no more than three Directors serving from any one of the primary membership categories.

• Serving as a director or officer of the association is a serious task with many responsibilities and has legal as well as ethical obligations for the Director.

• A standing SCAA Director cannot be re-nominated for a 4th consecutive term as a director.

• The 2nd Vice President shall have served at least one term on the Board of Directors.

Timeline for Nominations and Elections:
• August 13, 2013: Call for recommendations to the Nominating Committee
• September 12, 2012: Deadline for recommendations to the Nominating Committee
• November 19, 2013: Slate is published at scaa.org/chronicle
• January 7, 2014: Deadline for petition candidates to be added to the ballot
• February 19, 2014: Ballots are distributed to eligible voting members.
• March 22, 2014: Ballots are due, voting closes
• April 2014: Election results are announced