The History of the Coffee Sleeve, Practically a Work of Art 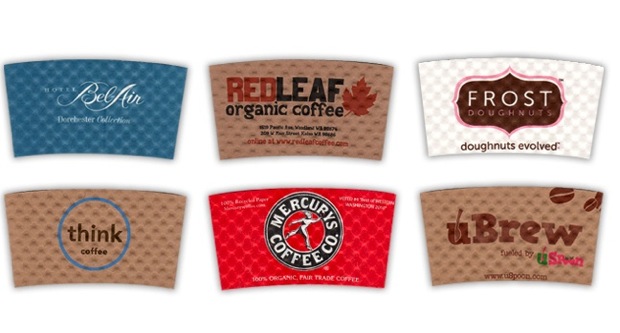 For coffee shop operators, the coffee cup sleeve may viewed as a necessary expense. But what if we step back and view it as an historically significant invention? Or even a work of art?

For some historical context, we turn to the Smithsonian, which recently recounted how the coffee sleeve came about. (The story goes hand in hand with that of the company Java Jacket and its founder Jay Sorensen.) A coffee sleeve is currently housed alongside other famous master works inside New York’s Museum of Modern Art (MoMA). The sleeve was part of a MoMA “Humble Masterpieces” pieces collection in 2005 alongside other ubiquitous — and branded — items such as Post-It notes, Bic pens and Band-Aids. From the Smithsonian:

“The reasons for inclusion were very straightforward: a good, sensible, necessary, sustainable (by the standards at that time) solution for a common problem,” says MoMA’s curator Paola Antonelli of the cup sleeve. “While modest in size and price, these objects are indispensable masterpieces of design, deserving of our admiration.” 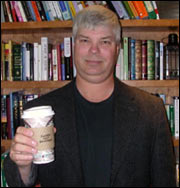 So how did this “indispensable masterpiece” come about? As the story goes, Sorensen was handling a drive-through coffee on the way to his daughter’s school when a spill burned his fingers, causing a further spill to his lap. A light bulb illuminated in Sorensen’s mind, and two years later, Java Jacket was born. The Smithsonian has more:

Sorensen initially set out to design an insulated cup that could replace paper cups and Styrofoam cups, which were slowly being phased out as cities across the United States began to ban polystyrene food containers. But he couldn’t figure out an efficient way to package the cups for clients, neither nesting nor folding would work. He also reasoned, correctly, that not all coffee drinks needed that much insulation; his research indicated that only 30 to 40 percent of drinks sold at coffee shops required protection beyond the paper cup. Iced coffee drinks and lattes aren’t hot enough. The cup idea wouldn’t be economical for stores, it would have to go.

Sorensen can’t say how he hit upon the idea for the cup sleeve. “It was kind of an evolution,” he says.  He used embossed chipboard or linerboard after nixing corrugated paper because of the price point. (Starbucks, who obtained their own patent after Sorensen got his, used the more expensive corrugated paper on the inside of their cup sleeves and smooth paper on the outside.)

For more on the invention of the coffee sleeve, and its recent history as an art installation, visit the Smithsonian.

Amazing that we’re filling the Smithsonian with our disposable waste product culture now.

I just watched on History Channel about this invention The Java Jacket..I can’t believe Starbucks turned him down and then snuck around and created their own design for a coffee sleeve.Screw you Starbucks for jacking Jay Sorensons design. Booo! on you.