Leading up to its 2014 Event in Seattle in April, the Specialty Coffee Association of America has announced the recipients of its 2014 Recognition Awards.

Selected by a panel from the SCAA’s Past Presidents Council — only the Sustainability Award is selected by the SCAA Sustainability Council — the awards program recognizes leaders that “have made contributions to the industry, resulting in the development and promotion of coffee excellence and sustainability,” the SCAA announced today. Recognition Award winners this year include: 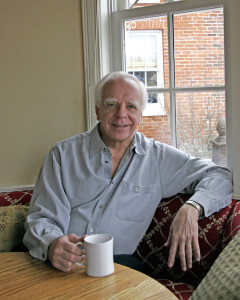 Stiller founded Green Mountain Coffee Roasters in 1981, and served as its President, Chief Executive Officer and Chairman of the Board until 2007. He remained as Chairman until 2013 when he retired from the board. From SCAA:

Bob always fostered and allowed the company’s actions to be guided by employee initiative, and this led to employees being truly engaged in the success of the organization. At one time 20% of the organization’s employees traveled to coffee communities to understand first hand their impact to the world. At Green Mountain, Bob showed how a dedication to the employees, customers, consumers, supply-chain providers and other stakeholders could create a beneficial business model that results not only in profits – which were shared throughout the organization – but also in a passion for making the world a better place.

Menon worked at the Coffee Board of India, a Government of India Organization, from 1972 until 1995, ultimately becoming the Director of Quality Control. In 1993, she established her own company, Coffeelab Limited, in Bangalore. From SCAA:

Her skill in quality evaluation is respected and recognized the world over, with many producing and consuming origins seeking her expertise for an independent quality evaluation of their coffees. She is not only considered as one of Asia’s recognized coffee cuppers, but is also invited by coffee origins to conduct cupping workshops; to educate coffee entrepreneurs and enthusiasts on the finer nuances in the coffee cup.

Service to the Association: Trevor Corlett

Trevor is CEO and co-founder of Madcap Coffee Company and currently lives in the Washington, DC area heading up Madcap’s expansion project. He is also currently serving as the Chair of the Barista Guild of America, is a SCAA Specialized instructor, a subject matter expert in espresso for the SCAA, and an editorial advisor for Barista Magazine.

For this project, Twin, a UK-based ethical trading organization, set out to engage new producers in the Democratic Republic of Congo (DRC) and help them access value-added markets for the first time. Twin’s first partnership was with Sopacdi, a coffee cooperative in this region, which had 284 members and was in need of support, capacity building and access to international markets. From SCAA:

Since 2008 Twin has worked to build production and export capacity for this cooperative, including coffee farm rehabilitation, processing infrastructure, and business and governance capacity. Today, the cooperative has 5,200 members, including 1,450 women, and has constructed the country’s first modern coffee washing station in 40 years. Twin also partnered with the UK supermarket, Sainsbury’s, and the roaster Finlays under a Food Retail Industry Challenge Fund (FRICH), funded by the Department for International Development (DFID) and Comic Relief in 2009.

For more on each of this year’s winners, check out the Specialty Coffee Chronicle.