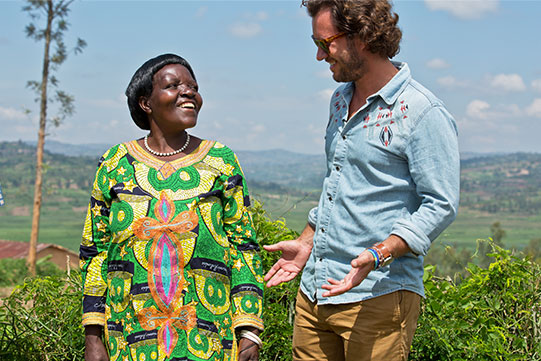 Mycoskie with a farmer in Rwanda. Photo by Toms.

Blake Mycoskie, the celebrity entrepreneur behind the wildly popular Toms shoe company, yesterday unveiled ambitious plans to get into the coffee game. Mycoskie made the official announcement at an on-stage performance at Austin’s SXSW that coincided with a well-coordinated media blitz, including this exclusive CNN feature. 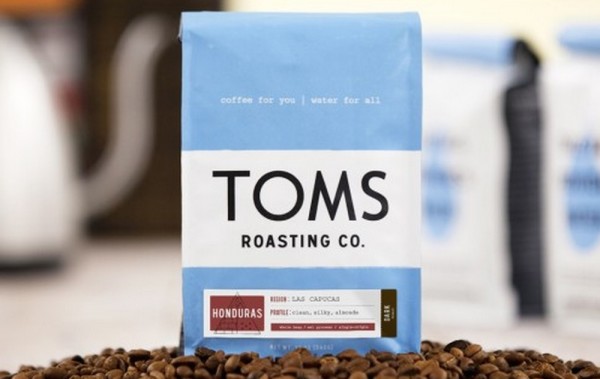 Toms Roasting Co. will follow the shoe business’s “One for One” approach — for each bag of coffee sold, Toms will provide a week’s worth of clean water to someone in need. Toms is working with the group Water for People in five of the countries from which it sources its coffee, including Guatemala, Honduras, Rwanda, Mulawi and Peru. 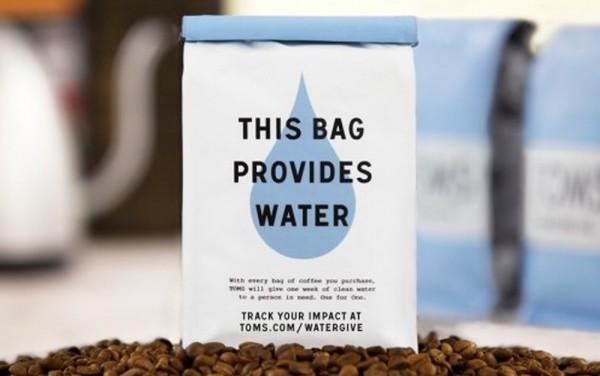 As for the coffee itself, Toms is talking a big game, saying it plans to take on some of the more well-established names in high-end specialty coffee by offering direct-from-source, single-origin coffees. From CNN:

TOMS says it’s not targeting Starbucks (SBUX) so much as “third wave” artisanal roasters like Blue Bottle, Intelligentsia, and Stumptown, cult coffee brands that keep cropping up in places like San Francisco and Portland.

Speaking with several news outlets at SXSW, Mycoskie has also shed some light on the Toms retail experience — two Toms Coffee-branded cafes are launching in Austin and Los Angeles, respectively, while another is being developed in New York for a late Spring opening. He told Elle:

Over the past 10 or 15 years coffee shops have become kind of commercialized, very sterile, and there really aren’t places outside of your work and your home to go and really have a nice kind of coffee experience, with more of a community feel. I’m kind of going back to the roots of the coffee shop.

Rachel Halliburton, who helped lead the marketing for the coffee project, told CNN: “I’m intimidated to walk into Intelligentsia. We want you to feel okay about walking in and saying, ‘I just want a cup of coffee, and yes, I’m going to put sugar in it.'”

in most artisan roasting minds, coffee is just coffee once you add anything to it. nothing is wrong with that by any means if you like it; however, it’s really not any better than any other coffee available. think of all the delicate sweetness: berry or peach, or citrus notes that are covered by adding sugar, or anything. If the coffee is of high quality, you should not have to add anything to it to drink it. Suck it up peeps!