Erna Knutsen to Retire with an Incredible Legacy in Specialty Coffee 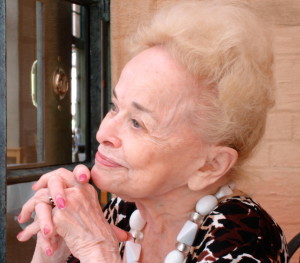 Erna Knutsen, known for coining the phrase “specialty coffee” four decades ago, is retiring as operations begin to wind down at Knutsen Coffees Ltd.

Knutsen takes with her a rich personal and professional legacy in the specialty coffee world: from developing her green coffee company over nearly 30 years, to her extensive work in coffee trade organizations, to helping pave the way for women in what has been a traditionally male-dominated field.

In a letter to her friends in the roasting community, Knutsen wrote:

Well, it has been a good run, but it is time to pack our bags and travel the world. We have enjoyed the many friends and many years in the Specialty Coffee business, and couldn’t have chosen a better career.

It has been a glorious experience searching out and importing the finest coffees in the world for our friends in the roasting business. Working with the SCAA to spread the religion of quality in both producing and consuming countries has been fun and fulfilling.

Norwegian-born Knutsen came to coffee after working in New York as a model. While later working in an administrative role at a Bay Area coffee and spice company and developing her initial interest in coffee, she encountered a broker who said he had a small bag of “specialty” green beans. Womenitics has more on this encounter, which forever changed Knutsen’s life path:

“My boss said we could buy it if I could sell it,” she says. The men wouldn’t let her into the sales room to roast it, so they did it for her and brought it back to her cubicle.

And that was Knutsen’s start in the wild world of coffee.

“No woman had ever crossed this threshold – from secretary to selling,” Knutsen says. “I loved it, and I love people, but men gave me a really hard time. They didn’t like the idea of women coming in and doing what I’m doing.”

Knutsen went on to launch her own specialty coffee import company in 1985, was an early organizer and member of the Specialty Coffee Association of America, and received the organization’s first ever lifetime achievement award for efforts supporting the industry. Her full list of professional accolades is entirely too long to publish here.

Knutsen and Knutson Coffees CFO John Rapinchuk will be attending the SCAA show this week in Seattle.