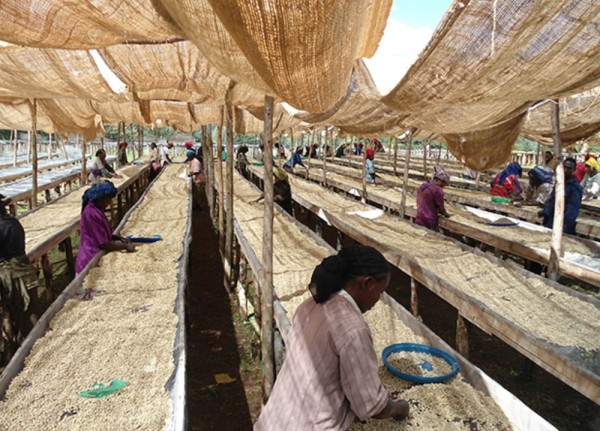 Photo by the BEBEKA Coffee Estate.

Horizon Plantations Plc., the agriculture company majority-owned by Saudi billionaire Mohamed al-Amoudi, plans to invest some $500 million USD mostly in Ethiopian coffee projects over the next five years, according to a Bloomberg report this morning.

Horizon currently operates two of Ethiopia’s largest plantations: Limu, a six-farm operation covering 12,000-plus hectares in Jimma Zone of the Oromia Regional State; and Bebeka, a 10,000-plus-hectare estate in Southwest Ethiopia. Both plantations produce UTZ, Rainforest Alliance, and 4C Association certified coffees, as well as numerous other crops. Horizon began the acquisitions of the formerly state-owned farms in 2009, making the company one of Ethiopia’s largest washed Arabica producers. It also completed the private acquisition of a 5-hectare processing facility, the Coffee Processing and Warehouse Enterprise (CPWE), last year.

Sources from Horizon told Bloomberg that the investment in worker training, road improvements and washing station upgrades could double production over the next five years to about 1.5 tons of coffee per hectare. The company is also looking for investment partners for the CPWE. “We need very good, genuine partners who can work with us and support us to make competitive processed and packaged coffee,” Operations Director Kemal Mohammed told Bloomberg. “To penetrate the foreign markets is not an easy task.” Read the full Bloomberg report here.

Al-Amoudi, who also has a large stake in numerous other agricultural operations in Ethiopia — as well as a large cement factory and a gold mine — is estimated by Forbes to be the 63rd richest person in the world, with a net worth of approximately $12.3 billion.

This is the same guy who managed to get the Ethiopian government to sell him (at what price??) five thousand virgin forest acres, complete with indigenous peoples, in western Ethiopia, which he proceeded to deforest, kick off the people and create what Starbux called “a paradise”. Starbux paid $1.64 for the coffee and sold it as a Black Apron special for $24.95. Birds of a feather, I guess.

For background, google Gemadro Estate and Starbucks and read the article in the Sacramento Bee busting the project (which Starbuck withdrew).

Thank you Dean for commenting on this so more people will become aware that things are not always as they seem. You are an inspiration to all of us who wish to do business in an ethical way.

Thanks for bringing this up Dean. I remember this event clearly. The last refuge of heirloom coffees has been commoditized. I’ve been finding Catimor in my FTO Yirg. too, sacrilege.