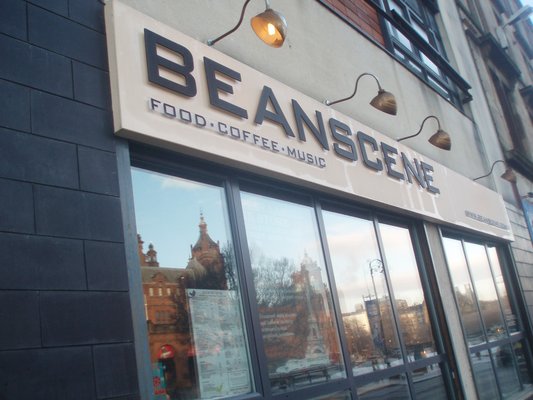 The Scottish retail chain Beanscene, which once had ambitious plans for battling the likes of Costa Coffee and Starbucks, is filing for liquidation after multiple ownership groups were unable to reinvigorate the brand.

The Herald Scotland reported today that liquidation proceedings are expected to begin next week:

Clients who are owed money by the coffee company, founded in 2000, have until November 12 to lodge claims with the court.

The last accounts filed by Beanscene Scotland Ltd show it had accumulated losses of £171,000 as of December 31 2012.

Founded by musician and entrepreneur Gordon Richardson in Glasgow in 2000, Beanscene at its height in the early 2000s had as many as 16 retail locations, employing more than 140 people. The shops were also operated as music venues, and incidentally Beanscene is credited with helping launch the careers of Scottish singer-songwriters Amy Macdonald and KT Tunstall.

The business went bankrupt in 2008 with debts of €3.7 million, and a two-year government probe found that Richardson had used some €189,000 from Beanscene accounts to invest in other companies, rather than pay back creditors. He was banned from running any UK company for six years, beginning in 2010.

The Beanscene chain was purchased in 2008 by the owners of a Glasgow-based upscale eatery and fashion store concept called Fifi and Ally. That brand was dissolved in August after Glasgow hospitality industry veteran purchased both the Beanscene and Fifi and Ally brands.