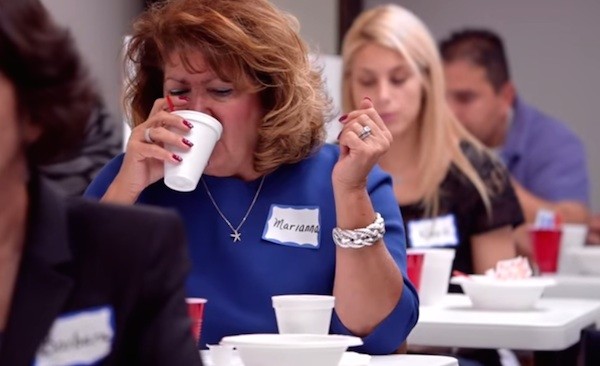 Cumberland Farms, a gas station and convenience store chain with a strong presence in New England, has an aggressive new PR campaign promoting the results of a blind taste pitting its Farmhouse Blend coffee against the Dunkin’ Donuts Original Blend favored by gazillions of New Englanders.

Cumberland farms says test subjects were selected from four unidentified “major markets where both Cumberland Farms and Dunkin’ Donuts stores are located,” and subjects “purchased brewed coffee away from home, most often at Dunkin’ Donuts.”

Apparently, in Dunkin’ country, an approximate tie is a big win.

“We couldn’t be happier with the results and feedback from this taste test, and it proves our longtime belief that you don’t need to sacrifice great taste to get an affordable cup of coffee,” Cumberland Farms CEO Ari Haseotes said.

Affordability is key here. The PR campaign stresses that any size Cumberland Farms coffee is 99 cents, between about 66 percent to 120 percent cheaper than a Dunkin’ coffee, depending on size. The overarching question CF is posing is, “If they’re pretty much the same thing, why not pick the cheaper one?”

Why not, I guess.

Check out this CF-produced video, in which blind testers who preferred the company’s enthusiastically rhapsodize with reviews like, “It had a lot of flavor,” and, “I’m shocked because I always buy Dunkin’ Donuts.”