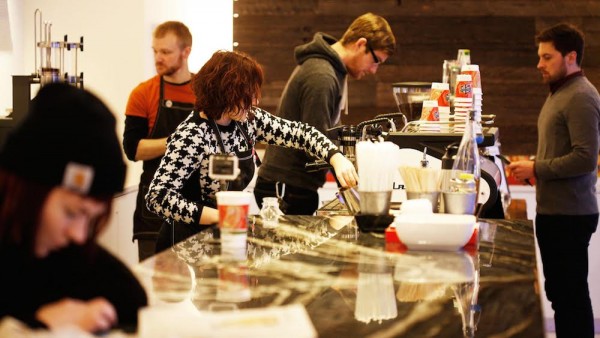 Minneapolis-based Peace Coffee has opened its third retail location, on the first floor of the city’s second tallest building, the Capella Tower.

The skyscraper, which originally opened in 1992 at 225 South Sixth, was recently renovated to LEED Gold standards as part of a $7 million improvements plan that also spruced up the lobby where the Peace Coffee bar awaits.

The bar itself includes an Alpha Dominche Steampunk 2.1 brewer, and a La Marzocco Strada EP espresso machine. Peace Coffee Marketing Director Mel Meegan tells Daily Coffee News that the company’s Twin Cities Blend is readily available as a filter brew, while the Steampunk will brew a rotating selection of two coffees, one blend and one single-origin. The espresso side features a pretty straight menu, along with quarterly rotating seasonal drinks. 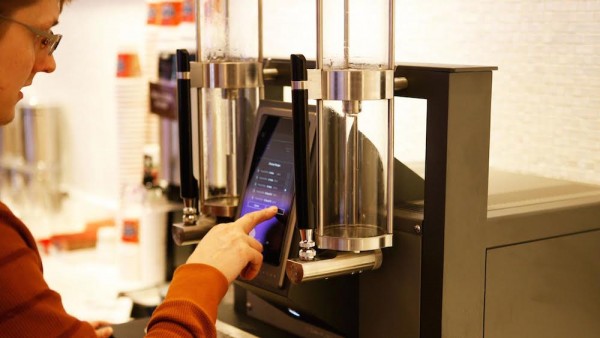 Current specialty drinks include the Grasshopper Mocha, which Meegan says “hits all the seasonal notes”  by incorporating organic, house-made peppermint syrup into a mocha base. The other is the Fireside Chat, in which drops of orange oil and clove syrup spice up an Americano.

The drink is also a nod to the lobby’s other defining element, an indoor, open-flame (gas) fire pit. (Minnesotans know a thing or two about getting cozy in February.)

The Peace bar is also offering fresh juices, and pastries from Patisserie 46 and Sift Gluten Free. 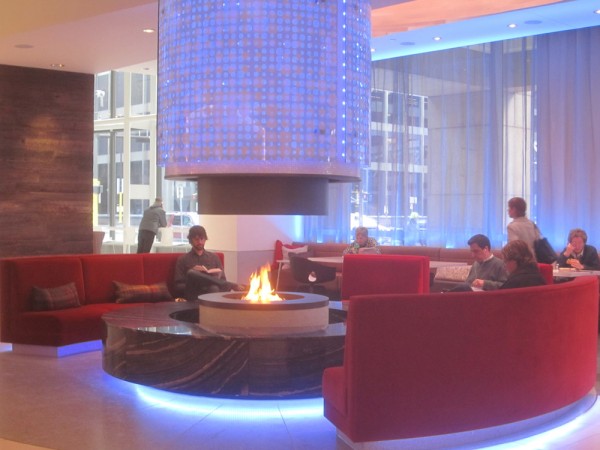