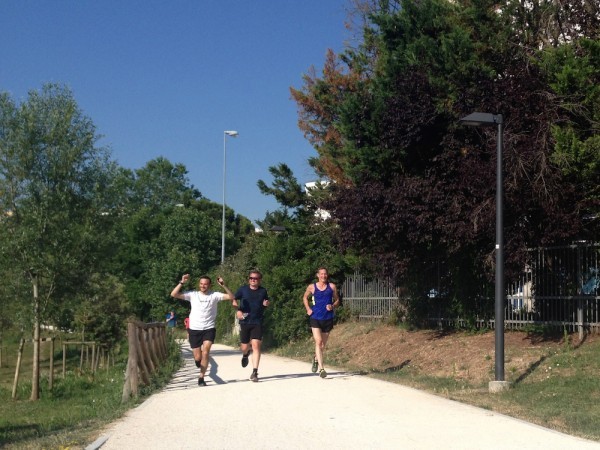 From the second annual JavaJog for a Cause in Seattle

The third annual JavaJog for a Cause, which raises money and awareness for women in coffee-producing communities, has been scheduled for April 10, in conjunction with the SCAA 2015 Expo.

Roast Magazine is proud to return as a sponsor for JavaJog, which this year will benefit women in the SCAA 2015 portrait country, Ethiopia.

“Ethiopian coffee is among the most sought-after coffees in the world, and although women play a central role in assuring its quality, especially on the farms and at the processing centers, they remain very much behind the scenes,” says Beth Ann Caspersen, one of JavaJog’s founders. “Political turmoil, an influx of refugees and high rates of poverty have affected many Ethiopians and women bear the brunt. They suffer from high rates of genital mutilation, lack of education and domestic violence. Many live without access to clean drinking water or medical facilities.”

The JavaJog is hoping to surpass last year’s more than $35,000 in individual and company donations that benefited women in the Democratic Republic of Congo. This year’s goals are more than 300 runners and $45,000 in donations. The group is currently seeking sponsors for the 2015 event. Info on sponsorship levels is available here.

Funds raised by the jog will be invested in organizations working locally with Ethiopian women in a variety of areas, including health, productivity, training, leadership and advocacy. JavaJog organizers are coordinating coffee partners on the ground in Ethiopia, targeting potential recipients for this year’s funds. Key groups will be invited to submit proposals, which will be reviewed by an independent committee. Reports on the use of the funds will be made public on the JavaJog website.

Check out the JavaJog website for more info, including information on how to participate in the jog itself. Javajog is again using the Crowdrise platform to promote participants and donations.