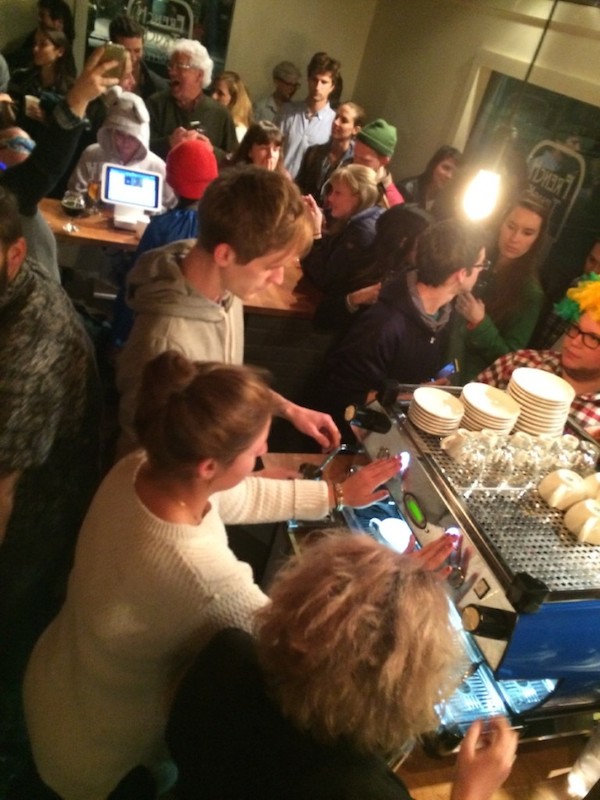 Baristas are organizing in New Orleans — not in a Woody Guthrie way, but in a “let’s all get together, have some fun, develop our craft and drive the city’s coffee culture forward” way.

The New Orleans Barista Social Club officially launched in January with a TNT at the small French Quarter shop Spitfire Coffee, which was packed with about 70 attendees and featured 20 competitors. That was followed by February’s TNT at French Truck Coffee, which was supported by a healthy list of event sponsors.

“I think folks were excited that an event like this, which they’ve seen pop up in other cities, was finally part of the fabric of the New Orleans coffee scene,” NOBSC co-organizer Jonathan Riethmaier recently told Daily Coffee News.

Barista organization in New Orleans is not without precedent. The Society of New Orleans Baristas — with the tongue-in-cheek acronym SNOB — was launched in 2009, in part by Kirk Knipmeyer, now of Orleans Coffee. “I felt like I was lost in the wilderness with no one to talk to about coffee,” Knipmeyer says as part of the NOBSC origin story. “So we had this idea to try to get baristi together and talk shop, and to try to get inspired by each other.”

After growing a small but devoted membership, organizing multiple coffee festivals and backing the first trips by local competitors to the South Central Barista Championship in 2009, the group dissolved in 2011, with Knipmeyer saying, “The city just wasn’t ready.”

In 2013, Aleece Langford of the Lower Garden District’s HiVolt Coffee formed Nola Baristas, which included monthly, if somewhat informal, gatherings and a corresponding Facebook group for information-sharing. Langford and Riethmaier began collaborating this year, following the latter’s move to New Orleans after a coffee career in Washington D.C. (He’s planning to launch a cafe/bakery called New Orleans Coffee & Bread in 2015.)

NOBSC will continue to have monthly gatherings at various shops under the name “Coffee After Hours,” while adding the TNT element at other local shops.

“New Orleans has always been a great coffee city in terms of consumer participation, and the role of the cafe occupies a more significant space than I think you’d find in most American cities. So from that perspective, the coffee scene is neither new or novel,” Riethmaier says. “But I think what you can point to in recent years is the upswing in quality specialty coffee shops and roasters, and the added attention local baristas are placing on their craft. New Orleans is remarkable in how it rewards people and businesses in culinary pursuits, so as the coffee scene shifted more toward the specialty market, consumers in turn responded with enthusiasm.”

For more, including information on events, visit the New Orleans Barista Social Club online or check out the Facebook group.