From Theory to Policy: The Next Step in Coffee Supply Sustainability 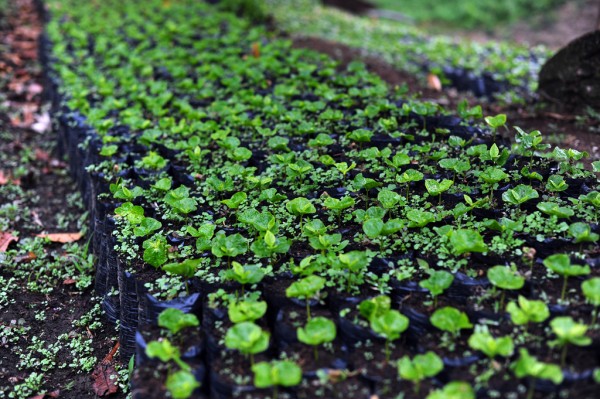 The sustainability conversation in specialty coffee has evolved in important ways since I first tuned in more than 10 years ago. I find it to be more robust. More nuanced. More mature.  And, well…just more.

The list of topics on the industry’s sustainability agenda is longer than it was a decade ago. One topic that does not seem to have made its way into the slipstream of the conversation, however, is policy. But regulatory and policy changes at origin and in the marketplace have real implications for ongoing commercial operations as well as the economic, social and environmental impacts of the coffee trade.

SCAA Executive Director Ric Rhinehart spoke to the importance of coffee policy in producing countries at the 2014 edition of Let’s Talk Coffee in Panama.

He contrasted the laissez faire approach to the coffee sector in Panama with what he characterized as the interventionism of governments like Brazil and Colombia, and attributed the differences in composition of the coffee sectors in those countries to their respective policy approaches. More specifically, he suggested that Brazil and Colombia, which together have nearly 1 million coffee farms, is fundamentally more inclusive of smallholders due in part to the active engagement of their respective governments in the coffee sector.

(Read this interview for more detail on Ric’s views on the social implications of policies in the coffeelands.)

The commercial construct for the coffee trade varies from one country to the next. A range of variables – including but not limited to processing technology, the number of processors and exporters, barriers to entry, the degree of competition, access to agronomic and financial services, etc. – can affect the economic impact of the coffee trade on growers. In some cases, these variables are determined by culture or tradition. In others, they are determined – or at least influenced – by policies governing agriculture in general and coffee in particular.

Last year, for example, the local government in Nyeri, Kenya, intervened in the governance of the county’s coffee supply-chain operations in an effort to increase the share of FOB prices that reach farmgate is only the latest example – a move that had significant implications for ongoing sourcing operations there. In Colombia, the trading role of the country’s coffee institutions creates price transparency and guarantees market access – a result of the unique policies governing its coffee sector.

Finally, the content and enforcement of environmental legislation in coffee-growing countries goes a long way in shaping the physical environment in which coffee is produced and processed, and in determining the environmental impacts of coffee. I wrote this post years ago about our efforts to help a partner in El Salvador comply with national standards for coffee wastewater treatment designed to protect water users downstream from its coffee mill. But water is only one critical natural resource affected by environmental policy. Costa Rica and Mexico have been celebrated for their robust payments-for-ecosystem-services initiatives, which compensate growers for the environmental benefits of their farming practices and create financial incentives for more sustainable forest, soil and water resource management.

Policy isn’t just relevant to the sustainability of specialty coffee at origin.  It is also affecting supply chain operations in the United States.

In 2010, the California legislature passed SB657, better known as the California Transparency in Supply Chains Act. It obligates businesses with more than $100 million in annual sales revenues in the state to publicly disclose the measures they are taking to eradicate slave labor and human trafficking from their supply chains.

Meanwhile, the U.S. Food and Drug Administration is finalizing the language of the Food Safety Modernization Act (FSMA) which is designed to protect consumers from food-borne illness and bioterrorism and will have profound impacts on agricultural supply chain operations.

What do regulations like these mean for coffee companies?  Today, maybe not so much.  Only one coffee roaster meets California’s high revenue threshold for public disclosure, and the National Coffee Association has filed public comment on the proposed language of FMSA to suggest that coffee’s supply chain architecture and the roasting process may make it worthy of special consideration in the application of the new law.

But more coffee companies will meet California’s revenue threshold for compulsory public disclosure over time, and there are ongoing efforts in Washington to pass a nationwide version of California’s landmark legislation. Moreover, both SB657 and FSMA are milestones in a regulatory landscape that is pushing companies to develop more supply-chain transparency and better traceability systems. The motivations behind these regulations are different: SB657 was motivated by social concern for workers in far-flung supply chains and FSMA by concerns over food safety and bioterrorism. Add to these motivations the growing consumer interest in the source of our food–both as a reflection of social concern and the growing understanding of coffee as a culinary product that reflects the terroir of its origin – and the momentum behind improved supply chain transparency seems irresistible. And knowing more about the source of our coffee and the conditions under which it was produced is an essential pre-condition for acting to improve the social, economic and environmental impacts of the coffee trade.

As the sustainability conversation in specialty coffee continues to evolve, policy at home and overseas may assume a more prominent place in the discussion.