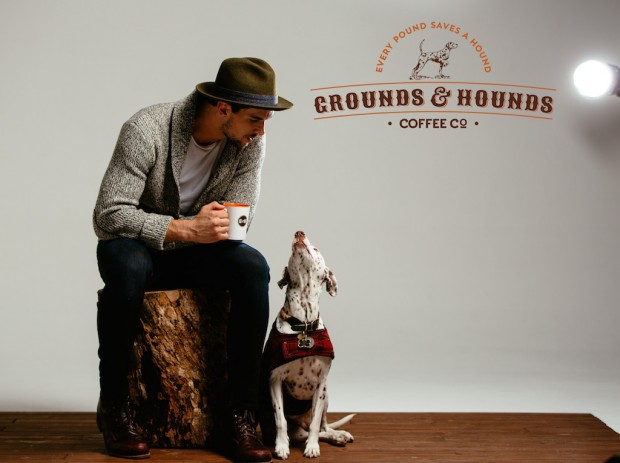 All photos courtesy of Grounds & Hounds

In the midst of all the scrambling and stress of the holiday season — the shopping, the traveling, and the tying up of loose ends at work — it all hopefully comes together in some cherished moments at hearth and home. Many of these moments occur with cups of coffee in hand, and in millions of households these scenes are incomplete without four-legged family members wagging or snoozing nearby.

This year coffee lovers have a new opportunity to bridge their love of coffee with the love of their canine companions through the Grounds & Hounds Coffee Co., which donates 20 percent of profits gained through the sale of fresh-roasted Fair Trade, organic coffee to no-kill rescue organizations nationwide that provide safe haven, medical attention and adoption services for pooches in need.

The coffee company’s whole-bean product line balances approachability with refinement by offering single origin coffees as well as blends with amusing, mission-reminiscent names like Paper & Slippers and Morning Walk. This holiday season G&H is introducing another new blend called Sit & Stay. “We wanted to make it accessible,” Grounds & Hounds Founder Jordan Karcher told Daily Coffee News. “We wanted to have good coffee that didn’t intimidate somebody that just wants to engage with our mission.” 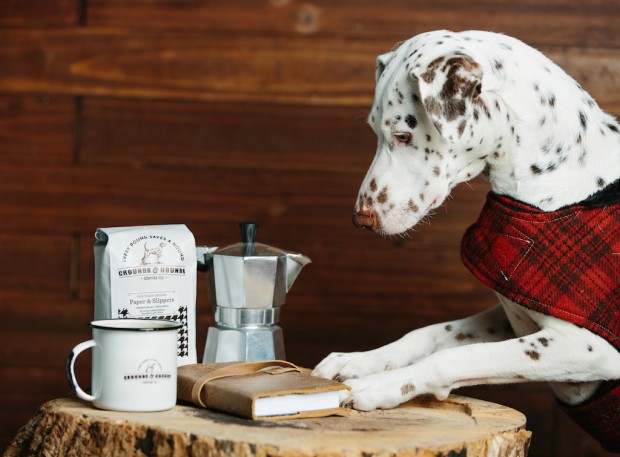 The goal is to appeal to as wide a coffee-drinking audience as possible in order to offer as much funding and support as possible to organizations that offer services such as fostering, spaying and neutering, pet supplies for low-income families, microchipping, and more.

Yet that widespread appeal does not come at the expense of quality. Karcher comes from a nearly lifelong background in the wine and spirits industry, in which his father worked before him, and where terroir, production processes and ingredient quality are all primary concerns. Karcher worked in a Sonoma winery after college, at which point his hobbyist-level enthusiasm for coffee constituted a captivating and exotic escape from the vine. “It’s so similar to wine at a theoretical level that I understood it quickly, but I also found it really fascinating,” said Karcher.

Karcher cites a transformative shot of espresso at Flying Goat Coffee in Healdsburg, Calif., as a turning point into seriousness for his appreciation of the craft, while it was the success and influence of Handsome Coffee in Los Angeles that inspired him from a commercial standpoint around the same time. Later, in the spring of 2012, Karcher came by chance upon a dog adoption event in Santa Monica, Calif., where a malnourished but loving Dalmatian curled up in his lap and immediately changed his life. When the dog-smitten Karcher went back to school for his MBA, the coffee idea had irrevocably fetched the notion to help dogs in the process. 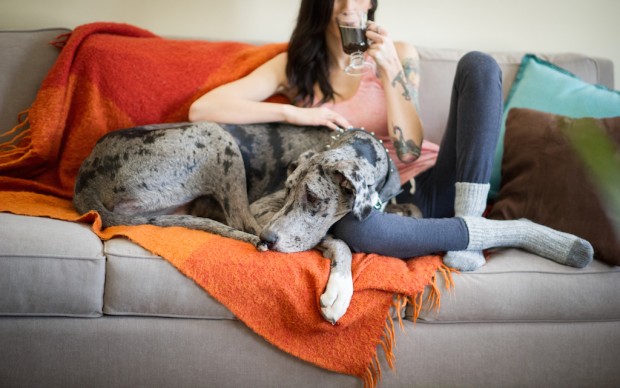 The original concept was of a café of some kind, although that soon proved unwieldy for the charity-minded start-up. “I had the whole thing kind of theoretically built out and modeled to work in southern California,” said Karcher, who then moved to South Bend, Ind., for business school, where the trajectory of the start-up shifted instead towards wholesale and online retail. “I was focusing a lot more on how can we start engaging our mission while getting our foot in the door in the coffee industry, also knowing that we had no resources,” said Karcher, whose tuition dues were an obstacle to development. “It was right around then that we decided that the best approach would be to focus on the retail/wholesale side to create a model where we could bring boutique, craft coffee to the market while focusing much more on our mission and our core values beyond just the coffee alone.”

After seven months of talking with various roasters and other coffee companies, Grounds & Hounds partnered with a company that offers access and expertise on a vintage 1956 Probat G90 through which to run green coffee curated and blended by Grounds & Hounds.

“We develop all the blends, we do everything on the production side, we participate in the sourcing. Once we have all the standard blends laid out, they perform the roasting for us,” said Karcher. “We’re start-to-finish involved in the process. The only difference is that we don’t have full ownership of the roasting equipment at the moment.” 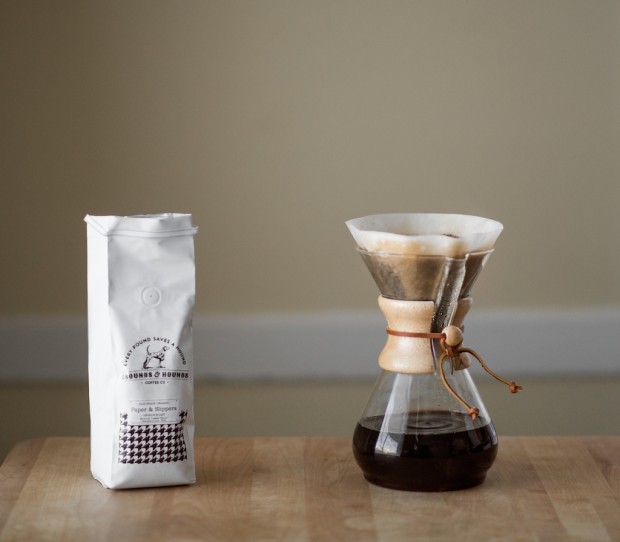 G&H has connected with 30 core partner animal rescue organizations, each in a different U.S. city. The groups receive funding based on retail coffee purchases by people in their area, with additional organizations receiving funding through regional wholesale purchases, which widens the spread of G&H funding to groups in about 44 states.

“What’s cool for us is that we do have a unique ability to get into the market in multiple channels,” said Karcher, whose product is on Whole Foods grocery shelves in the Midwest, as well as on checkout counters in 130 PetCo Unleashed stores from coast to coast.

“We’re the first specialty coffee, at least that I’m familiar with, available in pet stores across the country,” said Karcher, adding that the step up from standard organic food stores and other typical, comparatively small-scale coffee channels to the nationwide PetCo distribution deal was “a wild learning experience.” Overall, since their beginning in March of 2014, Karcher estimates that G&H, through the various services for which it provides financial assistance, has saved or helped at least 2,500 dogs. 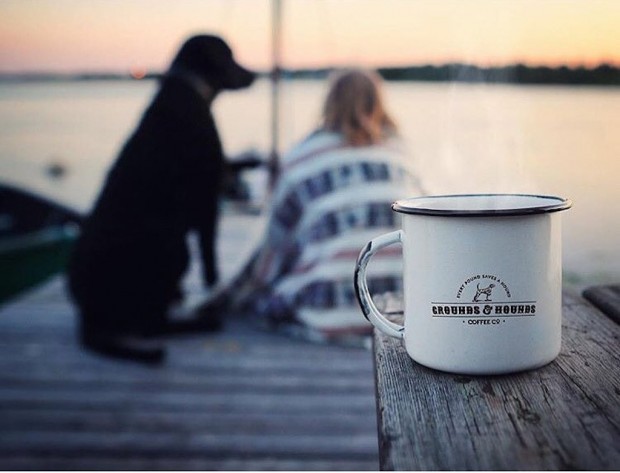 While funding for critical rescue organizations remains central to the original vision of the business, G&H also looks at ways to prevent animals from slipping through the cracks in the first place. “That comes with spay and neuter, that comes with low-income food provisions, that comes from microchipping,” said Karcher. “It’s becoming an initiative where we can impact that longer-term aggregate number, versus just trying to deal with the bad situations.”

G&H recently relocated its headquarters to Nashville, Tenn., where it hopes to eventually establish a brick-and-mortar location while also providing support for organizations that work to fight breed-specific legislation, which vilifies certain breeds based on behaviors learned through human-inflicted abuse. The banned animals are consequently removed from homes, euthanized in shelters, further fetishized by would-be abusers for their worsened reputation, and increasingly bred in clandestine, neglectful circumstances, which arguably does more harm than good for public safety, let alone the dogs. “Down here, there are a lot of puppy mill issues, there are a lot of BSL issues,” said Karcher. “We wanted to come into the market where we’re trying to work towards and help bring more awareness to the issues in the state and in the city.”

While the brick-and-mortar project is still an evolving concept, the goal is to provide a safe, comfortable atmosphere that fosters and promotes a healthy lifestyle of pet ownership, while also providing a venue for rescued pet adoption and awareness-raising events. G&H has contributed to coffee “pup-ups” where dogs and coffee have mixed, and is cognizant of the trickiness of health codes and other hurdles. “There’s a fine balance between being a coffee shop that allows dogs and becoming almost like a full doggy daycare,” said Karcher. 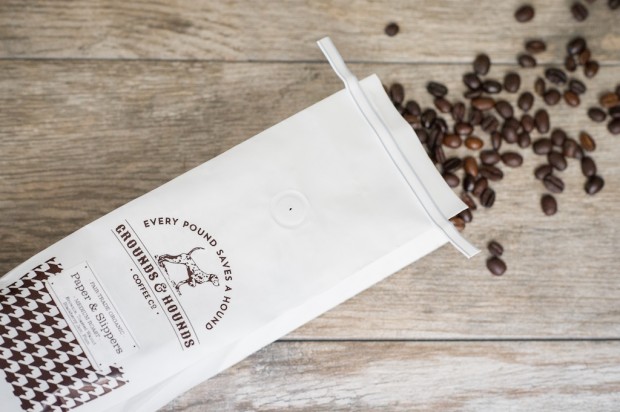 Ideas at this point are fluid, but are oriented around the inclusion of an enclosed, off-leash area, whether it’s a patio or a larger space, where dogs and their people can fraternize year-round. Said Karcher, “It’s trying to focus on the best thing for both the people and the dogs, while still focusing on delivering a fantastic cup of coffee for everybody.”