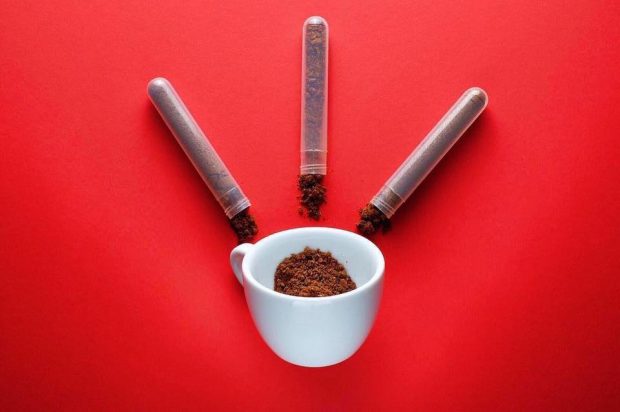 The company says it received further investment from the firms Founder Collective, Lifeline Ventures, and “a group of angel investors who collectively helped us get off the ground in 2015.”

While quality-known brands such as Colonna and Blue Bottle Coffee have put major efforts into developing single-serve pre-ground coffee products that purport to meet the kind of standards found at their own cafés, Sudden is the first company to incorporate coffees that bear the markings of some of the world’s absolute best — defined by characteristics such as single-origin, high-altitude, premium arabica varietal, etc. — into a freeze-dried, instant coffee product.

Here’s the entirety of Sudden’s investment announcement today, which followed a lead announcement on the company’s holiday “Stocking Stuffer” product:

Second, today we are announcing that we have raised a $2.7 million seed round led by CRV. As a firm, CRV focuses on early-stage investments and has a history of helping new ideas get off the ground. We’re thrilled to be working with a group of people who truly understand and believe in our vision for the ‘no-brew’ coffee experience of the future.

We believe that the great cup of coffee, with amazing flavor, can make your day so much better, yet many people simply don’t have access to great cafes in their town or know how to select & brew coffee at home. Now, with Sudden Coffee, even Kalle’s grandmother — living in a forest in Finland — can have that experience. Our goal is to share that experience with everyone — whether you’re stuck in traffic on the way to work, cooking breakfast for your family on a Saturday, or backpacking the Pacific Coast Trail — anytime, anywhere.

Over the last year, we’ve worked hard to refine our unique process for bringing out the best flavors from coffee beans. So far, we’ve been greatly energized by the encouragement we’ve received from both fans in the coffee community and writers in the press such as the New York Times, Food & Wine, and CNBC.

Now, to help get us to the next level, we’re excited to have the support of a firm like CRV. In addition to CRV, we received further investment from Founder Collective, Lifeline Ventures, and a group of angel investors who collectively helped us get off the ground in 2015. We’re very thankful to receive their continued support!

With the financial support, we hope to further build out our vision of delivering you great coffee coupled with a tailored, tech-enabled experience that helps bring your favorite parts of the cafe to your door.