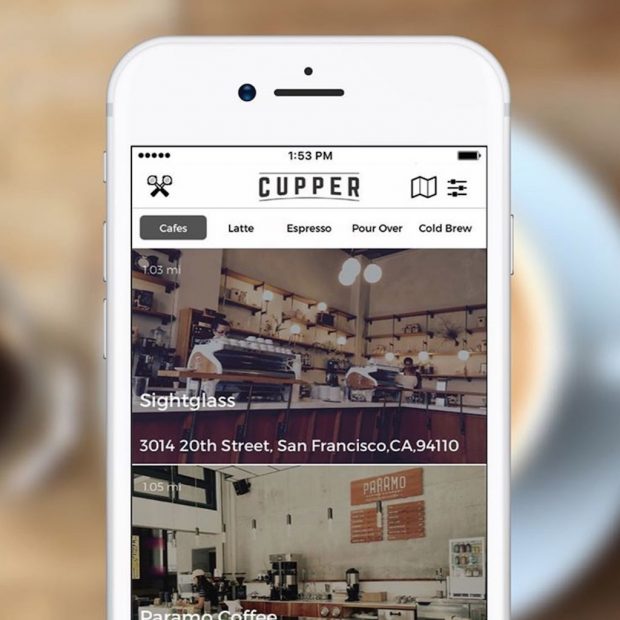 Awareness of the location of great coffee is certainly helpful, but for an app to actually get you there is next-level convenience.

The innovative and quality-focused consumer app Cupper has endeavored to provide both services through a single interface, by way of API integration with the Uber app. One could argue until one’s face turns red about Uber’s standing in terms of corporate responsibility, but as far as efficiency is concerned in getting a person from Point A to a coffee shop Point B, the integration seems a remarkably efficient service.

Cupper launched its initial iOS app in April of this year in three cities in the United States. It has since expanded to 10 cities — San Francisco, Los Angeles, San Diego, Manhattan, Chicago, Portland, Seattle, Philadelphia, Boston and Washington DC — with Uber integration built into the 2.0 update that was released two weeks ago. The team behind the app plans to include more shops in more cities throughout the U.S. and in other major world markets in the coming months.

Founded by Fadi Asfoor, Sunny Nagra and former roaster and licensed Q Grader Michael Montante, Cupper hinges its pitch around the idea that trained coffee tasters actually visit shops that are included in the app, actively scoring drinks according to SCAA and CQI protocols.

While the company holds its discovery platform tight to the vest for proprietary reasons, it purports to evaluate no fewer than 19 variables for multiple core drinks during visits to shops that have been pre-screened in person or by phone. The variables are wide-ranging, from taste-specific attributes such as defect detection, aroma and flavor to more obscure metrics such as the espresso equipment used, age of roasted whole-bean coffee on shelves, barista experience level and water quality.

Our examination of the app’s lists of cafés and public-facing roasteries in several major U.S. markets showed strong lists of reputable coffee shops, although some markets — such as the app’s home base of San Francisco — seem to have more per-capita representation than others.

“We have been and are continuing to work with leading coffee professionals, Q graders, coffee educators, roasters, baristas, associations, collaborators, and thought leaders who’s interest are to elevate the coffee industry,” Cupper Co-Founder Asfoor told Daily Coffee News following the release of the 2.o version, noting that an Android version of the app is also in development.