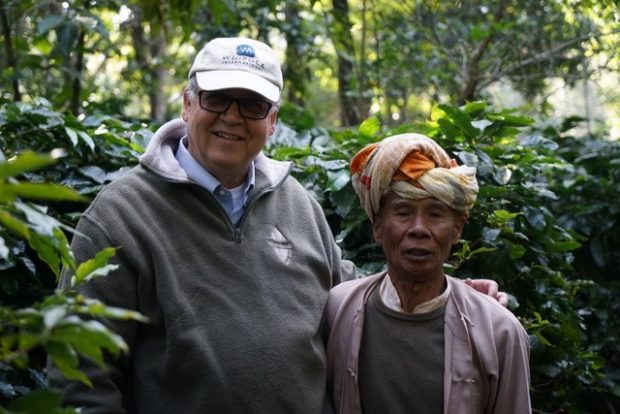 The Coffee Quality Institute has announced that it will be presenting its 2017 Leadership Medal of Merit to Steve Walls, who recently retired after four decades of development work, much of which was in the coffeelands.

The medal is CQI’s most prestigious annual award, and will be presented at a luncheon during the SCA’s Global Specialty Coffee Expo in Seattle in April.

“I have had the privilege to work with Steve Walls since 2003 on projects in East Africa and Myanmar and could not be more pleased with this choice to honor him,” CQI Executive Director David Roche said in an announcement of the award. “There is no greater example of an individual using public funds to provide effective assistance to the thousands of lives dependent on coffee production.”

In addition to helping develop and support the African Fine Coffees Association (AFCA), which is preparing to hold its 15th annual conference and exposition in Addis Ababa, Ethiopia, later this month, Walls most recently was a key player in the USAID VC-RD initiative in Myanmar to help organize producer groups, improve quality and increase specialty market access.