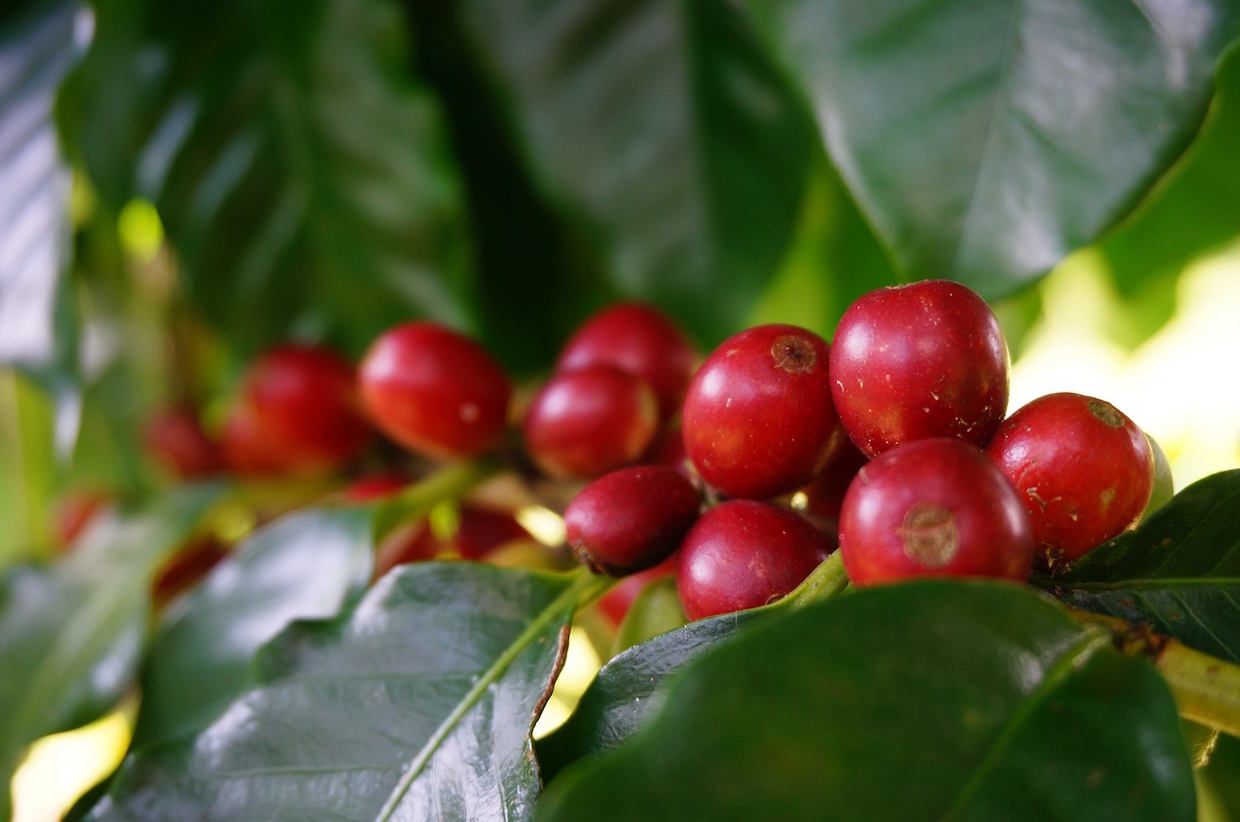 Featuring two coffee divisions — Creative and Commercial — as well as district winners, the cupping competition involved the evaluation of 107 total entries representing a range of districts throughout the island chain, including Kona, Kaʻū, Hamakua, Hilo and Puna on the Big Island, plus Maui, Kauai and Oahu.

More notably, the competition’s top coffees featured a striking range of plant varieties and processing methods, elements that can profoundly impact cup characteristics and flavor even when coffee is grown at generally lower altitudes than are typically associated with high-end specialty beans.

In the Creative division, the top scoring coffee was a wet-fermented Red Catuai from Olinda Organic Farm that scored 87.4, while the top five also included a dry-fermented SL-28 from Hula Daddy Kona Coffee, a wet demucilaged Maragogype from Kainaliu-Kona Coffee, a natural-process Kona typica from Hala Tree and a fully washed Catuai/typica hybrid from Maui Mountain Coffee. Producers from Hawaii, Kaʻū, Maui and Kona were all represented in the division’s top 10.

A wet-fermented Typica from Miranda’s Farms in Kaʻū took the top score (84.10) in the Commercial division, and no top-10 coffee in the division scored lower in the division than 82.62.

“The level of experimentation is such that we’re now seeing coffees that you wouldn’t expect from the Hawaiian Islands,” competition judge Shawn Hamilton, of Sacramento, Calif.’s Java City, said in an announcement following the competition.

HCA Cupping Committee Chair David Gridley of Maui commented noted that 94 of the 107 coffees entered in this year’s competition scored at least 80, suggesting continued improvement for Hawaiian coffee on the whole in recent years. Said Gridley, “It’s amazing how the coffees keep getting better and better.”

In addition to the cupping competition and other programming as part of the HCA’s annual event, the group’s membership also convened to elect a new board, and officers now include President Chris Manfredi of Kaʻū, Vice President Tom Greenwell of Greenwell Farms, Treasurer Adrian Guillen of Hawaiian Queen Coffee, and Secretary Donna Wooley of the Kona Coffee Council.

See the links below for additional cupping competition results: