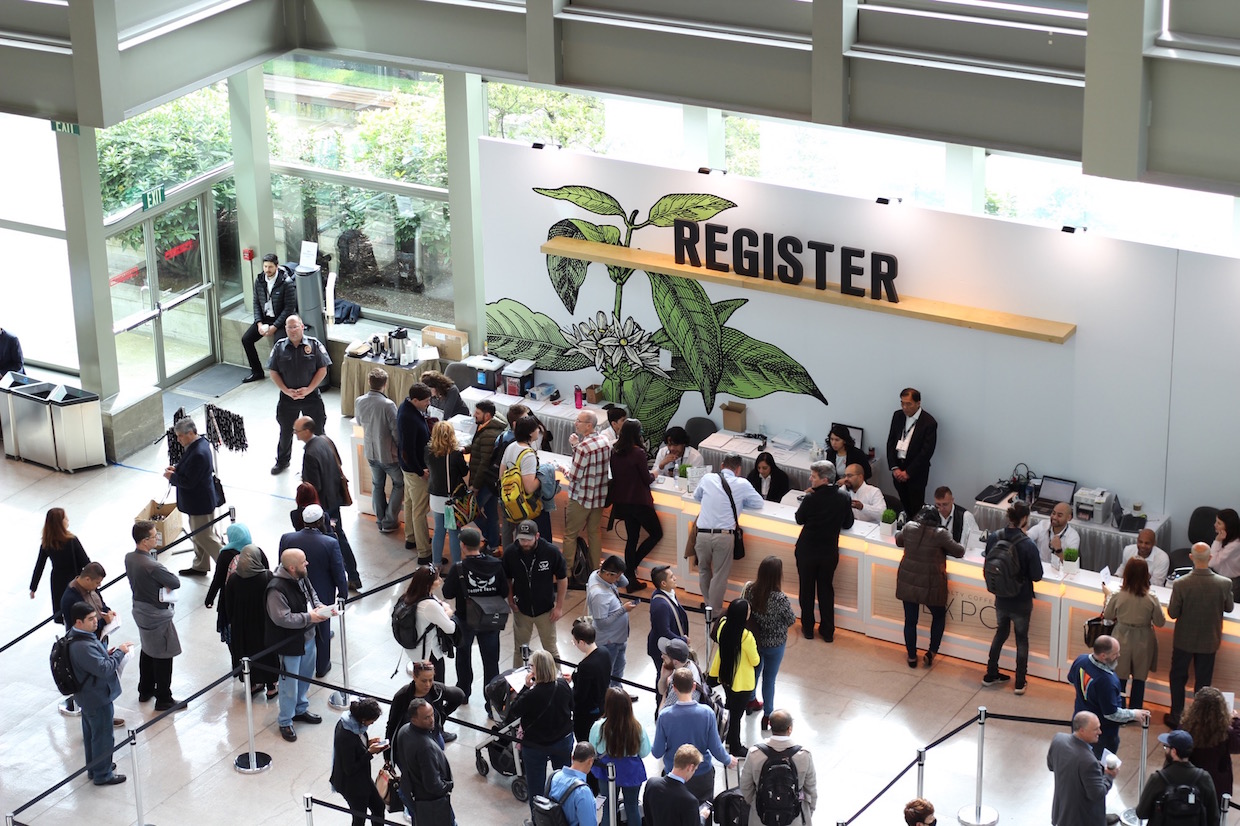 A photo from the 2018 SCA Expo in Seattle. Daily Coffee News photo.

The U.S.- and U.K.-based Specialty Coffee Association today announced the timeline for the official formation of a volunteer-run national chapter for the United States.

With support and resources from the SCA, the volunteer chapter is designed to represent the organization for a wide-ranging and diverse membership from the national level all the way down to local coffee communities.

In an email to U.S. members, the group outlined a formation schedule that includes a Thursday, Jan. 17, informational webinar, which will be followed by nominations for elected positions beginning Jan. 21, and elections beginning Feb. 11.

SCA Director of Communications Vicente Partida said the U.S. chapter has been more than a year-in-the-half in the making, with U.S.-based SCA staff coordinating volunteers to help guide the chapter formation.

“We recognize that as a global organization… that we would need to take steps to ensure that people at a local level are still supported,” Partida told DCN. “We’re seeing members of coffee communities throughout the U.S. stepping up and saying ‘I want to make sure that the SCA stays relevant in my community.'”

Partida said the chapter structure allowed the SCAE to expand its reach and provide volunteer-led events and services to local, regional and national coffee communities, despite the SCAE having limited resources at the time. Extending the concept to the United States, however, required months of fact-finding and input from volunteers, given the sheer size of the country and the high number of U.S. members.

While the group is still putting some finishing touches on the exact organizational structure of the U.S. chapter, Partida said it will continue to be volunteer-led, with a national coordinator and multiple regional coordinators. The SCA already has a home base in Southern California, which will serve as a kind of branch office for the national chapter, while the U.S. coffee competitions committee will also be part of the national chapter.

Some U.S.-based SCA members have been publicly critical of the SCA, suggesting the organization has not adequately represented its U.S. membership since the merger. Just last month, longtime U.S.-based coffee professional Willem Boot initiated a petition calling for a new U.S. specialty coffee association.

Despite some dissenting voices, Partida said the U.S. chapter has been designed from the outset to be as inclusive as possible down to the local level, with volunteers providing the guidance.

Of the national chapter, Partida said, “The idea is to make sure the community has a voice in how they want to run it.”

The SCA has unveiled the new social channels for the U.S. chapter (Facebook, Instagram and Twitter), and several local member-led informational sessions are taking place prior to the Jan. 17 webinar. More information is available here.

This is a ray of hope for some of us…. I let my membership lapse after the merger, for two reasons: first, the new combinedorganisation made me feel like one grain of sand on a huge beach. That could have been tolerated…. except for so many of the events were being planned in such far away and strange places it seemed impossible I’d ever be able to participate.

The second, and more signficant one, was the way the new combined organisationi managed to mung up the entire education programme. I had made soe excellent progress toward several certs, but when the window to complete was set so close in time I was unable to complete any of them, in part because of the greatly increased expense. Seems one could no longer take single courses, as nearly everyone providing education programmes went to week long everything in one go programmes, costing well over a thousand in addition to long distance travel and hotel type accomodations. I had managed to help instructing in a number of the individual classes if I had previous experience in a related/relevant area of expertise. But they closed that window as well, disallowing anyone from teaching that had not completed a certificate. So all that time, effort, expense toward certs now up i smoke… and no more teaching to help offset EXPO and class costs.

I also am not the type of person to go full immersion for a short period of time, like a week, and try to swallow everything coming out of the firehose for five or six days straight.. I need to learn some things, then “make them mine” over a period of time, go back for something else related where what I’ve learned before and put to use can be augmented, added to….. then I can master something over a longer period of time, rather than “take the plunge” and be totally immersed for a week.

Very disappointed overall…. but maybe a more localised format with a US based organisation might provide a level of relevance that is currently missing. AND provide some more local interaction I’ve NO interest in flying to Dubai for a week and stay in a pricey hotel (there seems to be no other option in that place….) for multiple reasons.