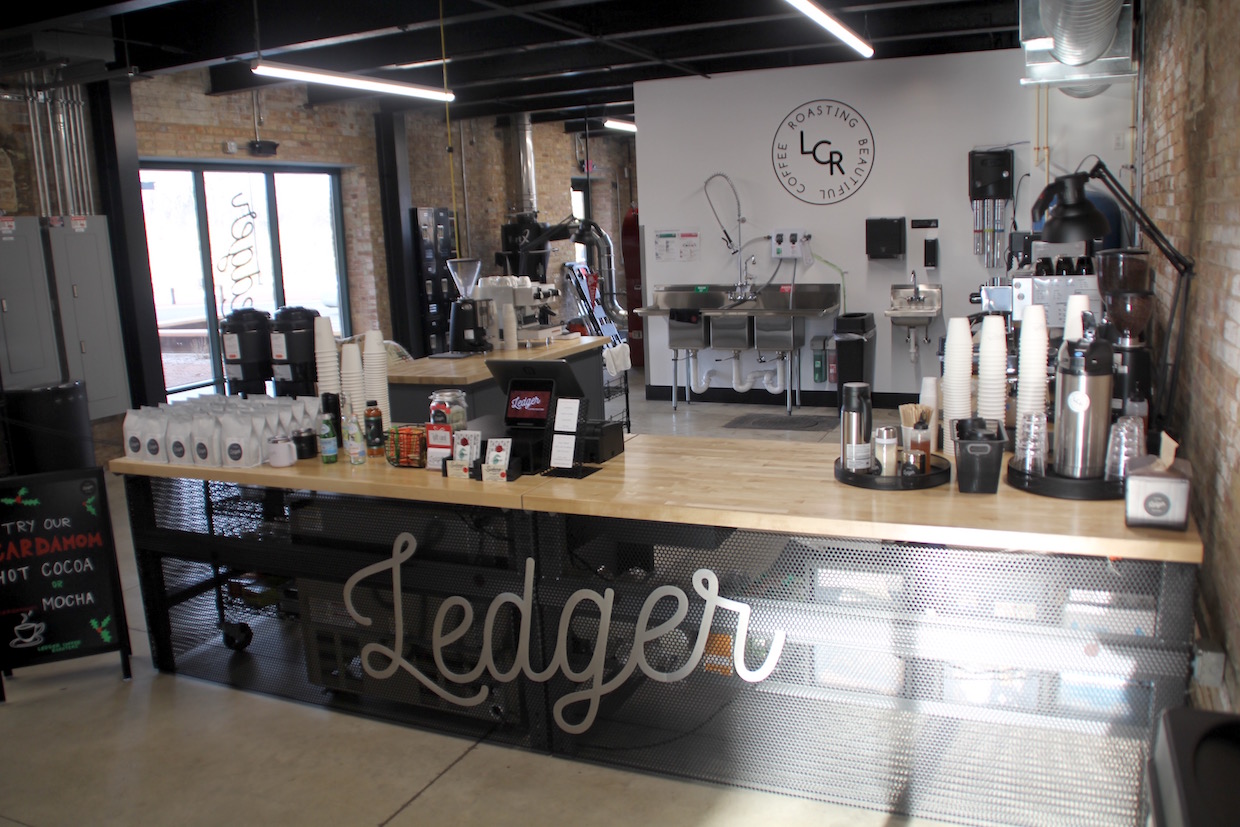 A person who has built a career in corporate finance isn’t likely to enter the into first-time entrepreneurship willy-nilly. That’s doubly true if that person is a mild-mannered yet somewhat obsessive Canadian with a penchant for data collection.

“I think I built like 17 different budget profiles to figure out which one might fit this building,” Richard Wirsta, the founder and owner of Ledger Coffee Roasters in Madison, Wisconsin, recently told Daily Coffee News. After making the bold but well-researched decision to switch careers, Wirsta cut the Ledger ribbon on Madison’s near east side this past fall, unveiling a roastery and public coffee bar. 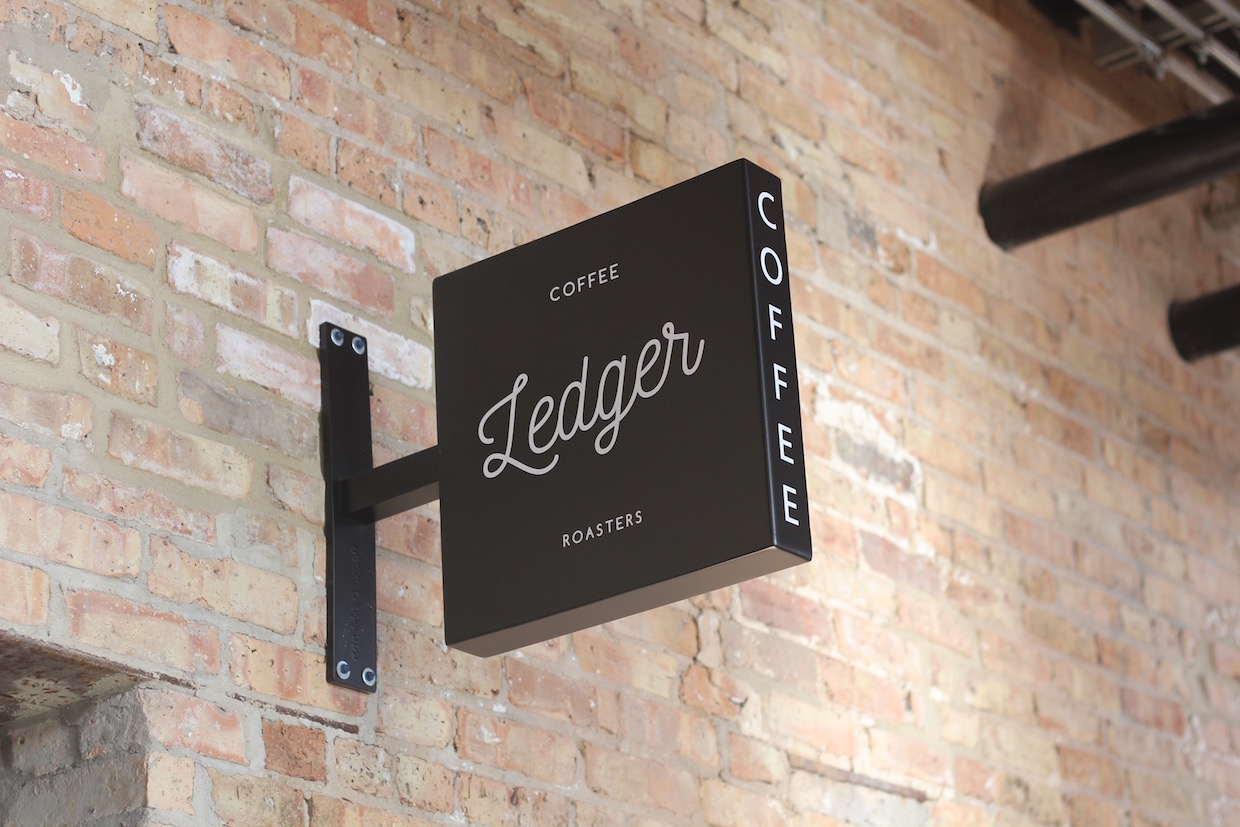 “I was a little worried, you know,” Wirsta, who moved from Ontario to Madison with his wife eight years ago, told DCN. “I didn’t know the east side very well, but I had an expectation of its passion for local [products], its passion for quality… I think people have really embraced us.”

Occupying some 1,300 square feet, Ledger is one of the first tenants of the renovated Garver Feed Mill. The largest factory in the state of Wisconsin upon its completion, the building was originally a sugar beet processing facility before eventually becoming dilapidated, despite its prime location behind Madison’s Olbrich Botanical Gardens. 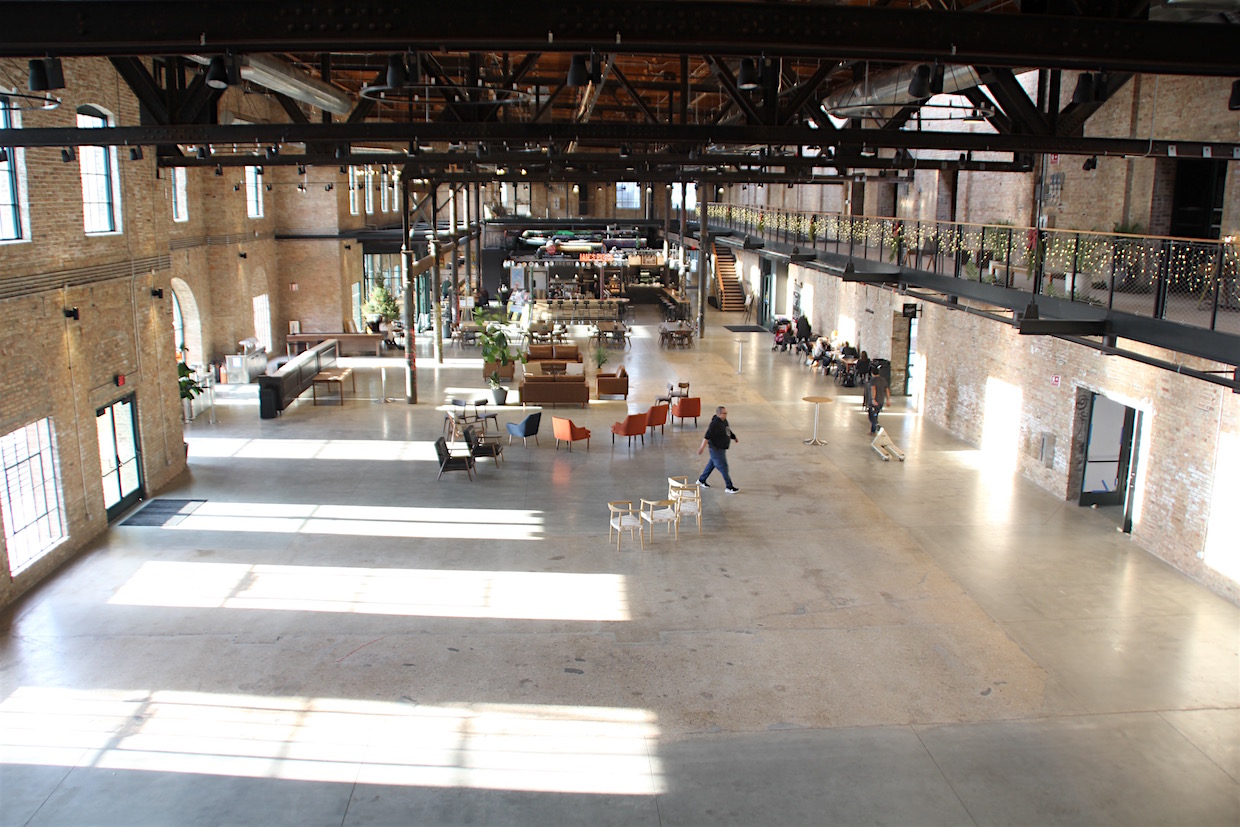 Inside the renovated Garver Feed Mill building. Ledger is located about halfway up this space, on the right side. Daily Coffee News photo by Nick Brown.

After numerous failed public-private attempts to redevelop the building, it was re-christened last year as a multipurpose event space surrounded by various locally derived health-related and/or food production businesses. Ledger is tucked neatly into the side of a massive rectangular community atrium that is expected to house a modular bar soon, with open seating for 100 or more visitors.

It is within this reborn building, still filled more with promise than with people, that Ledger’s 2009 Diedrich IR-24 hums away, providing coffees for a simple espresso menu and batch brews to the front bar. Wirsta secured the machine — which is augmented by a Vortx KleanAir ventilation system — through a friend who had the roaster stored in his garage. After years of contemplating roasting as a career, while tinkering at home with a Quest M3S sample roaster, Wirsta eventually agreed to buy the large-capacity machine. 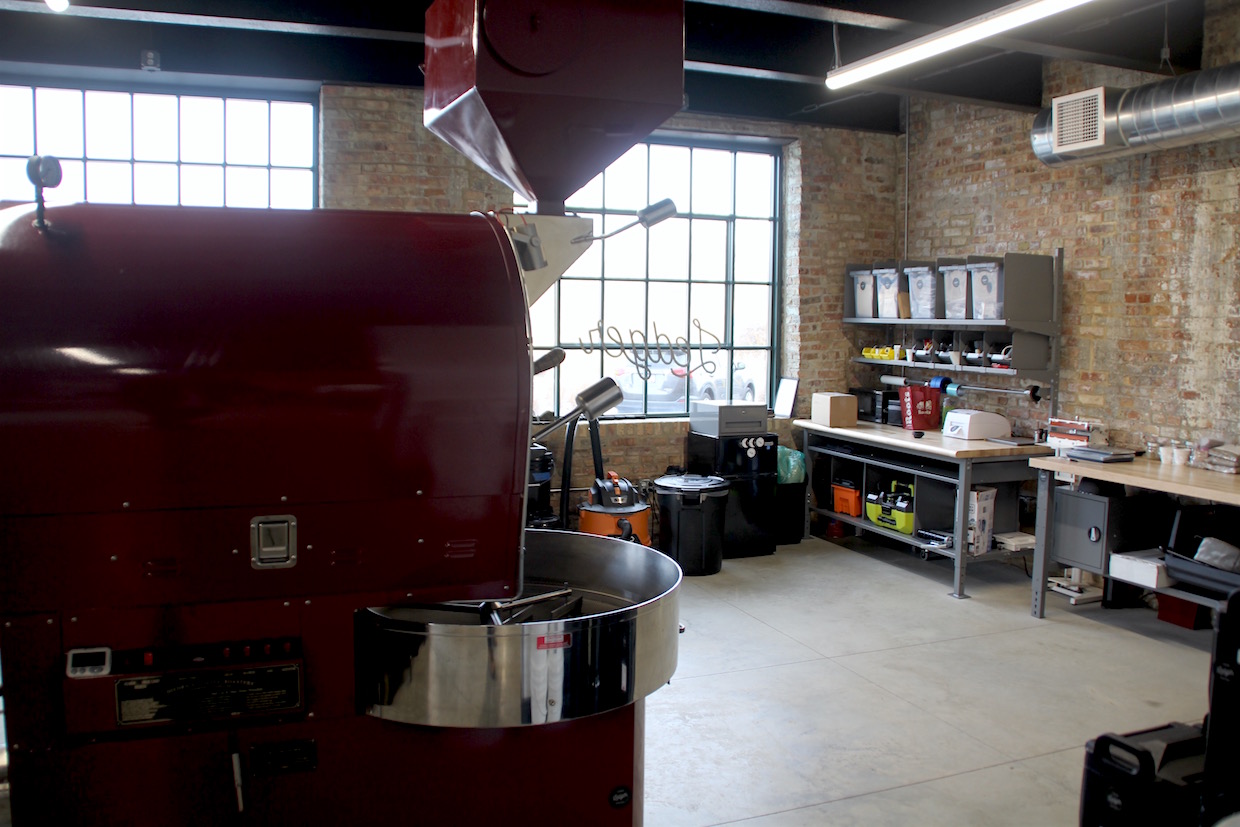 “Getting it into my garage and getting it out of my garage were probably the two most stressful days of my life,” said Wirsta, “but here it is.”

Wirsta turned to a commercial-coffee-roasting friend in bordering Iowa for all kinds of professional and technical advice before going public with just a few single-origin coffee offerings upon Ledger’s launch.

“I have very limited offerings, so that the coffee I am roasting, I understand how to roast well,” Wirsta said, noting that all the coffees thus far are coming from Minneapolis-based Cafe Imports. “I’ll continue to build. I feel like it will be a year or two before I’m comfortable with another three or four or five offerings… I’m new, and I want to be careful about what I’m buying and [about] how much I buy.” 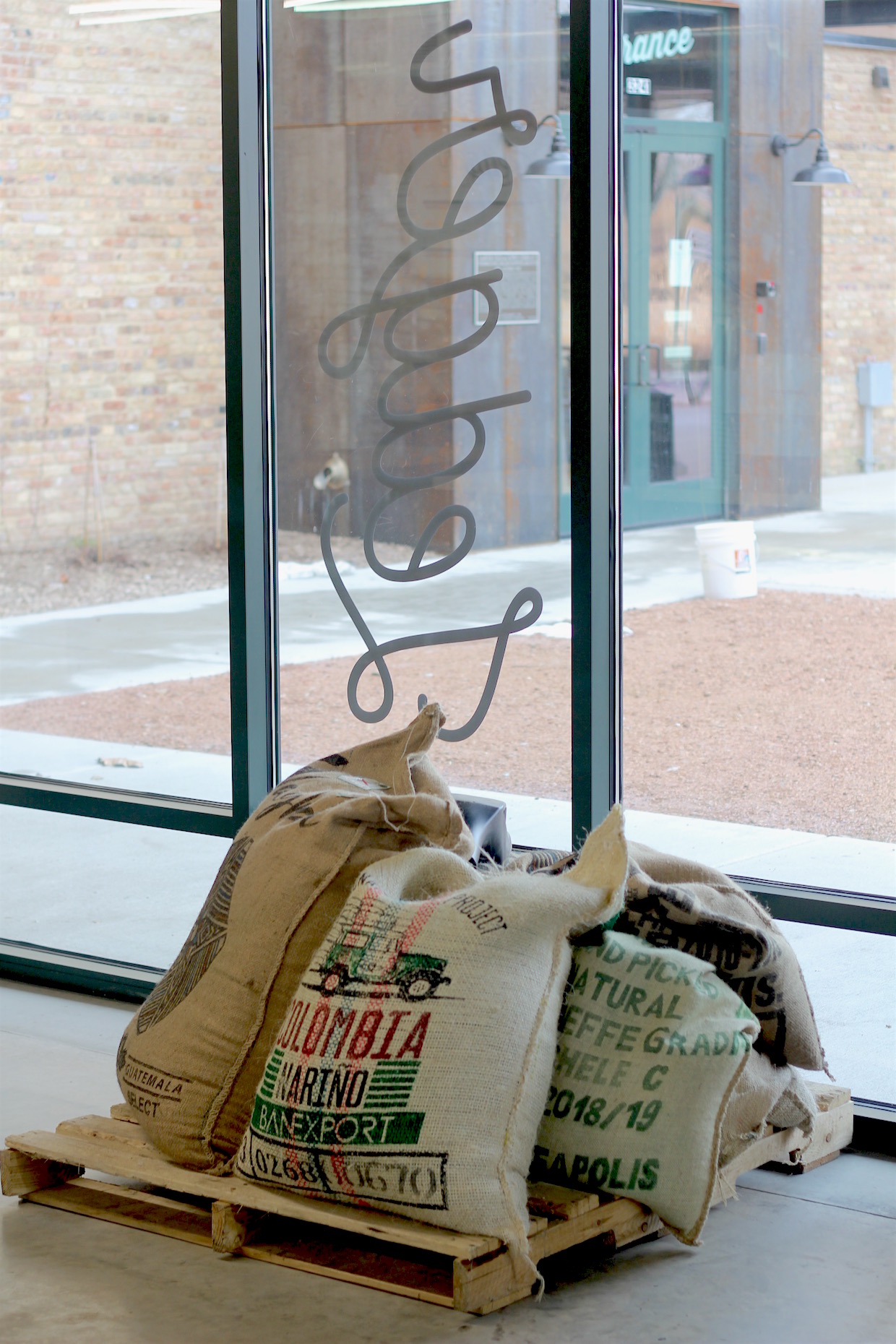 This measured approach to sourcing coffee is reflected in Ledger’s coffee menu, as well. A clean roster of traditional espresso drinks is augmented by some simple homemade syrups and sauces for mocha and miel, while Bunn-made batch brew is always on offer. Compak and Mazzer grinders support a 2-group La Marzocco Linea Classic, while a La Marzocco Linea Mini that used to reside in Wirsta’s home kitchen stands at attention for rush hours, special events or recipe experimentation. Near east side favorite Madison Sourdough is currently providing the shop’s fresh pastries.

Originally the suggestion of Wirsta’s wife, the Ledger name also appealed to Wirsta and his friends for what he described as kind of a classic ring, similar to that of one of his personal favorite roasting brands, San Diego-based James Coffee Co. 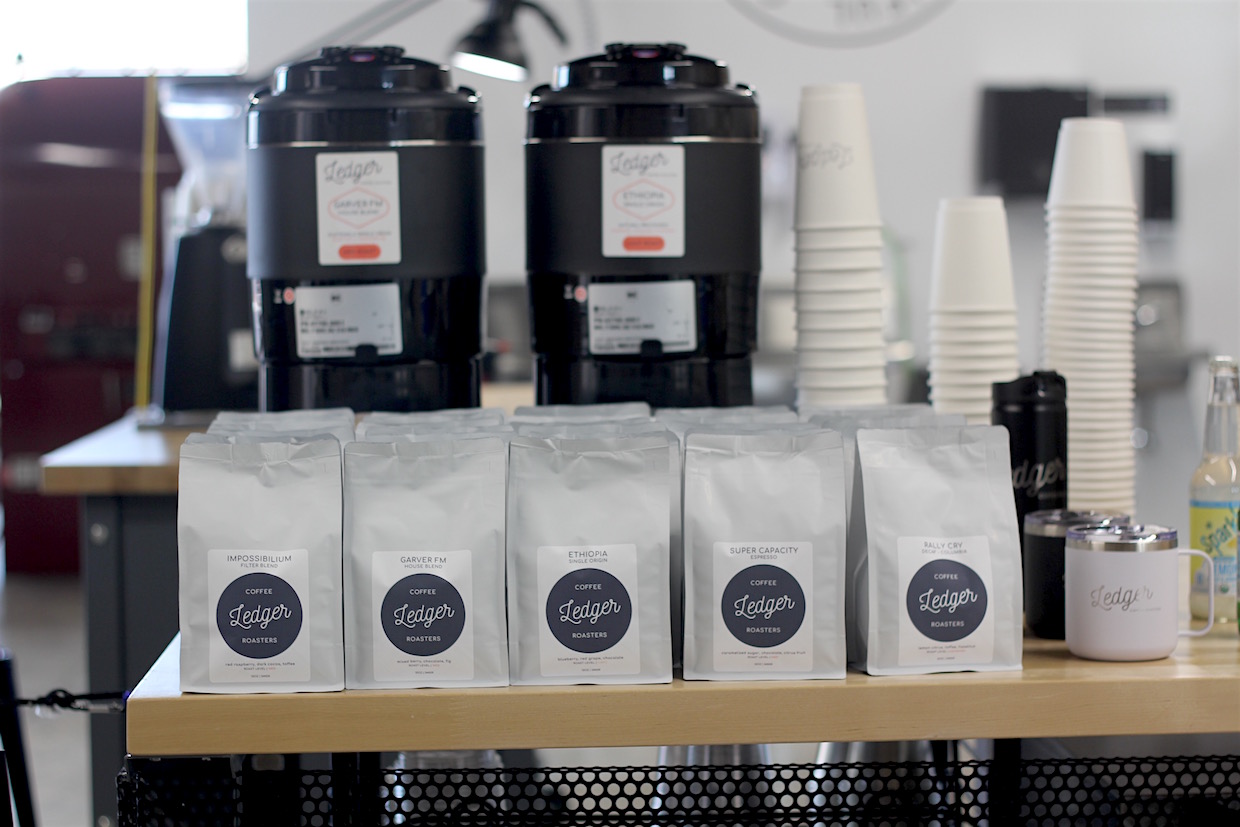 “It just had this presence about it and this foundation to it, which I just thought was really remarkable,” Wirsta said of the James name and brand. “I wanted to try to find a name that did that — and I thought Ledger got it as close as I could.”

That sense of sturdy timelessness is reflected in Ledger’s immediate surroundings, where century-old brick and metal beams contrast with new black metalwork and fresh white walls. Said Wirsta, “The name, the coffee shop, the look — I kinda felt like you should walk in here and feel like it’s an extension of the atrium.” 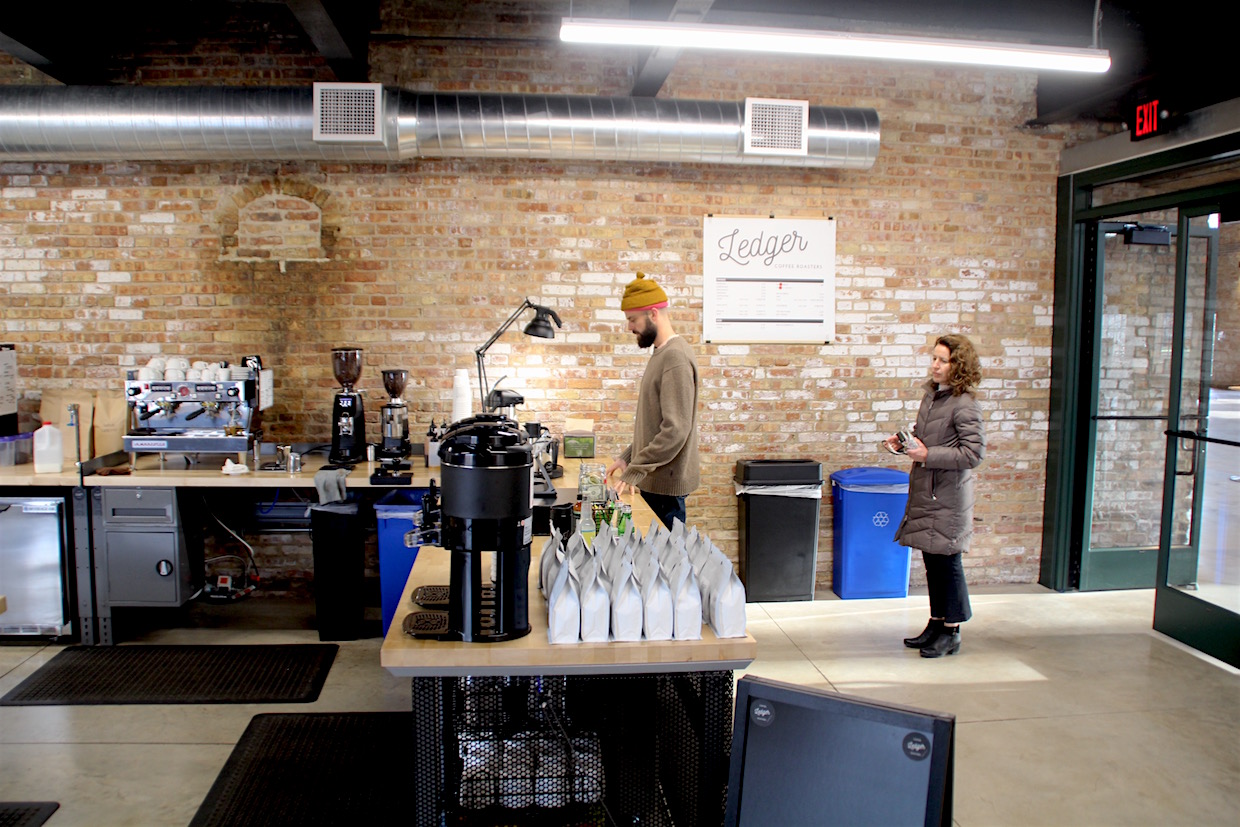 As Ledger begins to make its own history within the Garver building, Wirsta is also keeping his sights farther afield as he begins to explore wholesale opportunities throughout the city.

“I have such a killer staff that it affords me that opportunity,” he said. “So I think probably by the end of Spring, I would be very shocked if we aren’t in a couple of cafes or stores.” 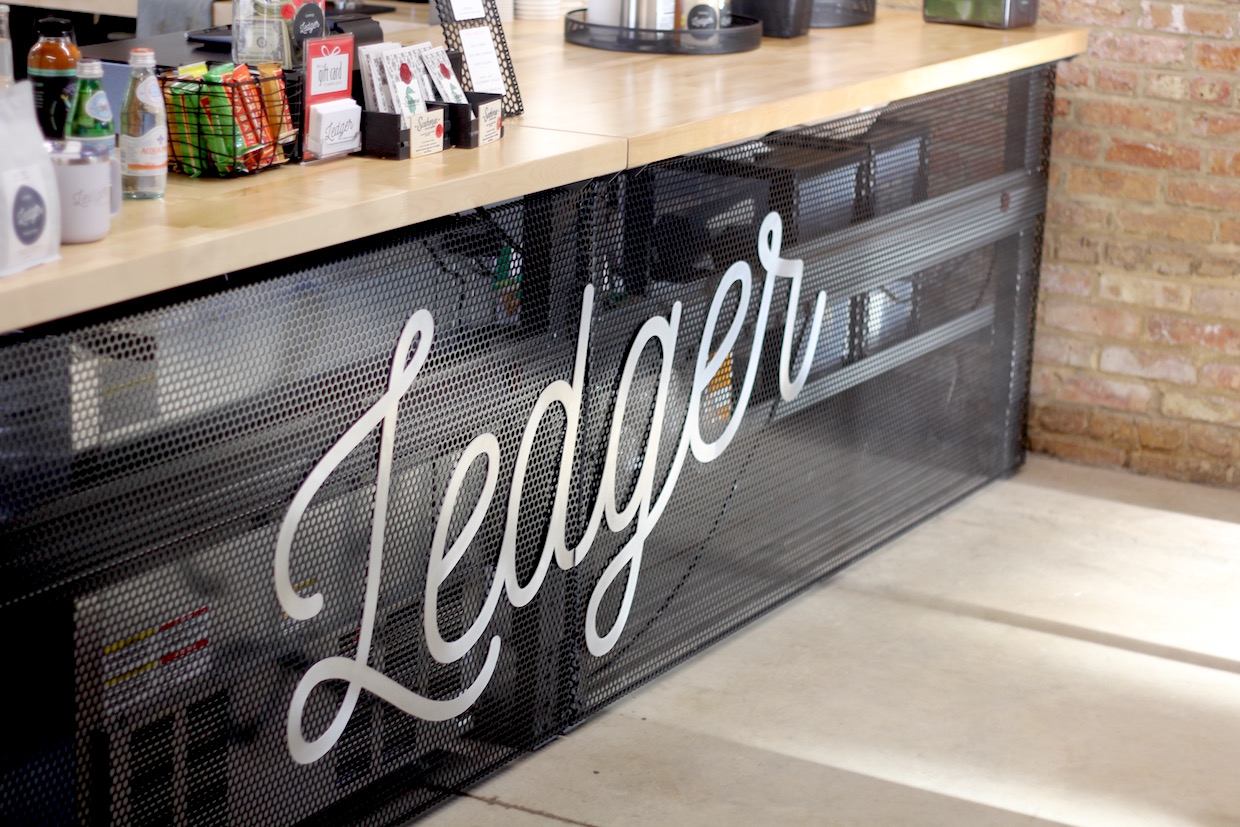