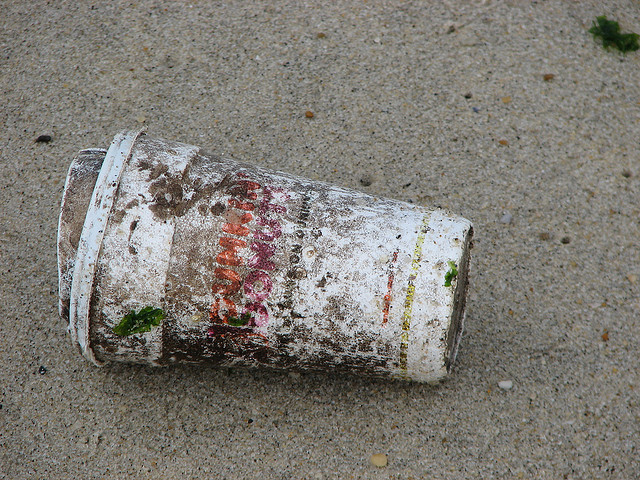 Portland, Maine, may soon become the next big city to ban the retail use of cups made of polystyrene, commonly referred to by the brand name Styrofoam. The City Council announced it is forming a committee to look into crafting an ordinance related to polystyrene packaging and non-biodegradable plastic bags. The committee is expected to begin work this evening.

“As we look at ways to improve the environment and reduce waste in Portland, we need to embrace some common sense solutions,” Councilor Ed Suslovic, who will be the chairman of the group, said in a statement. “Polystyrene doesn’t biodegrade, is virtually impossible to recycle, and has been identified by health experts as a carcinogen. It’s time we work together to craft a policy that eliminates the risks associated with this product in a way that maintains the public health and minimizes the impact on local businesses.”

New York Mayor Michael Bloomberg announced similar intentions last month. Other cities that have enacted bans on Polystyrene cups have faced opposition from the chain Dunkin’ Donuts, which claims there are no “reasonable” alternatives to its foam cups. The company even provides an official stance on foam use on its website:

Dunkin’ Donuts is committed to selling fresh brewed coffee in containers that are safe for the consumer. Our foam cup is one of the strongest in the industry and it insulates better than paper cups we have tested. By using foam, we are reducing the added waste that occurs with double cupping, cup sleeves and/or extra napkins.

Bruce Harvey, who also was at the Dunkin’ Donuts, said it would take him time to adjust to paper cups, too. “It does change the flavor of the coffee,” he said.