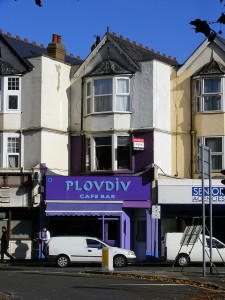 The Italian tradition of caffe sospeso, translated as suspended coffee, has reportedly taken hold in some 150 coffee shops in Bulgaria, considered the European Union’s poorest economy.

Just as the country has been dealing with mass protests related to stunted economic growth, the Raw Story is reporting a movement afoot among cafe owners to encourage their more fortunate patrons to provide for those less fortunate. The caffe sospeso tradition, which originated in Naples, involves one customer — usually in a celebratory mood — buying more than their one coffee. The extra coffee goes to the next customer who asks if there is a caffe sopreso available.

Here’s more from the Raw Story:

Most cafes that decide to join the “caffe sospeso” initiative — which has been covered extensively on television — have posted pictures of payment slips issued for free coffees on the Facebook page.

“Super! The first ‘suspended coffee’ at our place is a fact,” one user registered as Ethno Bar Red House said on the “Suspended Coffee in Bulgaria” page, which has so far garnered 19,011 likes.

Some cafes use a pot of small cards or bottle caps to count the number of coffees already paid for, which can later be claimed.

this is such a touching story, i asked a few of my buddies to take up similar practices – and one local guy did!!

not coffee but computer repair, this gives me hope in humanity 🙂

I’m wondering how I can find out if any coffee shops in Baltimore, MD are doing Suspended Coffee??