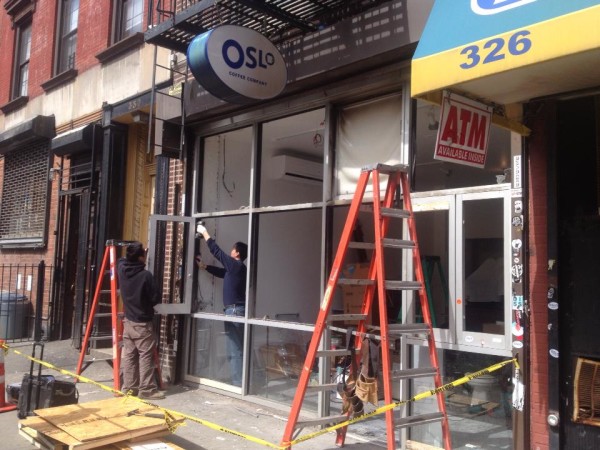 An absolutely feel-good story, an independent coffee shop that was gutted by fire this January is soon to reopen. Owner J.D. Merget recently told local DNAinfo that he considered shuddering his seven-year-old Bedford Ave. Oslo Coffee in Williamsburg, Brooklyn, but that he was too overwhelmed by the support of patrons and neighbors to let it go.

“It’ll be hard to open without tearing up,” Merget told the blog. Oslo roasts its own beans in a 12-kilo Probat roaster, which supplies its three New York locations. The Bedford Ave. location is expected to reopen in about 10 days.