Starbucks, which years ago helped lead the charge to make Wi-Fi an ubiquitous coffee shop amenity, may now be leading the way in wireless charging. 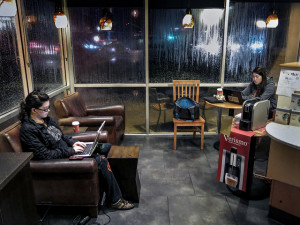 To this point, two competing groups have been pushing for wireless charging supremacy in retail environments: the Wireless Power Consortium and the Power Matters Alliance. PMA board member Daniel Schriber recently told the tech blog The Verge that Starbucks is in the process of rolling out PMA-based wireless charging in Boston-area stores, and that the company now has representation on PMA’s board.  “The next anticipated step is indeed that the rollout will be expanded significantly in the coming months,” he told the blog.

This news follows word from Los Angeles-based Coffee Bean & Tea Leaf that it is partnering with PMA to roll out wireless charging at dozens of its coffee shops this quarter, with the hope of introducing the technology nationally and internationally soon after.

“Wireless power is becoming mainstream and we want our consumers to be able to recharge their digital self no less than their physical self in our stores,” Mel Elias, CEO of the Coffee Bean & Tea Leaf said in an announcement. “Even those who cannot read tea leaves can see the PMA’s momentum.”