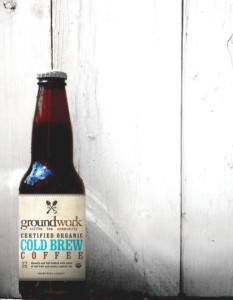 The company says the certified organic coffee, brewed and bottled at its roastery, has a 60-day shelf life, refrigerated. The bottles will be sold as singles and in four-packs, retailing for $3.49 and $13.96, respectively.

“Selling at Whole Foods is a natural extension to an existing business relationship,” says Groundwork Co-Owner Eddy Cola, adding that sales of the company’s 1-pound cans of roasted beans have doubled at Whole Foods locations over the past year and a half. “In addition to our companies sharing a similar sensibility in regards to how we conduct our business and the products we sell, we appeal to the same customers.”