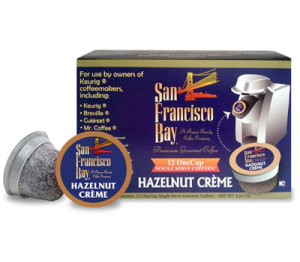 “I am pleased to announce that the U.S. District Court in Boston ruled that the Rogers Family Company’s OneCup™ products do not infringe any of the Keurig patents,” Rogers Family Company President Jon B. Rogers said in a company announcement. “This is a great victory for the Rogers family and our customers.  There is no longer any doubt about our ability to sell our OneCup products for use in Keurig brewers.”

Keurig had alleged that the OneCup system was in violation of three of its patents, one relating to visual design, and two relating to functionality. The company began selling OneCup cartridges two years ago.