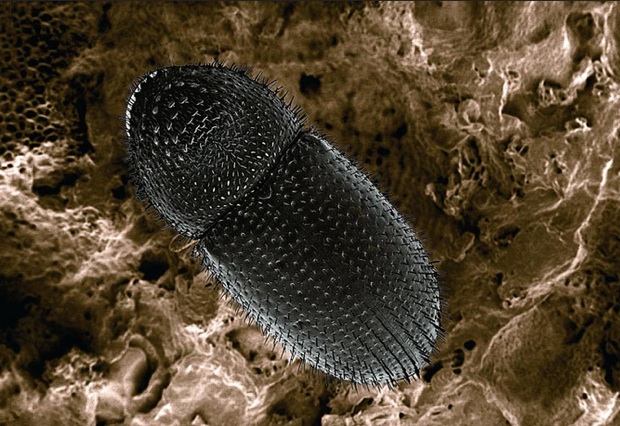 The United States Department of Agriculture plans to spend $1 million to combat berry borer infestations and outbreaks on Hawaii coffee farms. Hawaii Sen. Mazie Hirono, who spearheaded the plea to the USDA on behalf of coffee farmers, says she hopes the initial investment will help end what has been a three-year problem on the big island.

“This new initiative to fight the coffee berry borer is great news for Hawaii and our economy, and I am very pleased that the USDA has recognized the threat of this highly destructive invasive species,” Hirono said in a statement following the USDA announcement. “Our state produces some of the world’s best coffee, and coffee is an important export from our state. But the livelihood of Hawaii Island coffee growers is increasingly being threatened by the coffee berry borer, as many farmers are forced to abandon large portions of their yields due to infestation each year.

In addition to the $1 million, government leaders in Hawaii have been working to get coffee pest management funding included in the Farm Bill currently in front of Congress. In response to the USDA funding, Hawaii State Rep. Tulsi Gabbard suggested that more would be needed:

“The coffee berry borer has been a destructive force striking at the heart of Hawai‘i’s multi-million dollar coffee industry,” said Congresswoman Tulsi Gabbard. “In just two years, our treasured Kona coffee industry suffered more than $9 million in market losses, representing a roughly 25 percent revenue decrease. The economic impact has been deeply felt by coffee farms, most of which are small family farms, and coffee processors are being forced to lay off workers or reduce hours.”

Here’s more from the USDA on what the $1 million program in Hawaii will entail:

The new program will be tasked with distributing effective treatments to local farmers and educating them on the most effective treatment practices, researching the genetic makeup of the coffee berry borer to find its weakness and disposing of infected plants. In his letter, Vilsack explained that the new USDA initiative will coordinate with local coffee farmers, the University of Hawaii and the Hawaii Department of Agriculture to use the following techniques to fight the borer:

Here is a copy of the full letter announcing the award from U.S. Secretary of Agriculture Tom Vilsack from July 1, addressed to Hirono.