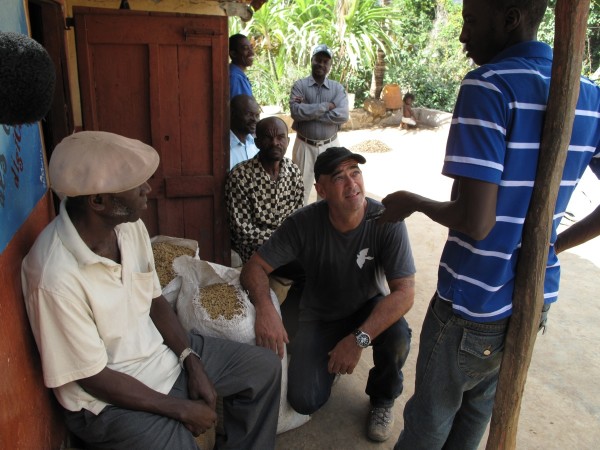 Working with La Colombe co-founders Todd Carmichael and Jean Philippe Iberti, the Clinton Foundation is launching the Haiti Coffee Academy, a model farm and training center in one of the country’s growing regions.

With assistance from the The Leslois Shaw Foundation, the groups are also working with Four Seasons Hotels and Resorts, where a semi-wild heirloom typica variety grown in the mountains surrounding Thiotte will be served this fall in Toronto and New York resort locations. La Colombe is sourcing the coffee and the plan is for more Four Seasons resorts to follow.

Bill Clinton and the Clinton Foundation have long been working to help rebuild and strengthen Haiti’s economy, and the Foundation has raised some $34 million for relief and growth efforts there in the past three years. Clinton has been very public in asserting that Haiti’s coffee industry is critical to the country’s agricultural growth. Haiti’s once-thriving coffee industry has for years been trying to rebound from almost total collapse due to lack of infrastructure and natural disasters.

“The Haiti Coffee Academy will carry on the tradition of Haitian coffee by teaching a new generation the skills of the trade,” Clinton said in an announcement of the program.