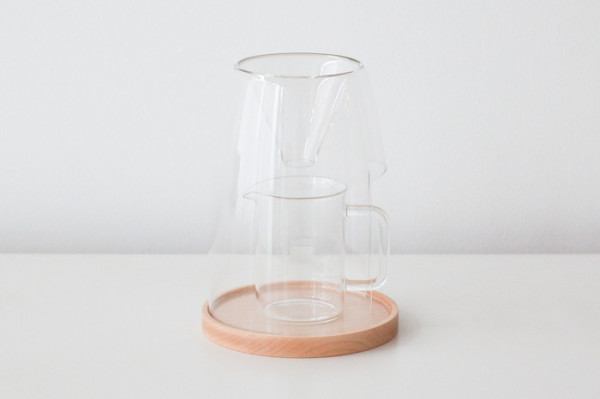 Photo via the MCM Kickstarter

A Chicago-based designer, artist and creative director is about halfway through his nearly $100,000 Kickstarter goal to begin production of the Manual Coffeemaker (a.k.a. MCM), described as “like a low-tech appliance” for manual brewing.

The MCM, the brainchild of Craighton Berman, will be on display this Friday, April 4, at the Rational Park Gallery at 2557 W. North Ave., as part of a coffee pop-up party hosted by Manual and Good Beer Hunting. (Free coffee and doughnuts!)

The concept is simple: The MCM is a freestanding manual brew unit with a wood base, and a low-thermal-expansion glass cone encased by more glass. Slip the glass carafe or a cup of your own through an opening in the outer wall and brew away using compatible filters such as Hario V60s or Able Kones. The glass-behind-glass design creates what Berman describes as an almost ghostly visual effect during brewing. 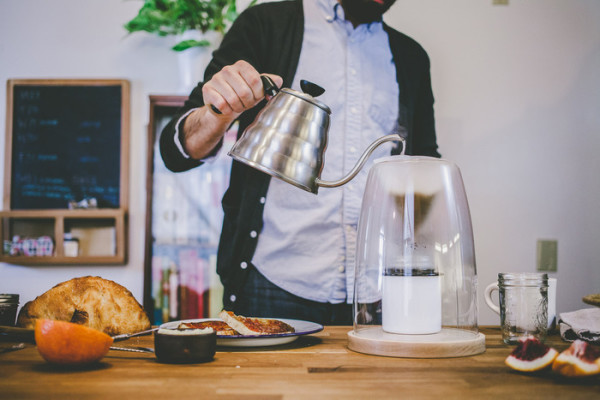 Berman’s biggest pitch is that the unit is intended to be freestanding — a beautiful appliance that holds a permanent place on the counter as the bamboo base develops a patina over time.

Berman, who is behind coffee-inspired Tumblrs Overextracted and the amazing sketch blog fueledbycoffee — the latter is a must-follow for anyone with overlapping interests in design and humor — has been leaning on Chicago’s Gaslight Coffee Roasters to help beta test the MCM. Here are some notes and recommendations from the testing phase, provided by Berman:

In testing MCM has had a slower extraction speed than that of a Hario v60, more similar to that of a Chemex.

I tend to use a 15:1 ratio, so for a 10oz cup, I use 20g of coffee and 300mL of water. For even extraction I recommend a burr grinder that yields a consistent grind. I use a Baratza Virtuoso on setting 27. You may need to dial in anything from 20-30 and adjust your dosing to dial in various types of coffee.

In a thoughtful FAQ designed for more experienced manual brewers, Berman asks and answers this question:

Why not integrate a kitchen scale?

One of our goals with MCM was to make pour-over more accessible to the less obsessive coffee drinker. Measuring volume (in mL) is just as accurate as grams, and much more likely to be utilized with each brew. Less equipment, simpler life. But if you insist on using a scale, the base can be placed on a Jennings CJ-4000 scale (or similar). 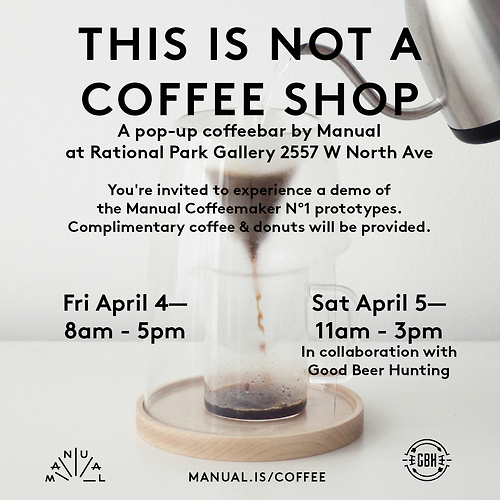