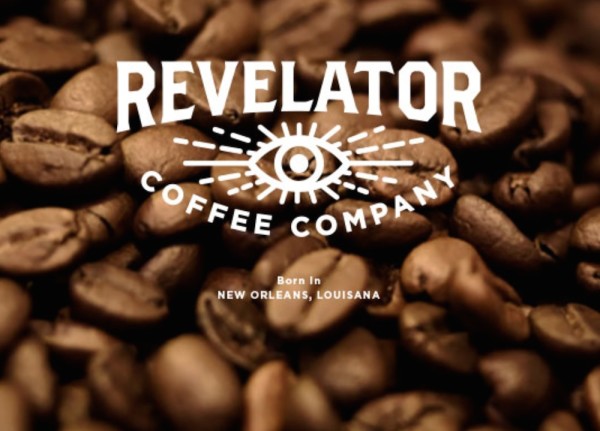 Revelator Coffee is preparing to launch four pilot cafes in the South.

A New Orleans-based coffee startup with some hefty investment backing is planning to debut four coffee shops this Spring, with as many as a dozen more to follow next year throughout the U.S. South.

Backed by a Berkeley-based venture capital group, the leadership of Revelator Coffee Company says the new brand hopes to achieve the same kind of success as other quasi-regional specialty chains such as Blue Bottle, Stumptown and Intelligentsia, while introducing a high-end coffee experience with Southern hospitality to traditionally underserved Southern consumers.

“Our theory is that a lot of people have developed coffee in the Northeast and Northwest, but not a lot of people have put money into the South,” says Revelator President Josh Owen, a lawyer who comes to the coffee world with years of advertising and brand-building experience. “I think people like Blue Bottle will eventually realize there’s a lot of money to be made investing in the South. We think it’s kind of a race so we’re trying to move really quickly.”

Owen says the initial four shops  — including one in New Orleans, one in Birmingham, Ala., and two in Chattanooga, Tenn. — will serve as pilots. Based on their success, the company could expand its reach from New Orleans and throughout the Deep South to as far East and North as Virginia. “This is sort of stage one to make sure it works,” he says.

Berkeley-based Fischer Architecture led the design of the initial stores, with a focus on creating large, open and bright spaces in revitalized industrial and historic buildings.

Each of the stores will be outfitted with Alpha Dominche Steampunks and Slayer espresso machines. Owen hopes the spaces will help create a new kind of “American cafe experience” with no Italian names on the espresso drink menu. “One of the things that kind of drives us crazy is the faux European experience,” he says. “We’re trying to sort of get rid of that and reimagine it as an American experience.”

Revelator is currently working out of a contracted roasting space in New Orleans, and its green coffees are coming from New Orleans-based Zephyr Green Coffee and Minneapolis-based Cafe Imports. Along with simple menu of espresso drinks, an iced coffee and a rotating seasonal specialty drink, Revelator will be offering single-origin brewed coffees.

“Our menu is going to be really small and focused and seasonal,” says Emma Chevalier, who is running Revelator’s coffee and barista training programs after a stint with New Orleans’ Brigade Coffee. “We’re trying to focus on coffee as an agricultural project much like wine.”

Revelator is investing heavily in baristas, hoping to minimize turnover and maintain a knowledgeable staff that can help introduce specialty coffee to consumers in markets that have been underserved in terms of high-end coffee.

“A lot of the specialty guys out there — and I’d like to say this in the nicest possible way — sometimes have an attitude about what they’re doing,” Owen says. “You can’t be like that in the South.”

alpha dominche AND steampunk? Doubling down on bad equipment.

This is whats wrong with Specialty Coffee right now. People think that because they can advertize and are good at sales that they can come in and open a coffee shop / roastery. Personally, I see poorly roasted over priced coffee in the future from these guys and it will ultimately hurt the speciality coffee niche in the long run.

No European names on the menu, eh? So what are they going to call their espresso? “Short, thick coffee?”